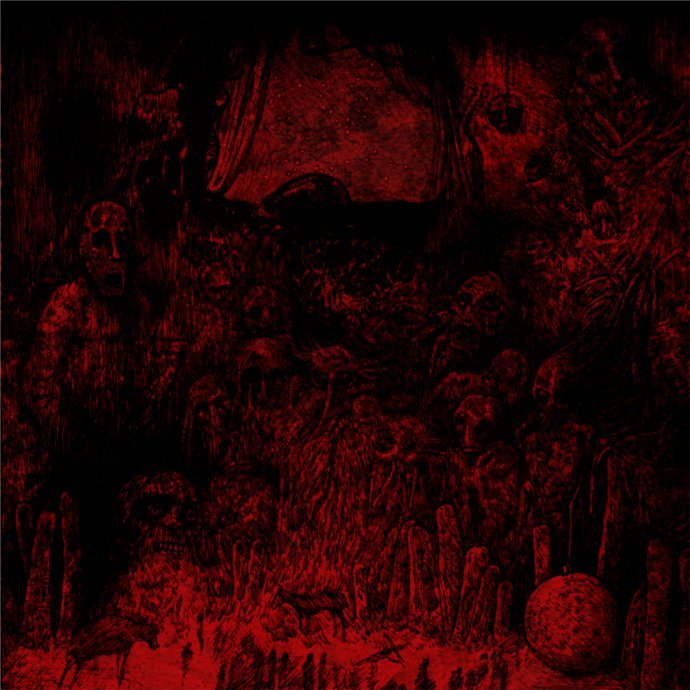 Ordo Obsidium play a delirious mix of sorrow enriched black metal and agony-riddled funeral doom. Constantly straddling between the two towers of orthodoxy and progression, ‘Orbis Tertius’ tightrope walks its way across the failings of others. This gem of an album features incredible composition skills. While the individual parts can be broken down into Emperor like sections of soaring, pompous metal, Mortifera styled anguish, Darkthrone like binary beats and indisputably despondent moments of funeral doom, the placing and momentum of these changes are positioned perfectly. This has all the hallmarks of every orthodox gem littering the corridors or black metal’s past and brings them together in a grandiose vision that raises the bar.

There is something I really do miss about the traditional craftsmanship of orthodox black metal. Aphrenous ignited the spark with their recent EP. There is a poignancy of sound here that has been completely nullified by both the constant advancement and unflinching regression of genres in extreme metal. Bands either seek attention by throwing the tenets of the genre far beyond their comfort zones, or regress too far into primal lust and desire. Ordo Obsidium occupy that middle ground and hold true to the feelings and atmospheres that first allowed you to engage with this music. They are warriors of bygone days that will reignite a fire. They are the soulful reverie of woodland vista’s, pagan rituals and spiritual affirmation. They are welcome here.

While many will feign at the lack of originality on show here, the breadth and variety of ideas on show cannot be denied. Sure, they have taken elements from the most enjoyable moments of metal’s yearbooks, but they damn well excel at manipulating them into an engaging album. Take the input of Balan, whose guitar work excels even that of his LURKER-approved outfit, Palace of Worms. There is not one riff, chord or note arrangement that sounds misplaced. If anything, the guitar, drums and bass sustain each other. They feed off one another. Incitatus does an excellent job at reveling on vocal duties too. His voice is at once a tour-de-force of distress and hopelessness and then a harrowing call to arms. The sound has a murky, organic texture thanks to an analogue recording method. The sum of their efforts is staggering for a band’s debut effort.

Ordo Obsidium come recommended for fans of moody, emotive metal. Think Mortifera and Woods of Desolation, the majesty of Emperor drenched in funeral doom arrangements. There is a soaring, melancholy beauty at play in ‘Orbis Tertius’ where guitars sing of the end, drums stutter and fall under the weight of despair and acoustic meanderings announce frail, broken dreams. Huge, wailing leads wrestle as doom and dementia take hold. The sheer splendor of closing track ‘By His Unflinching Hand’ is reason enough to purchase this. Available now through Eisenwald. US acolytes should pick this up from Flenser or Ominous Domain. Check out some samples below.

Emptiness Under The Moon: