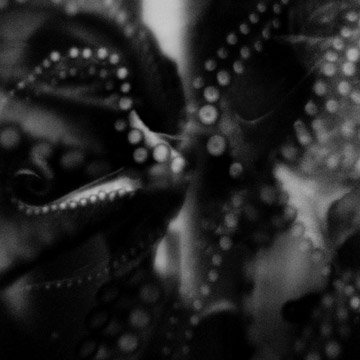 Like a spectral entity resurfacing from the murky depths of the Pacific Ocean to prey under a new form, Ural Umbo has sought to reinvent itself. By applying a heavier, coarser sound to their sparse, haunting melodies, Delusion of Hope creates a whole new experience that doesn’t depart too radically from their previous releases but brings a new level to the intricate textures they’ve engineered throughout the last two years. The psychedelic tingles of kosmische, the heaviness of drone-doom and the seduction of dark ambient find a common place once again, pushing ambience away from the background in order to give it a more active role in the listening process, and effectively turning the listener into another protagonist of their constructed nightmare.

Sometimes it’s really difficult to translate highly evocative music like this into more concrete media forms such as literature or film without missing a great deal of the overall experience, it requires an in-depth knowledge of the craft and a good amount of imagination to be able to give the music a worthy interpretation. The video for ‘Self-Fulfilling Prophecy’, however, successfully breaks the boundaries between the intangible sound and the visual, reusing motifs of their previous work and wrapping them in an overbearing sonic embrace.

Here we have it: the seduction of the female figure contrasted against the shallow waters where the unknown dwells, the tentacles of the squid lurking in the depths, dark hues choking the flesh as the feeling of loss assumes a tangible form, transposing visually the overall concept of the album; the “delusion of hope” becoming apparent in sexual climax. It’s beautifully cathartic and retains a sense of dread and tension colliding in a scene both Ingmar Bergman and H.P. Lovecraft could have orchestrated in a similar fashion.

Beyond the catharsis of this song, the other pieces display a sensibility and careful planning that allows them to incorporate even more elements. The deeply layered and dissimilar textures complement the monotonous guitar drones and sparse metallic notes with blistering synths reminiscent (when decontextualized) of the calmer aspects of the kosmische era. The sampling assumes a stronger role in this album compared to their previous ones, buried as it is beneath the feedback and percussion.

Delusion of Hope was released via Utech Records in clear LP format (including a CD with different artwork) limited to 300 copies. Personally recommended as one of the best albums of 2011, a quality product like this deserves serious attention.