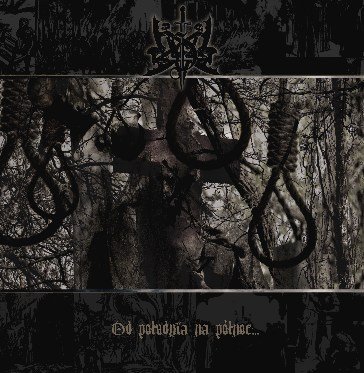 I don’t normally go in for New Year’s resolutions (let’s be honest – they’re a load of shite) but over the last few months I’ve grown pretty sick of the way I listen to music. Before I got hold of an mp3 player with a decent capacity a few years ago, it was a treat to stick an album on and give it my full attention – something I managed to do only once or twice a day, but made the most of when I could. Over the last year or two, however, I’ve found myself cramming my ears with music whenever I’ve got a few minutes spare. I’m a busy guy, keen to keep track of new metal, and have enough great albums as it is that I just want to listen to on repeat; and so I seize every opportunity to stick my headphones on and listen to a few tracks when I’m walking between places, buying groceries, cooking, even brushing my teeth. One way or another, this adds up to a good few hours a day spent listening to music, and I manage to get through a fairly formidable number of albums every week. But even though I’m giving the music most of my attention, the satisfaction’s not what it used to be, for two reasons.

First, I’m always trying to get through as much music as possible, without showing any one album the love it deserves. I miss the days when I’d have to wait till I could afford a new CD, and then would play the fuck out of it. Total immersion – that was great. Second, however much I love listening to music, there comes a point where you completely saturate your brain with it and begin to resent the fact that you’ve still got several tracks to sit through before the album’s over. Proper listening is exhausting. What’s even worse is that if I’m reaching saturation point every day, I never have the energy to play or write any music myself. I’m sure this is normal: reading interviews, there’s only the occasional Fenriz-figure who devours as much music as we do and still has the drive to create.

So here’s the plan. Every week I’m going to pick out seven albums and listen only to them. I’ll make sure at least one of them is a new release, and at least one is a bit of a challenge to my tastes: that is, something lots of sensible people like, but that I’d not normally check out off my own bat. That way I ‘ll avoid stagnation without saturating my brain with new stuff, but make sure I give enough time to the music I love. Otherwise, I’m free to put as many Sargeist albums on the list as I like. Secondly, I’m going to make sure that when I’m listening to music, I’m doing it properly and enjoying it too. Wading through an album out of a grudging sense of obligation is just insane. It’s time to make listening a privilege again.

Even seven albums is quite a generous weekly allowance, but it’s a lot less than usual. (How many albums do you all generally get through per week? I’d be interested to know.) I reckon I’ve got the backbone to stick with it. I’ll let you know if it makes any difference.