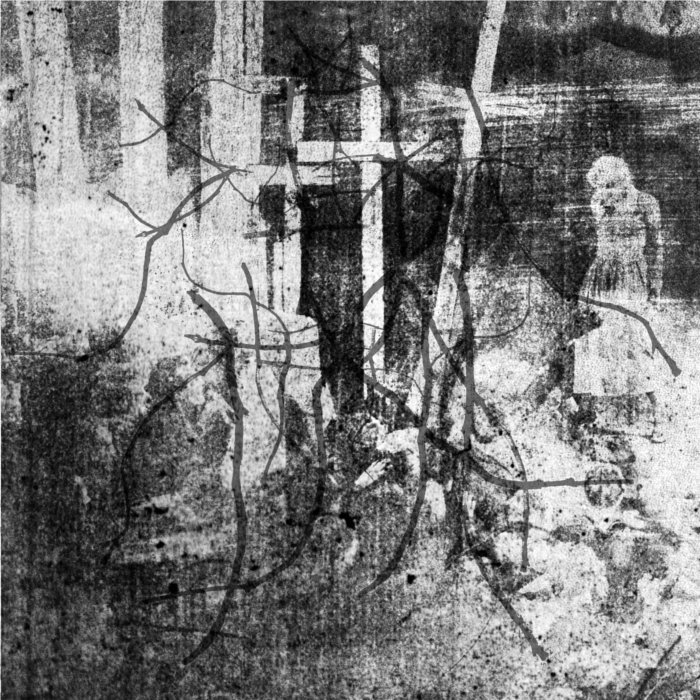 The power of music, whether joyous or cathartic must steal on one unawares, come spontaneously as a blessing or a grace.

The platonic form of catharsis. That is Larvae by Sutekh Hexen, who have grown over this last year to become a leader in noise-addled black metal. Layering their din over barely audible drums, treble-firey guitars and a murderous approach to vocals are all just the starting blocks. What ascends from beneath the raging waves of sound is nothing short of uplifting, transcendent. Larvae is the crowning achievement of this rising star.

Album opener ‘Isvar Savasana’ is a ritual clothed in blinding white robes and weaves a tale of release. What begins as ambience soon layers into a ritual of clear guitar and peace. The calm before the storm. The coupling of black metal and noise has never reached such a plateau of intensity. It lunges at your ribcage like a bastion of knives. Repeated listens reveal processions of battering-ram drums, fleeting melodies and delicate structures. This huge contrast is a welcome, reoccurring theme in Larvae, which may seek to bring the ritual of Sutekh Hexen greater acclaim.

What makes Larvae stand out above the rest of this act’s back catalogue is the sudden meditations on light. In the past, Sutekh Hexen’s output has had a decidedly dark aura about it. On Larvae, clean guitars, harmonies and rhythmic sways reveal a magic previously untapped. Closing track ‘Let There Be Light’ is a prime example where an acoustic guitar is caught in the aftermath of field recordings and background noise. Dwid Hellion’s deep mumbles serve to narrate the calm and add a more human layer to proceedings. Not that I’d ever really consider this direction a compromise by the band. All concerns are blighted out in the final death throes with a trademark, wall-of-noise riff that catches you off guard and leaves you alienated.

On ‘Isvar Savasana’, the savage black noise is segmented between sections of clarity. Aside from providing respite from the chaos, these moments of light provide a neat juxtaposition between two opposite worlds. The dynamic range of this outfit has increased, tenfold. The darkness is felt that much more thanks to the light. It highlights the catharsis in a way I wish more noise related projects would understand. I give Larvae LURKER’s highest recommendation for its colossal ability to affect the listener. A voyage quite unlike anything I have taken in a long time. Larvae will be released by Handmade Birds in the coming months.