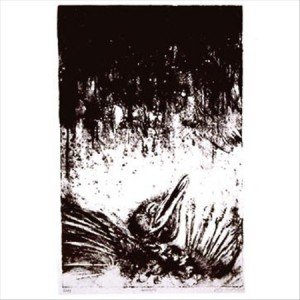 Constant progression has been the implicit premise behind Stuart Dahlquist’s brainchild since its beginning, back when it was barely transitioning from Burning Witch’s ashes. The metal roots were definitely there, but even at that point (with the Caprichos/Rift Cannon Dreams split) there was something different at play when compared to the other bands in its genre back then:  the cathartis, the tension and the deepest attention to the most minimal arrangements. Seven years later, with three LPs in their back catalog, Asva is still a fine example of progress within experimental metal.

It doesn’t seem accidental that Toby Driver decided to take part in this project, at a moment when the band decided to take a step further in their experimental output: Kayo Dot did a similar thing last year with Coyote, stripping the band of what little metal influence it had left and delving into straight-up jazz, displaying traits of what they had in mind since Choirs of The Eye. It seems the Asva folks were just waiting for the right opportunity to take a similar leap, slowly cooking for three years what could be considered their most daring effort to date, Presences of Absences. A collaboration made in heaven.

‘A Bomb In That Suitcase’ brings with it a sense of dread and uncertainty, displaying from the beginning what the album consists of: minimal, brooding Hammond sections almost concealing the heavy bassline in the background, low key this time, allowing Toby’s poetry to guide the songs. But as soon as the guitar riff drops and the syncopated drums kick in, the mood changes and the aura of uncertainty is lost, replaced by the awe-inspiring trumpet and metal instruments floating in the emptiness, creating a subtle contrast of sounds, taking full advantage of the resonance of the droning notes.

‘Birds’, the shortest song on the album, recalls some of Kayo Dot’s slower songs, but instead of the soft guitar picking and sax solos, the Hammond organ/bass duo takes most of the space left by Driver’s vocals masterfully dominating the piece.

The title track starts with a soft a capella sample of an Indian lullaby setting the mood for the longest song of this album. Then overlapping organ notes create a vibrating tension only coiled tighter by the short outbursts of drums, invoking the heavy guitars to explode near the middle section, the catharsis in this composition. Its simplicity makes it more compelling as a piece, since minute details like the metallic sounds beneath the guitars shine through, adding a rich depth to the song. The Hammond takes over again until the end, building up to only to crash again.

‘New World Order Rising’ is the last song of the record, taking a more gentle tone as Driver’s chant-like vocals soothe the vibrating Hammond, slowly taking over.  As if it wasn’t enough (in a similar fashion as the opening song) the guitar/bass duo break out with a heavy delivery, transforming the peace into a chaotic, overbearing soundscape, but still dominated by the organs.

The deep personal attachment Stuart Dahlquist feels towards these carefully planned pieces is obvious. Presences of Absences is an album full of nuances that requires extra attention from the listener due to its inherent simplicity and low key approach to songwriting, but its detailed structure and sonority is guaranteed to fulfill any expectations towards this would-be ‘classic’ album. Asva has evolved and matured, but far from neglecting its roots, it incorporates and grows with them, refining them in the process to what we have now.