At the start of this year, I resolved to curb my voracious appetite for music and listen to just seven albums a week. Here are my choices for the first week of 2012, which turned out to be a prodigiously excellent bunch. Keep an eye out for a (probably much briefer) post on my picks for the second week. In the meantime, tell us what you’ve been listening to this year, old or new. Go on, fill up that comment box. 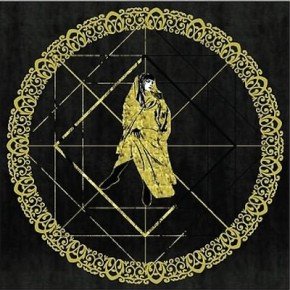 I was an easy convert to Ms Kemp’s music after 2008’s Unholy Majesty, which combined an astounding voice with some earth-shaking heaviness and traditionally strong songwriting. For some reason I took a long time to check out its successor, Golden Shroud, which is a very different album. Three long songs cover a wide sonic expanse with elements of bluesy metal, extreme doom and some quirky folkier moments, including some bafflingly great a capella passages. The riffs mark a huge step up from the last record, and Kemp is takes a lot more risks with her voice, even braving some strange inward garglings on the fantastic centrepiece, ‘Blood Run Red’. Golden Shroud has been a perfect accompaniment to the brighter days of the English winter, and I could happily have survived the week on this album alone. 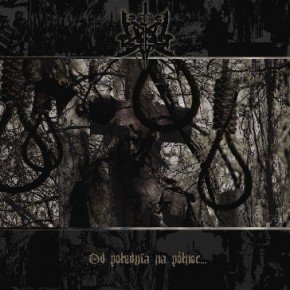 This fairly obscure Polish project is one of my favourite discoveries of last year, which I owe to Noktorn of the mighty Trial By Ordeal. This man has released 14 insanely complex albums in just ten years, and everything I’ve heard from him has been excellent. Falling somewhere between the dense orchestration of Summoning and the drive and intensity of latter-day Graveland, Hellveto’s records offer a unique and often difficult listen. Od Południa na Północ, the first of a trilogy of albums, is quite unlike any other I’ve heard from him. Many of the songs hover around a single chord, which takes some getting used to; but gradually the real beauty of the music works its way to the fore and you start to pick out the recurrent motifs and small-scale detail that make it such a great album. 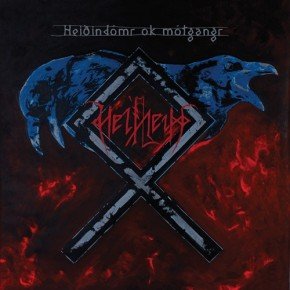 The reviews I read of this excellent album all express some surprise at the relative unpopularity of Helheim – Norway’s other progressive blackened Viking metal band – compared with Enslaved. But as far as I can tell, there’s no mystery. Enslaved specialise in catchy and accessible anthems that draw heavily on the aesthetic palette of prog rock without really being all that experimental. Helheim, on the other hand, are driven more by the adventurous spirit of prog than its melodic appeal. It’s also a lot darker, sounding at times rather like Taake (Hoest, in fact, contributes some vocals on ‘Dualitet og Ulver’). Heiðindómr ok mótgangr is a lot to swallow, but having stuck with it for a week it’s clear to me that this was one of the finest records of 2011. 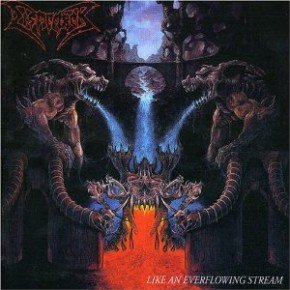 One of the most important things in life is having easy access to music that’ll tear your face off. This becomes immediately apparent once you put a cap on the number of albums on your player. Work getting you down? Take a two minute break, blast ‘Soon to be Dead’ and return to the fray ready to wreak some havoc.

Dismember – Soon to be Dead 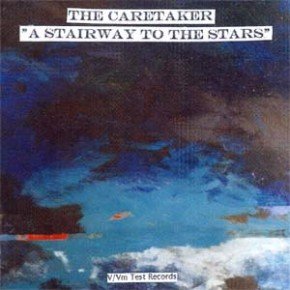 I chose this album to satisfy any ambient cravings I might succumb to during the week. Oddly enough, I didn’t get round to playing this even once. As some of our commenters pointed out, there’s no use listening to music if you’re not in the mood for it; and as anyone who has heard The Caretaker will know, his music is suited only to very specific moods. For anyone who hasn’t, it’s essentially a bunch of old records played through a lot of effects – a copyright lawyer’s nightmare/field-day. It’s soothing, disturbing and often brilliant. 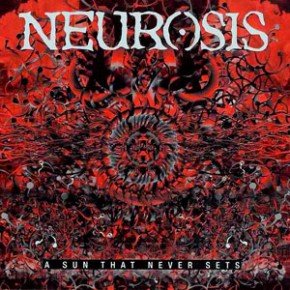 Not a kind of music I usually go for, the praise heaped on this band has nonetheless convinced me that they deserve a fair shot. This is a well-written and memorable record that conjures plenty of strong images from the natural world and Old America. There’s not always enough going on to sustain a grip on my attention, but it made a good accompaniment to walks in the woods. I’ll keep exploring the band’s discography, but maybe not quite yet. 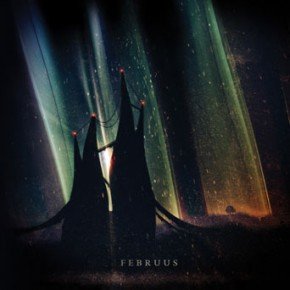 The compulsory comfort-zone-expanding choice for the week, Februus is one of the better records to come out of the modern wave of progressive metal dabbling in djent-y sounds. While much of that stuff is truly execrable, marred either by non-existent songwriting or disgustingly saccharine vocals (e.g. Periphery), I really enjoyed Vildhjarta’s Måsstaden album and thought I’d give this one a go. It’s a slow grower, but has a lot of strong points: the structure and flow of the record is genius, they have a good head for ambiance and texturing, and the clean vocals sound like a mix between Garm and Ihsahn, which works well. Uneven Structure are at their best when building tension between suppressed polymetric chugging and gentler textures. The first two minutes of ‘Frost’ contain some of the most powerful music I’ve heard in a long while. Give it the chance it deserves.