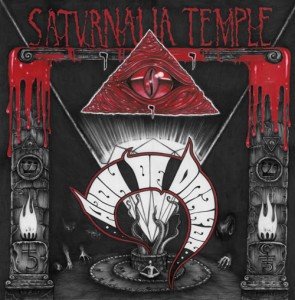 There’s a firm place in my heart for genuinely occult music. As a genre, metal has always flirted with the image and iconography of satanism, so it’s odd that there is so little in the corpus that legitimately either seeks or manages to channel actual Luciferian energies. Second wave black metal for all of its posture had very little to do with actual devil worship, and from our own shores there was the embarrassment of bands such as Akercocke who, however good musically, treated the spiritualism they claimed alignment to with abject scorn. Thankfully, we’ve moved on to more enlightened times and due in part to a revival in left-hand path occult philosophies throughout Europe, we’re now living through a genuinely exciting period for anyone who likes their metal more sinister than a hyperbolic press release and confused sentiment.

Obviously, there are several high-profile followers of this path with Watain and The Devil’s Blood being particularly well received. There’s no denying the strength of either of those bands but it’s also fair to say that the trickle down from the breakthrough bands has allowed for some amazing flourishes of genuine, sinister Luciferian art to shine through to an ever increasing audience.

Saturnalia Temple is a fine example of the power of this movement. Pure Pentagram/Sabbath/Celtic Frost worship abounds with bass so deep it emanates seemingly from within and riffs so completely swamped in fuzz that it’s not long before you realise you’ve completely lost your mind in a chaotic, inescapable sea. Influences acknowledged, Aion of Drakon complete avoids any charge of being derivative. There is so much here that is completely unique that it’s fair to say one of the album’s triumphs is its ability to move from a template of familiarity into something completely alien. Of note are the incredibly distinctive higher register vocals, which seemingly vibrate through the fabric of another reality while musically, all simple paths are refuted. Riffs twist and turn 180 degrees and just when it seems that Saturnalia Temple are going to lapse into predictability, they manage to totally divert and confound the listener’s sense that any of this is in any way well-trodden ground. The effect is of a total loss of coherence. The outside world ceases to exist and all that remains is complete ritualistic focus.

This is an album that revels in its own madness. There is something incredible being created with every note and when taken in culmination, it is audio representation of energies from beyond our reality. There is something so satisfying about the emergence of this new cult, and bands like Saturnalia Temple are leading many to question why we even bothered with the hypocritical, controversy stirring of old. The old gods are dead, and with them the sheep-skull, “hail Satan” posturing. In their place, we have ritual that will transport both soul and mind to a realm of utter madness. Turn the lights off, light the incense and put Aion of Drakon on loud. Ignite the Black Flame, and go to Him.