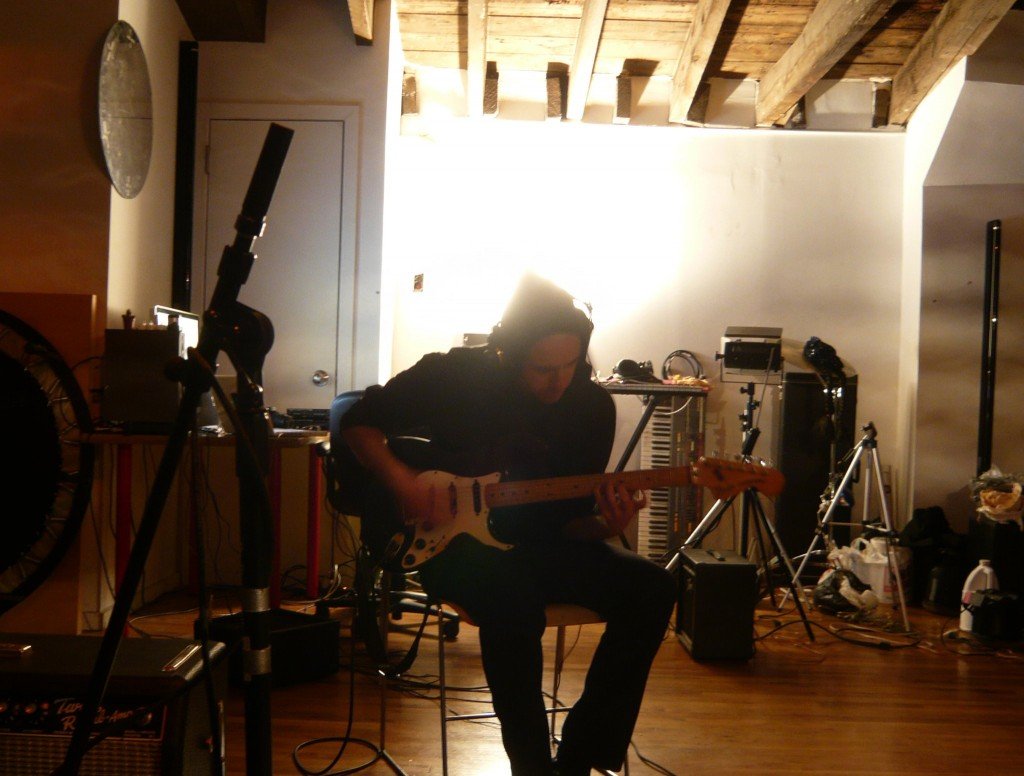 “I cry into my pillow each night wishing I could write music like this.” – Toby Driver on Mario Diaz de Leon 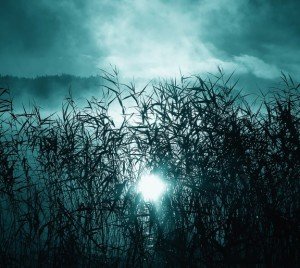 When one’s all-time favourite composer touts another as “flawless”, you tend to sit up and take notice; so said Toby Driver on Mario Diaz de Leon’s Enter Houses Of (2009) in Tzadik’s Artist for Artist feature. In particular, he hailed Diaz de Leon’s ability to blur the lines between acoustic, classical instrumentation and ear-shattering blasts of power electronics and processed synthesizers, melting them down together in a breathtaking and highly calculated brew of organic chamber jazz chaos.

However, as it is generally not the done thing for avant-garde contemporary classical composers to make the same noises ever again, with this year’s Hypnos Diaz de Leon has taken a decidedly different direction. The album is a piece solely for synthesisers and guitars, although admittedly it is not easy to discern whether the heavy, low rumbles are one or the other.

And what a delirious, hallucinatory, hypnotic journey it is. Like Philip Glass dabbling in trance music, opener ‘Oneirogen’, which can be sampled along with a video below, surges forth powered by intricately arpeggiated synths, tossing the listener around in relentless bursts of colour. The inhuman programming brings a great intensity, flinging the melodies forward at speeds beyond even the most dexterous pianists. From here, it’s clear that Hypnos is constructed of two distinct tones: one dense and dark, the other light and airy. The guitars and electronics will switch places between these roles at whim, yet both sections are so processed and contorted that they often appear indistinguishable.

It’s this unpredictable interplay that makes Hypnos such a thrill and every composition as vital as the next, a rarely seen trait among the noisier echelons of electronic music. ‘Consumed’ and ‘Hypnocaust’ carry a slow, sinister and doom-like flavour, pierced by industrialised shrieks and harsh distortion. Then ‘Cinerum’ and ‘Faithless’ evoke the kind of mournful walls of sound more familiar to Velvet Cacoon, with the incessant whirr of the arpeggios replacing the need for any percussion or beat and driving the pieces on like a hell-bound freight train. A whispered vocoder joins the symphony in the latter of these two tracks, developing from a laconic sigh into a scorching black metal screech.

Indeed, the penultimate piece, ‘Kukulkan’, betrays Diaz de Leon’s debt to extreme metal. Here, guitars can be identified for the first time, plucking away atonally over a pulsating synth drone until they summon the strength to charge ahead in a frenzied tremolo reminiscent of Locrian and Blazebirth Hall equally. The lilting melodies are then gradually warped beneath the ambient haze to the point of a bleak heaviness worthy of dronemasters SunnO))). This exhausting trip of hallucinations, day dreams and nightmares is closed by ‘Dissolution’, a haunting fragment of a melody that will have you splayed out in ecstasy across the floor of your dungeon.

Hypnos hasn’t left rotation in days and will continue to relinquish many treasures for years to come. Drawing upon a wealth of influences from across the classical tradition, electronic and ambient spheres, and heavy metal alike, this is a must-hear for any enthusiast of left-field music. Based purely on the amount of enjoyment I have absorbed from this album, I would hazard to say that this will be one of 2012’s finest.

Hypnos was released on January 24 via Shinkoyo. It’s also available on iTunes and Amazon.