Heavy metal and fantasy fiction go hand in hand because both mediums share the astonishing ability to tear the beholder from their everyday surroundings and drop them in a totally foreign age or universe. It’s been an alliance forged in blood and steel since metal first started developing its own conceptual identity, and bands tend to make no secret of the influence certain authors have had on their image and creative direction. So it seems reasonable to believe many lurkers have drunk deeply from the fonts of J R R Tolkien, H P Lovecraft and George R R Martin, maybe rolled more than a few saving throws in Dungeons & Dragons, or perhaps even watched the sun rise from the Shrine of Azura in last year’s video game blockbuster The Elder Scrolls V: Skyrim.

For while acts like Paysage d’hiver and Graveland can evoke thoughts of crawling through tundra and forest armed to the teeth, Skyrim allows you to do exactly that in an enormous snow-covered world beleaguered by dragons, giants and bastard elves. It’s every metalhead’s dream. Seriously, ever wanted to sacrifice a priest to a demon? You can do that. Wrestle a polar bear? You can do that, too. Slay a dragon? You’ll be doing it several times a day soon enough. To say the game is immersive wouldn’t do it justice – there’s literally hundreds of hours of playing time covering what feels like the area of Greater London. But it is not just the startling graphics, grandiose terrain and gripping storyline that work together to enthral the player; the soundtrack also stands out as perhaps the most remarkable body of music ever to come from the realm of gaming. So much so that it begs the question: Are we allowed to call computer games art yet? 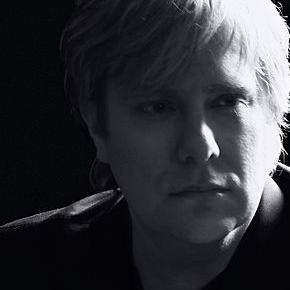 Developers Bethesda enlisted the incredible talents of Jeremy Soule to compose the soundtrack for Skyrim, which would be his third outing with the company following his work on the two previous instalments of The Elder Scrolls saga, Morrowind and Oblivion. Soule’s reputation precedes him. He’s been dubbed “the John Williams of video games” more than once and there’s a slew of brilliant, forward-thinking titles to which he has contributed, including Icewind Dale, Dungeon Siege, Baldur’s Gate: Dark Alliance, and Guild Wars. It is these epic European fantasy-style adventures that suit the scope of Soule’s work best, but it was with the legendary Squaresoft that he got his big break after sending them a single demo. They set him to work on Secret of Evermore straight away.

In an interview with IGN in 2001, Soule said he had initially set his sights on becoming a concert pianist, despite having achieved the equivalent of a Master’s Degree in composing while still attending high school. However, after discovering video games, he realised how much they could be enhanced with a worthy soundtrack, thus leading him to approach the big-gun developers with one of his own devising. Soule added that his greatest influences are “Debussy’s exploration of harmony, Wagner’s grand operas… and Mozart’s form and composition”. With such titans of classical music behind Soule’s sound, it’s little wonder that he is able to turn pixels on a screen into a truly moving experience.

The music of Skyrim has raised the bar for the industry. As the technological capabilities of video games continue to evolve at speed, every element of agame’s artistic direction must be brought up to scratch. Soule’s score goes above and beyond by channelling the essence of the finest movie soundtrack moments and beefing them up, intensifying the melodrama to make every scene toy with the player’s emotions in exactly the right way, no matter how random the event may be. Like when, unknown to you, a party of bandits emerges from the woodland and lands an arrow in your back. Bursts of staccato strings suddenly fill the air and the player’s heart leaps as they swing around in blind panic, trying to identify their attackers. Or when you don’t even know where you’re going, hopelessly lost amid the white of mountains and glaciers. Then a soaring violin melody floats out of the ambience and forces you to stop questing and marvel at the beauty of this virtual realm. For a moment, it all feels like it could be real. 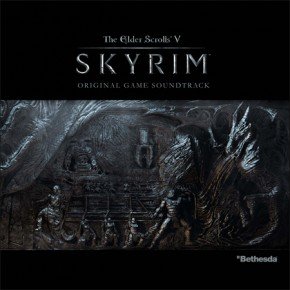 Soule encapsulated how he achieves this feat in the same IGN interview. “We review the game with the designer scene by scene to understand exactly what the player should be feeling at every moment,” he said. “We then create music that helps establish the pace and mood of the game. Faster, slower, darker, brighter, more ominous… we can make the player feel like a super hero or a super loser. We can make them cheer or scare the hell out of them. Whatever mood or emotion the designer or developer wants the player to feel is what we deliver through music.” And he’s spot on. The producer told him he wanted Skyrim’s main theme to sound like it was being sung by a horde of barbarians, so Soule simply arranged a 30-man choir to boom out the runic dragon language formulated for the game, overlaying three takes to get the imposing effect you hear on the title screen.

But all this neglects to reveal how Soule’s compositions stand up without the rest of the game in the foreground. It seems strange to suggest, but they fare incredibly well. The reason for this boils down to Soule being a godlike composer. In a 2009 interview with RPGfan.com, he denied being a musician of a particular style, instead referring to himself as a “music practitioner”, someone to whom music of any kind comes naturally. “I can engineer music just as someone at Boeing might engineer an aircraft,” he added. As a result, Skyrim’s atmospheres encompass everything from triumphant neo-classical orchestras, to delicate and ancient folk, to brooding dungeon ambience. Free from the visual cues of the game, the soundtrack becomes a magnificent showcase of a composer in his prime, with each piece as involving as the next. In light of this, it’s odd that Soule’s influences – Wagner, Mozart et al – are so revered by the music-devouring public when there’s an equally artful maestro hidden between the Xbox games on their adolescent child’s shelf. Regardless of your familiarity with video games or Skyrim, check this stuff out. You can buy the soundtrack directly from Soule here, but LURKER has arranged some choice cuts below.