The constant hype train is the most tiresome aspect of music journalism. Every year, a handful of albums are widely hailed to be the best thing you’ve ever heard. And that’s fine. But after another few years, these records rarely possess the staying power that all the critics had suggested. They fade away into obscurity, all but forgotten, while the hordes of writers, blogs and publications desperately scrabble around for the next flavour of the week. In a bid to stem our frustration, LURKER will occasionally be forced to celebrate our favourite classic albums, records that have stood the test of time and will continue to do so. In the first of these columns, we launch into a defence of the occult mysteries lurking beneath Dissection’s much-maligned Reinkaos… 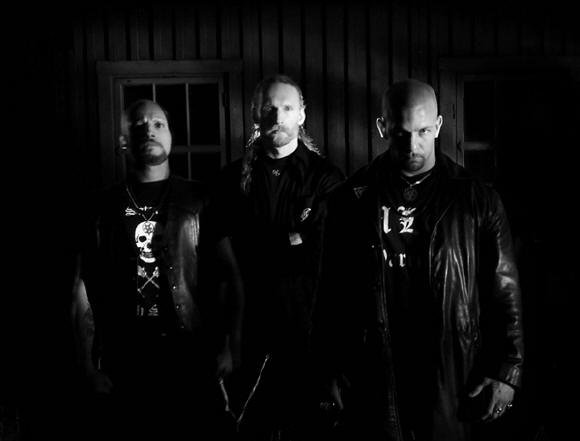 Fans of extreme metal are by nature prone to a certain world view, one that sets us apart from those who consume the product of other genres. Our tendency is towards the analytical. How many times have we debated, verbosely, the minutiae of a release? Thrashed out the issues over every note, lyric and movement of a record that is ostensibly about raping Christ and praising Satan? The question is rhetorical, but if it wasn’t the answer would be “too many!” Where does this desire to understand and interpret come from? Is it an inherent function of the music, or an inherent part of us as the extreme metal audience? 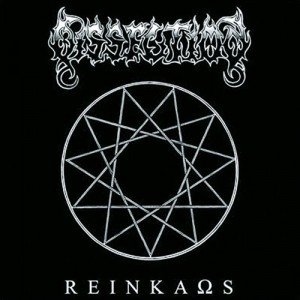 From my own position, I have always been fascinated by the occult for the same reasons that I’m fascinated with extreme music. The desire to understand something symbolic, to process, learn from and unlock the secret to something preternatural. As a black metal fan, I am most satisfied with output that has a natural affinity towards this world view, and that intersection between the musically intriguing and the metaphysically compelling has never been more apparent than on what I would defend aggressively as one of the best extreme metal releases of all time, Dissection’s much-maligned Reinkaos.

There’s no need to dwell on context, as everyone reading this publication will at least be aware of the Dissection narrative. I choose instead to focus on what makes this such a compelling record, and why it is well worth your time to revisit it.

The critique has always focused on why Reinkaos wasn’t a return to form, why it didn’t live up to expectations and why earlier material is so much better. This view fails to account for what made Dissection such a powerful force in the first place, and why Reinkaos is a distillation of this essence, not a dilution. My contention is that this argument approaches the album in the wrong way. Dissection was never about orthodoxy, after all they were one of the first to mix black and death metal in a distinct rebuttal to the genre tyranny of the early 90s scene. No, Dissection was all about philosophy. They were a channelling of something pure, sinister and genuine. Time has exposed the Satanic posturing of the Norwegian scene as nothing but farce, but for Dissection there was a legitimacy that would lead them to the only possible conclusion. If you want to talk about sincerity within black metal, then talk about Dissection.

The reality, then, is that as much as Reinkaos was a musical departure from previous work, it was the logical progression and indeed conclusion of the Dissection project, and stands alone as one of the most powerful works created under the extreme metal banner. Arguably, it is a transcendental work that, while using metal as a platform, goes far beyond being just another album. Instead it was a totemic work of art that anyone attuned to the energies that black metal claims to represent will feel a deep affinity for.

So why so much praise? First of all, let’s address the instrumental aspects of the work. No, the frozen tones and sinister riffs of the past are not present, but is what has replaced them any weaker? No. Guitars, drums and bass act in unison to create a legitimate power. There is a martial element to the record that serves to underline the theology at the core of this record. Far from lacking in riffs, what Nödtveidt has done is extrapolated this martial essence to create a unifying musicality, which is but one aspect of what raises Reinkaos above the norm.

From the opening strains of ‘Beyond the Horizon’ to the closing victory dance of ‘Maha Kali’, the instrumentation is evidence of a musician with a vision. Rather than focussing on a lack of “memorable” riffs, we should reflect on what makes the better artist – one who can create a handful of riffs that they can make the centrepiece of some otherwise unremarkable songs, or one who can recognise the need for restraint. Nödtveidt understands that theme, timbre, texture and cadence are the strength behind strong song-writing, not simply being able to deconstruct a chord.

That said, it is not the guitar, bass or drum work that defines this album. It has been said that Reinkaos is not simply an album, but a grimoire set to music. This is absolutely true, and why Reinkaos goes beyond the sum of its parts. The thematic context is Gnostic-Satanic theology, a belief system that would take multiple essays to explain. Suffice to say that the entire work is a dedication to the gods of the Left-hand Path, and a symbolic cipher that unlocks this complex spirituality. Simply put, Reinkaos is a legitimate work of magick. The lyrics are coded lessons, instructed in the same way as any great occult-philosophical author would transmit their wisdom. The numerous invocations included within various songs are more than just posturing, but necessary to cause fundamental change in the perception of the listener and open their minds to receive what is being offered.

Of course, one doesn’t have to absorb the record in this way, but my challenge then would be why bother with this genre at all? If we deny any level of inquisition, then what sets our niche apart from any other? The vast majority of music genres, even within metal in the broader sense, are replete with surface-level appeal. We like 4/4 beats and major-key harmonies because we are instinctively and biologically pre-programmed to do so. Reinkaos is a test, and one that should force anyone who claims to be into these genres to question what they’re here for. This is the real thing, genuine Satanic energies being invoked and transmitted through music. It’s easy to play at this, to wear the t-shirts and namecheck the necessary bands, but an album such as this confronts the unworthy with an uncomfortable question. Are you for real, and do you see beyond the surface, or is this just another form of entertainment to you?

Extreme metal isn’t about being a caricature. It doesn’t involve wearing corpse paint to gigs and changing your name to KriegsTrooper SvartFuck and the over-compensation that we see in our scene is typical of people who have, for want of a better analogy, bitten off more than they can chew.

We can’t spend our lives subsumed in darkness, and those who do so are mentally ill, not “more true”. As rational, rationalising fans of a genre which explores internal and extrenal darkness, however, we should be able to look into ourselves and analyse what we find with the same attention that we use to analyse the latest scene release. Whether this inner darkness is symbolic or part of some sinister extra-terrestrial force, Reinkaos stands alone as being the greatest representation of this that I have ever heard. It transcends metal and transcends music to become a genuine pathway towards understanding this microcosmic/macrocosmic duality. It stands alone, therefore, as the pinnacle of Dissection’s creativity, and when you understand its symbolism and what it has brought into the world, the legacy of Dissection will become clear.