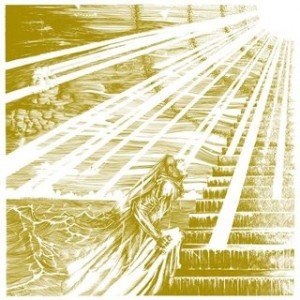 Traditional heavy metal is such a gloriously overblown genre. More often miss than hit, the stereotype is of badly dressed “dudes” replete with mullets and faded Accept t-shirts. When it works, it delivers pure feel-good essence, framed in melody, vocal dexterity and a sense of fun often missing from other kinds of music. Dawnbringer play traditional heavy metal, and they do so expertly. Infused with that particular American quality that makes for such a distinctive listen, Into the Lair of the Sun God is a truly jubilant record, full of swagger, confidence and that particular vitality that calls for compulsory head banging.

Guitar tones are so warm that the interplay between them and the distinctive vocals of Chris Blacks become the cause of much serious fist-pumping. This is an album that takes the concept of an infectious groove and dials it in with such mastery that the overwhelming vibe of this record becomes one of serious positivity. The lack of track names adds to the charm and reinforces the wholeness of the work. This is very much an album to be taken in its entirety and as the story unfolds, each diminuendo and crescendo takes the listener on a journey deeper into the world that is being summoned. It’s almost like listening to a musical; such is the scope and scale.

Somehow, this is all at the avoidance of pomposity and it is great tribute to the band that not once does the record descend into farce, even as the sturm und drang of ballad ‘V’ rises, monolithic in its emotive rhetoric. This is a triumph of a record which is impossible not to get swept up in. Dawnbringer have utilised true artisanship to create an entirely unique work that achieves the rare feat of demanding an immediate replaying as soon as it’s finished. Available now on Profound Lore, this is absolutely essential for all.