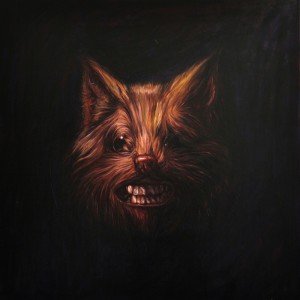 There are a couple of clear messages in Michael Gira’s statements regarding The Seer and his ultimate goal with the band that also go hand in hand with the reasons behind their reunion two years ago. If one listens to the hectic, dense delivery of this double album, it’s easy to understand how SWANS is a flame that will never go out and will always strive to move forward, appealing to as many likeminded individuals as possible, sharing the same potential to influence and astonish with its performances. While My Father Will Guide Me up a Rope to the Sky felt more like a natural successor to Soundtracks for The Blind, The Seer manages to stand on its own, showing traces of earlier works like The Great Annihilator and its brilliant songwriting, all the while developing a style which grew out of their latest live performances, loaded with drained-out riffs and low-key tremolo picking and complemented by all sorts of instruments brought by dozens of guest artists. It’s given the band a new sound that sets it apart from a mere heavier incarnation of the Angels of Light, one of my primary concerns about their reunion album.

But The Seer way feels more accomplished in the same way Soundtracks For The Blind originally was, and a good way to recognise that development is when one hears the many live renditions of ‘I Crawled’ (to me, the most quintessential SWANS song) from Swans Are Dead to the present. Back to the original incarnation (on the Young God EP) with its nihilistic, cathartic heaviness until the version included in the demo album preceding The Seer, We Rose From Your Bed With The Sun In Our Head (which follows the very first version on record of the title song of this album), there has been a refinement of that feeling of release to a joyful, ecstatic delivery, while retaining its original presence. It’s difficult not to sense this change of tone when every reinterpretation is loaded with unexpected, off-key elements, such as the harmonica and the chirping clarinet, enriching the experience. Despite clocking at almost two hours long and having at least three songs beyond the 15-minute mark (the title track being the longest at 32 minutes), it seems way shorter than it actually is, which, to me, is a direct result of the masterful production. The acoustic demo songs included in We Rose From Your Bed… didn’t prepare us for this, which shows the new heights the band has reached by building up basic guitar pieces into the complex arrangements we find here.

The vocal contributions to this album shouldn’t be neglected, especially not the one present in ‘Song For A Warrior’, from none other than Jarboe*, contributing to the band after so many years, in a song not too unlike her melancholic, brooding solo work during the band’s prime. I consider this one of the fans’ most anticipated moments for the band’s new incarnation, since Jarboe’s vocals were a reminder of the vulnerable side of SWANS amid the violence and catharsis. And with that said, I consider this side of the album (the second CD) to be the closest to their earlier era, combined with the most daring efforts the current line-up is capable of, particularly with songs like ‘Avatar’ and ‘A Piece of The Sky’. On the other hand, the first CD seems to follow some of the cues established by more recent work. There’s not enough praise I could give to the way the bells and frantic percussion-work enhance the last handful of songs, like in ‘The Apostate’ (the closing song), which builds up to an almost never-ending, overbearing climax.

Michael Gira was right. Ultimately the songs in this album feel unfinished, and it’s simply because it’s impossible to contain so much energy within such a small frame. The Seer is untameable and a sign of a band whose output will never fade away. The album will be available for sale through Young God Records’ store on August 28, and will include an exclusive live DVD.

*Correction: As some have pointed out, according to the full credit listing, the vocals in ‘Song For A Warrior’ actually belong to Karen O. Jarboe only performs backing vocals in ‘A Piece of The Sky’ and ‘The Seer Returns’. I apologize for the confusion.