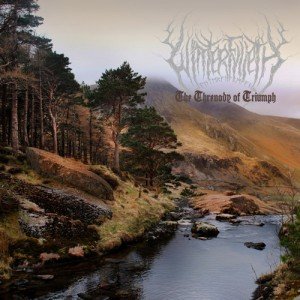 It is no secret that LURKER loves Winterfylleth. From the early days of seeing them arrive fully formed into the dive bars and sweat-stench pubs of Camden to the recent triumph of an awe-inspiring support slot with Primordial, it’s fair to say that the theme has been one of a band constantly surpassing their own high standards. The Mercian Sphere was a masterpiece that perfectly distilled the essence of Slavic black metal before filtering through a distinctly English lens and ultimately creating a work that played a major part in creating a coherent UK black metal scene for the first time ever. Beyond this, along with Wodensthrone’s Loss, England had also produced a band and an album that could stand triumphantly on a global stage and hold its own against a worldwide extreme metal scene.

Winterfylleth have gone from strength to strength since then and it is fair to state that they now stand as a live force among the most essential in extreme metal. The question then becomes “how can this get any better?” and it isn’t without baited breath that The Threnody of Triumph arrives to answer just that question.

Within a minute of the strains of opener ‘A Thousand Winters’ issuing forth, all doubt, trepidation and concern is swept aside in a glorious movement of utter defiance to any that would question the trajectory of this most visionary of bands. Threnody takes the blueprint laid down by The Mercian Sphere and The Ghost of Heritage and builds a monument of utter brilliance upon an already superlative foundation. Riffs pummel from all angles as its sheer musicality tears asunder any preconceptions about how this ultimately would have been delivered. The majestic scale of the thing is so inspiring that a palpable feeling of grandeur becomes the dominant subtext, each section swelling into an impossibly emotive crescendo.

And emotive is exactly what this album is. Unbearable, heart-wrenching pathos permeates every section of this beautifully mournful work. A swan-song to forgotten Albion and a form of our Isles that may never have existed outside of tale, but somehow endures in nostalgia and the quiet longing of anyone who has stood in open English land and wistfully dreamed of elder days.

This is a landmark release that by all rights will propel Winterfylleth to a far wider conciousness. This is more than an extreme metal release and a work that is beyond being constrained by one particular scene. With The Threnody of Triumph, Winterfylleth have succeeded in creating a record that will transcend labels and preconceptions about target audiences. It will appeal across the spectrum of anyone who has ever taken the slightest interest in metal of any description and, once again, the gauntlet can only be thrown down to the band with a strong sense of “how can they ever top this?” If past evidence is anything to go by, they will find a way.

The Threnody of Triumph is slated for a September release through Candlelight.