This is the second of several posts on some of the best, and often criminally ignored, black metal bands to come out of the UK. Many are still active, some are not, but every one deserves a lot more attention. This isn’t about “supporting the national scene”, or anything unreasonably posi like that. It’s about paying fealty to great artistic creations. The best British Black Metal is isolationist music, created by and for the solitary, with little to no input from others in the “scene”. These posts are a celebration of that anchoritic spirit, and the close bond it often has with the landscape and eccentricities of these islands.

Feeding the foul fiend that is LURKER grows ever harder as a full-time job and Ph. D. devour time and soul. Consider it a badge of ultimate quality, then, that I choose to break the silence with an encomium of Dorset’s Myrrdin, whose music I have listened to more than anything else over the last couple of months. First contact with this strange and many-sided project came in the form of a split 7″ with Instinct, a long-term favourite and future subject of the UKBM series. The split houses one track of devastating Black Metal, ‘Pagan Bloody Altar’: a ‘Transylvanian Hunger’ repatriated to English shores, with all the catchiness retained.  It sees Myrrdin at his simplest, turning his hand to writing unforgettably compelling riffs and a mighty chorus.
At the opposite end of the project’s spectrum is the synth masterpiece Glomung Ofter Se Weald (2008), widely hailed as one of the finest moments in the so-called ‘Dungeon Synth’ microgenre, along with early Mortiis, Wongraven and instrumental Burzum. The tape captures perfectly the floating, noctambulant tone of those vital Norse releases and crafts it into something far more intricate and ambitious in scope than any like-minded artist has achieved yet. It is truly special, and can be heard in its entirety here.
The release that has stuck with me most, however, is Myrrdin’s only true album proper, 2010’s Bróga Fram Ánne Ealdne Geárdagas (Old English for ‘Horror from an Olden Bygone Age’). I want to say that it lies part-way between the above two styles, but that isn’t really true. It’s something altogether different. Burzumic instrumentals alternate with obscure and raucous metal, but not of the blasting, Darkthronian kind. Myrrdin’s sound is varied, rhythmic and really, really noisy. Horrifically distorted vocals lie like a filthy sediment on top of the thick, treble-heavy metal. Supposedly, some lily-livered listeners are put off by the production, but once you get neck deep in the album then the whole tone of it starts to sound utterly perfect. Fucking unique, fucking excellent.
Myrrdin has now graciously put all of the aforementioned releases on his bandcamp page, but LURKER suggests you contact him directly through his personal label Akousmatikoi Underground and get hold of a physical copy of the releases (especially Broga), before they sell out. We now eagerly await word from our spies in Dorset as to what strange new forms of music the man will bring us next. 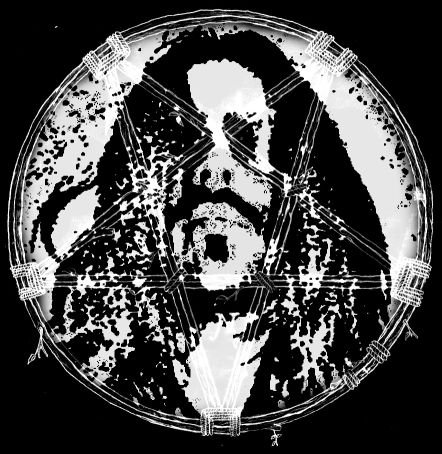