“Thus I bring loathly terror upon the one whose life and the light of whose faith I resent.” 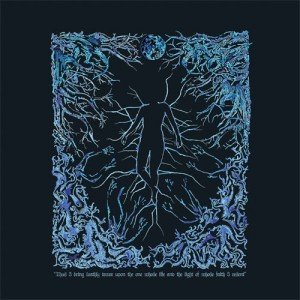 English black metal has struggled to remain relevant on an international scale since Venom christened the genre. UKBM’s curious tendency of choosing shadows over platforms has created an isle without a “scene”, a slew of bands without any dedicated internet presence and a microcosm of stoic iconoclasm standing in opposition to our neighbours across the Atlantic. There’s mystique present in UKBM, a respectable lack of prostitution and compromise. The best UKBM is augmented like this in some way, bastardised. And Isenscur revel in it.

A curious mix of Dark Age superstition met with the sword and steel of an oppressive elite greets us on opening track ‘Siege’: “The tower is breached! The entrance is open!” Archetypal binary thumping and an honour-igniting call to arms set the standard. The feel of a constant battle, of blade meeting flesh and total chaos is subsumed in the track; it verges on war metal territory, without ever falling into disarray.

The orthodox black metal on display is clichéd in description only. Lyrically, anti-human, anti-Christian themes abound and stylistically, blasting, howling and riff piled on riff form the corpus of Mónaþfylen. It is an unhinged playing style, constantly veering between order and turmoil. It’s in the moments of transition, where the attack evolves from borderline war metal to pure melody, as on ‘Pool of Nerthus’ and ‘Albedo’, that this band excels.

Mónaþfylen is a varied beast. Isenscur’s talent allows them to mold a variety of playing styles to fit their aura. Where war metal meets orthodoxy, atmosphere and triumphant melodies overlay spoken-word proclamations. Considering that Mónaþfylen is only 34 minutes in length, the diversity of its content is initially overwhelming. First listen reveals a band skating over ideas. There is an experiment in execution easily confused for a crisis of identity. A subtler brilliance begins to unwind after repeated plays. The assorted changes are placed perfectly, preclude boredom and keep a stranglehold on intrigue until the closing notes.

An inimitable debut from another unknown British act, Isenscur appeared from nowhere with Mónaþfylen. The members remain unknown, disparate from any scene and isolated in their ability to command sound. As LURKER said before: “The best British Black Metal is isolationist music, created by and for the solitary, with little to no input from others in the ‘scene’. These posts are a celebration of that anchoritic spirit, and the close bond it often has with the landscape and eccentricities of these islands.”

Isenscur are nearly a decade old and Mónaþfylen was released last September. Those among you seeking something different from the flavour of the week are encouraged to spend some time with Isenscur and their label, Barghest, whose roster is brimming with gems.

The LP is available now from Barghest Records. Stream a track below (although trust us when we say it is probably the weakest on the album).