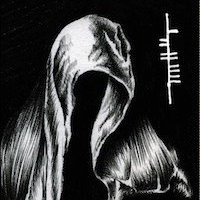 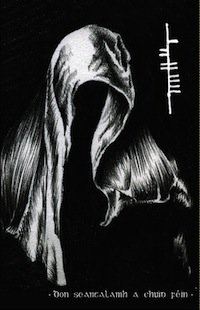 Something stirs across the waters as the Irish scene coalesces into a coherent whole. Rising from obscurity, Dublin’s Sodb stand at the vanguard with a stunning demo that was stealthily dropped in 2012 and flew under many a radar. Four tracks of expansive, imaginative black metal make up Don Seantalamh A Chuid Féin, and with the shortest track clocking in at 7:45, it’s a honed release that showcases a band on the brink of greatness.

Stylistically, the riff is king, with magnificent intertwining passages dominating each of the tape’s meandering compositions. The music bears a vast scope reminiscent of the best moments of the Second Wave that evokes thoughts of transcendent nature. Far from the tightly atmospheric, occult meditations that comprised much of the black metal underground last year, this is far more ethereal in sound, weaving dreamlike vistas as each movement flows naturally. Not to infer any degree of weakness on the behalf of Sodb, as this is at heart an all-out black metal assault.

The airy songcraft is at constant odds with a practiced ferocity which means, above all else, Don Seantalamh… is a work of perfectly executed contrast. This is a very impressive demo and hopefully a sign of better things to come. With an imminent live appearance supporting Deströyer 666 at Into the Void’s 20th anniversary, this could be a big year for Sodb. Although the demo tape is now sold out, a vinyl pressing is imminent through Into The Void, and material can be found with relative ease by the faithful. Well worth tracking down.