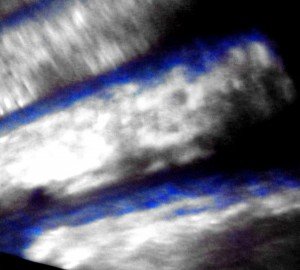 There’s a sublime moment that hits at about 5:30 AM. Maybe you stayed up all night working. Maybe you’re drunkenly weaving your way home from the subway stop, or passing by rows of empty houses in the car of a friend who you hope has sobered up. Maybe you’re chemically enhanced and partying boldly onwards, bodega tallboys in each hand. Your exuberance is tinged with exhaustion, and perhaps a sense of unfulfilled possibilities from the waning night. You wonder why you are still awake. And then the sun rises, and you remember it’s summer and you see it’s going to be a beautiful day, and all your pent-up yearning mingles with delight. You might take a walk. You might get a coffee. You might just fucking not go to sleep. Your head is lighter than air, and that’s ok because you can feel the wind carrying you into the morning.

A song gets stuck in your head. There’s a marching beat behind each step. Where’d you hear it before? What’s that band again?

It’s Bootblacks, dude. They’re my favorite New York band, and when I lived in Brooklyn I saw them live every chance I got. They played straight-up goth rock, dissonant spasms of anger and lust rooted in The Birthday Party and early Siouxsie. But when their long-delayed debut album came out in the summer of last year, it was already obsolete—Bootblacks had dropped most of the songs from their set. When I heard their new material I could only describe it as “kinda like New Order.” They incorporated more synth parts, and wove programmed beats around live drums. Above all, they were exploring new atmospheres.

Narrowed, Bootblacks’ first recording since that full-length, is the sound of a nocturnal band pushing into the alien brightness of the morning. It’s powerful but serene, joyful yet deeply melancholy, and in that sense it’s very much like early New Order, who found themselves “seeing the light in the shade of the morning sun” with some regularity. But the better comparison, musically, is with the somber, spacious post-punk of unsung UK bands like The Chameleons and The Sound. Their influence is strongest in Alli Pheteplace’s guitar work. She plays with a light touch here, concealing her hand behind heavy doses of reverb and who knows what else. She hits notes other guitarists pass over. She shapes chords in a way that is entirely her own. With those strange harmonies, those shifting patches of brightness and shade, she paints a new sound-world for Bootblacks.

Alli’s guitar isn’t out front in the mix, though, and the songs aren’t really built around big riffs. Instead, each member of Bootblacks plays short, looping figures that fit into grander patterns, like samples in electronic music. There are no stock gestures here, no filler elements. The first track, “Voices,” opens with a 4-note synth line that quickly fades into the background, but it’s a brilliant hook that travels with you long after you’ve stopped the tape. Bassist Denis Makarov can write massive, melodic riffs in the vein of Joy Division and Bauhaus, but for most of Narrowed he plays the role of a disciplined minimalist, keeping close to the root notes and finding power in fleeting lifts and falls. Roger Peffley, on the other hand, plays the drums almost like a melodic instrument. He hits with tremendous force and industrial precision, locked in with the electronic percussion tracks, but he’s never just keeping a beat. The snare fills on the chorus of “Instincts” and the crashing escalation at the end of “Perfect Fiction” are all complete musical phrases in their own right, crucial parts of what makes this tape so engaging.

If there’s a melodic center to Bootblacks’ highly textured songs, it’s in the voice of their frontman, Panther. On the full-length his vocals were mostly vehement shout-talking, fitted to his role as decadent raconteur, but on Narrowed he’s found the depth in his voice and become a proper singer. Panther’s best work is on a “Perfect Fiction.” Alli traces an arc of pure longing and regret and Panther matches her, softly, picking up on the key tones. Here, and elsewhere, they’re really playing together, guiding one another and leaving space, so that it’s hard to tell whether the vocals or the riff came first.

It could be I’ve overemphasized delicate moments like these, though. Bootblacks dig in and hit hard throughout. Indeed, the weakness of this tape, and perhaps the inevitable weakness of any attempt to record this band, is that it doesn’t quite capture how hard they hit. When they play live, Roger and Denis are so locked-in that they can focus all their attention on bashing the fuck out of their instruments. Luckily, we get some of that impact on the last track “Birds,” which links Narrowed to Bootblacks’ older material. It’s propelled by a dark bass riff and a relentless, cyclical drumbeat. Alli dispenses with subtlety and wrings her guitar’s neck. Panther bellows some cryptic, brooding shit: “SIRENS. THEY BURN IN FRONT OF ME.” As Bootblacks come together in that final squall of noise, the sun is setting.

Narrowed comes out April 1 on Modern Tapes, a spiffing Chicago label dedicated to minimalist electronics and post-punk. Limited run of 100 hand-numbered copies, kvlt as fvck, etc. You can check out a track and pre-order it through the Bandcamp link above.