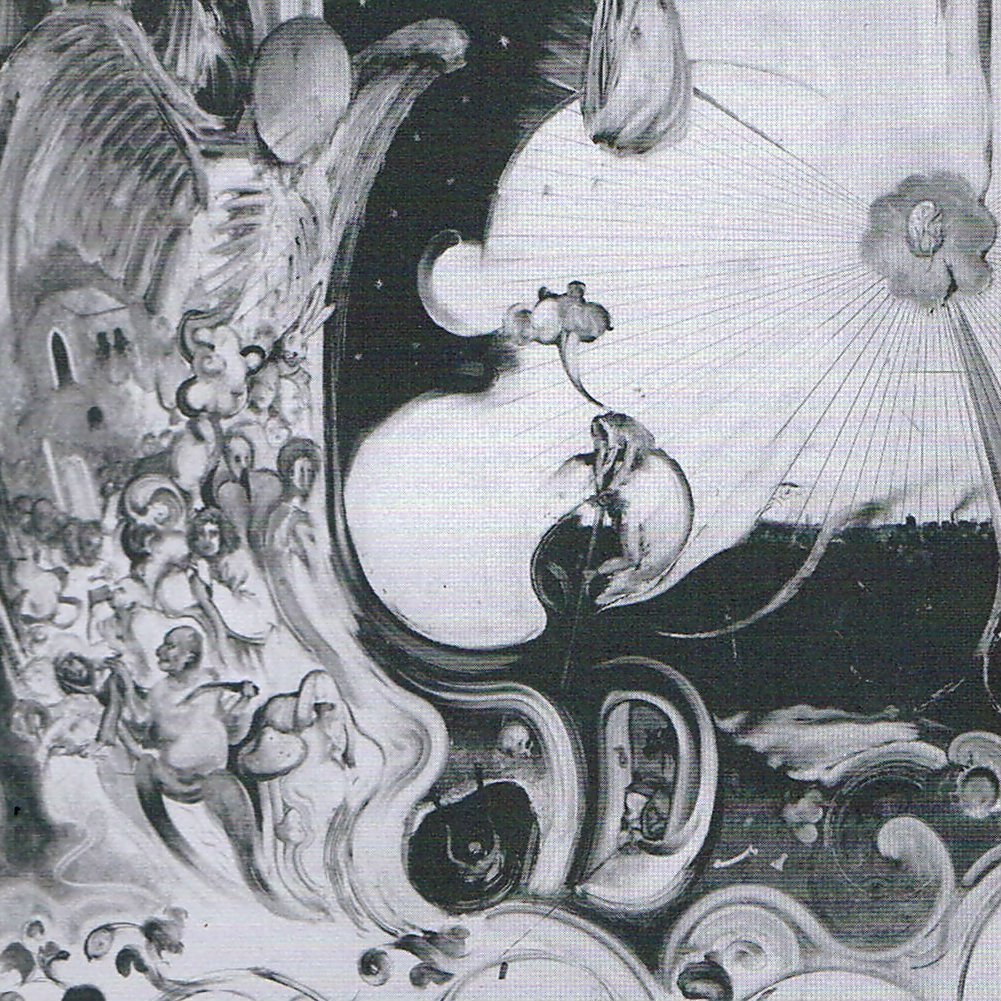 The no public relations or trumpet-sounding arrival policy of new albums by Northern Heritage is a bold statement to make in the age of information saturation. This draconian business policy is made possible by the countless gems released under the banner during its 14 year reign. Northern Heritage released Deathspell Omega’s first two albums, multiple Satanic Warmaster pieces and propelled Mgła into the spotlight with their Groza EP and subsequent full lengths. Mikko Aspa and his work are exalted in the world of black metal.

Harmony of Struggle lacks the stand out riff count that made Falling Monuments such an enjoyable listen. There are riffs though, and they are insidious. They conjure victorious memories of battle and loss. The browbeaten haze of “Autumn of Blood and Steel” leaves you melancholic. “Memento Mori II”, with its haunting arpeggios and melody-tracing bass, reveals a sobering ambience unlike anything else in Clandestine Blaze’s battle chest. The emphasis this time around is weighted heavily on atmosphere and mood.

In the absence of triumphant guitar work a mire of feedback, bass and arpeggios take center stage. This gutsy kind of atmosphere, not unlike that which Mikko commanded on the Stabat Mater full length, finds fuller force with the accompaniment of stomping rhythms and a truly orthodox sound. Mikko rejects the majestic framework of melody in favour of a downtrodden, borderline Mütiilation sound. The monochrome thump of “White Corpse” see guitars meander under metronomic binary tempos, occasionally finding an accent alongside a subtly placed synth.

Harmony of Struggle is not without its moments of possession though. “Wings of the Archangel” has the rife-with-treble squeals of Falling Monuments tremolo melodies, and when drums find their groove a royal sense of cacophony is unlocked. Cue double bass and chainsaw guitars. The bravado of “Face of Granite” too: a two minute battle-march across three individual melodies. Considering that Clandestine Blaze is a vehicle built around repetition and small riff-counts, Harmony of Struggle sure knows how to keep the listener entertained.

Clandestine Blaze continues to grow as Mikko’s primary outlet for orthodox black metal. The evolution of Deathspell Omega and the projects path out of orthodoxy has breathed some much needed variation and quality into the compositional ability of Mikko. And while many may object that this newer material will never quite muster the same feel as Deliverers of Faith, as they reminisce about ‘the old spirit’ and superior bloodlines, the modern world lurches on. This is evocative, unwavering orthodoxy. As if Northern Heritage ever promised you anything else.