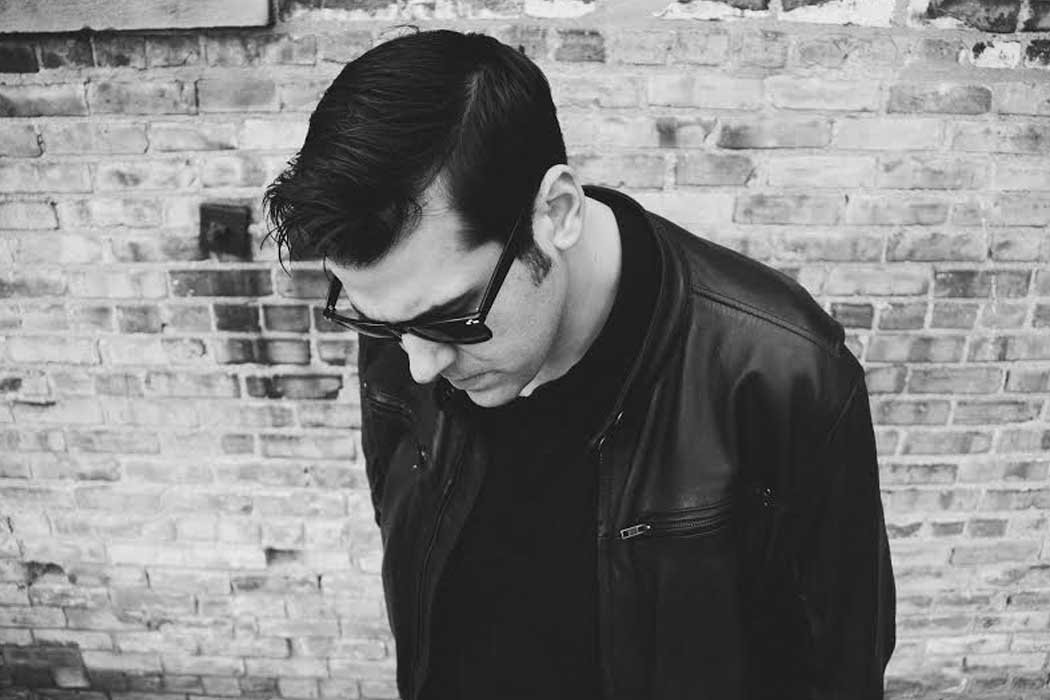 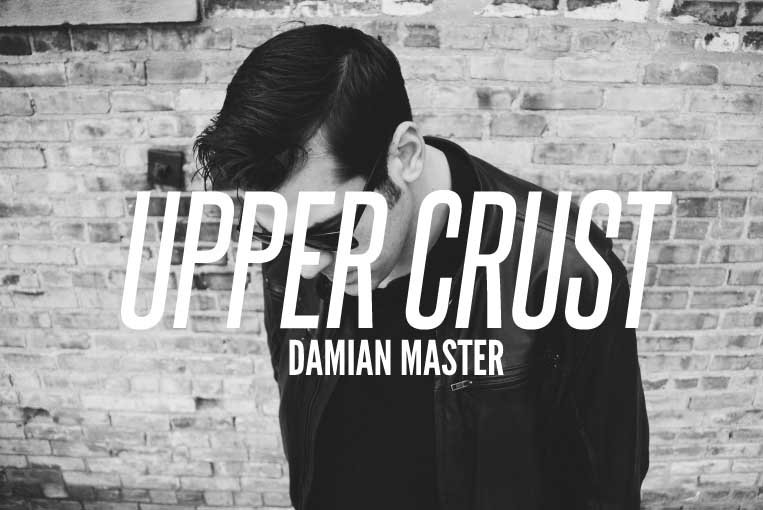 Damian Master, here – with my first in what will most likely be a recurring column for Lurker’s Path, titled Upper Crust. The opinions expressed here are mine and don’t necessarily reflect those of mgmt., but they are 100% correct nevertheless.

The mere existence of Upper Crust is a testament to the utter madness that is the underground music landscape. LURKER exists firmly in the underground metal corner of the internet, but for me, punk, hardcore, metal, noise, industrial and even electronic—we’re all in the same room. My focus will be on music. And probably some of the culture surrounding the music that makes me wish my head was pinned behind a truck’s tires. Metal, punk, hardcore, doom, transgender-urban-death-slam or whatever genre tag you apply—it’s all really the same. It’s all equally irritating. Sit down, shut up, and listen up, you civilians. I’ve had enough of your pleb worldview.

Regrettable intro out of the way, I’ll step into the light and reveal the topic of this first column: “kvlt”. Yes, that dirty word. More expansively—I’ll discuss mystery and mystique in music, and how you have probably ruined it with the help of the internet.

OK, so kvlt, let’s dissect that: it’s the changing of the word “cult” to the hard K up front, and like old Roman-style lettering prevalent in much apocalyptic literature, art and of course, orthodox black metal, you’ve replaced the loosey-goosey U with a hard stance V. That’s about all you’ve done. Slaughtered a word that meant something and turned it into something that really makes no sense. Maybe 5 years ago, or more at this point, you could have jokingly gotten away with calling something kvlt in writing. Even then, I don’t know. To refer to anything as kvlt in 2014 is the equivalent of saying YOLO before attempting something stupid (like saying kvlt) or maybe even starting a “who let the dogs out?” cheer at a football game.

If you have kvlt in your username, e-mail address, you say it online, out-loud, and even if you’re not being serious about it—you suck. You are the child of the internet’s meme culture. You are the person who is so insecure in themselves that they look to baseless humour to cope. It’s dumb. It’s irritating, and you’re making yourself look stupid.

There is no worse feeling in the world than being embarrassed for someone. I see countless people saying kvlt, or throwing the term around, and it just makes my skin crawl. Listen—the concepts of cult, these are all very valid things. I may get accused of being humourless. I guess. I don’t know. If you think I’m taking things too seriously, there are plenty of party-trash bands who would love to sing to you about zombies and pizza. Flip up the brim of your hat, and go for it, bozo. If you take away joke or humorous-on-purpose bands, music is just about as serious as it gets.

Inextricably tied to kvlt is the air of mystery and mystique that surrounds this music we make. High-contrast black and white photos of white and black faces posed in desperate pain… that shit looks cool. It really does. And it has its place. Those classic images come with a caveat. The music contained therein had better be of the utmost quality. If not, you look like a world-class asshole. You tie yourself into being a try-hard or a poser, almost instantly.

There are bands to this day that do the corpse-paint and spikes look and pull it off. I’m not talking about those bands. Those bands are the ones that have the music to back it up. I’m really talking about the bands that seem to make a point in being anonymous. It’s just a cheap parlour trick. It doesn’t mean anything. I’m not suggesting they post promo photos of them in shorts mowing their mom’s lawn. But trying to make yourself look like a vapour or ghost kind of makes you look like the visual representation of a fart.

It’s 2014. I’m a student of history. I’m well aware of honouring past traditions. I could go on in both directions, giving examples of bands that do the traditional image well and have the goods to back it up. I could discuss the bands that pioneered that image and what they’re doing now. I could discuss how black metal lends itself to an overall murkiness and dark atmospherics that let you get the performer get away with a lot in the dark that may not fly on the runway. There are arguments in every direction.

As someone who finds themselves invested in this subculture, these are my observations. Saying nothing is saying something. Choosing to be anonymous and absent draws attention to yourself. Personally, I’ve tried to distance myself from it. I may use a pseudonym in performing within my various bands, but I’m still Damian. Ask me. You’ll find out who I am. One may also ask, why would a person with the name Damian Master choose a false name when he was born with a name that sounds like a made-up metal name? Well, would you believe it was my real name if you saw it on the inside of a record sleeve? Probably not.

This is a call to the kvlt, and to the “true” while we’re at it as well—everything about kvlt could be said of “true.” This is a call to say, we need to re-configure how we think about this. How we present it. The mainstream is well aware of black metal, and it’s a joke to them. To the average civilian, a person in corpse-paint looks no different than a juggalo. To the world, there is no difference. Black metal is death metal and death metal is doom metal, etc. I know that perceptions shouldn’t stop us from expressing ourselves and our art as we see fit, but really… can we just move past kvlt?

Furthermore, the people who continually say kvlt are so stock and basic in their understanding of how a subculture works, they’re equivalent of a kid who goes to college and comes home on Christmas break and tries to bring up “world issues” with grandma at the table. She is 90 and she doesn’t give a damn what you think about health care or human rights. When I’m 90, my main concern will be not choking the fuck to death on a Jolly Rancher and avoiding the burning disappointments my grandchildren will most likely become. I mean, what is going to come after EDM culture? Can you imagine how horrible it might be?

How else to you spot a kvlt person? Well – they’re probably a fake Satanist. They have some half-baked agenda against organized religion that they think is really progressive, but really sounds like the same shit Ted Nugent says. My mom listened to Ted Nugent when she was in high school.

You can find kvlt people with big upside down crosses on their t-shirts or back patches: pentagrams, baphomets, runes, symbols of the occult, and if they’re really wild and out there… a Burzum t-shirt (the horror!). These are the people at shows that make you feel like you want to never leave the house again.

I can fully back someone who has a religious, spiritual belief system. I think about the guys in Watain, or the recently departed Selim Lemouchi from The Devil’s Blood (may he find what he was seeking, away from this strange planet. Blessings be to him beyond the reach of these words), or Jon Nodtveidt from Dissection. I mean, you can think that what they believe is corny, you’re allowed to believe what you want, but at least they follow their beliefs with their hearts and passion. I don’t think their success was a product of selling their soul to the devil, it’s more likely a “real recognizes real” situation in which good art, made by committed people is always going to outshine the PBR-swilling guys in black skinny jeans. No matter how many “crust” parts and goats are on their merch table of the latter. Nothing is more upsetting than someone trespassing on holy ground. If you’re going to be an asshole, be an asshole. Don’t use someone else’s belief structure as a veil to your faceless existence. The shoe fits on both feet, by the way. Those of the light and unlight, alike.

I was drawn to music and it’s subculture as a place where I saw good art that I either identified with, wanted to identify with, or found to be engaging. The worst part of any subculture is the obnoxious guy who claims to know it all. I’m not trying to be that. For as long as I can remember, underground metal, and black metal specifically, has been ruined by people crying about politics or ethics. Whatever. That’s a different discussion. Now, it’s being ruined by people trespassing on holy ground. It’s sad and reeks of boredom and uninspired thought. For me, this music, this culture… I don’t want to say it’s who I am, or that it defines me – but it makes up a large percentage of who I am. More than anything I guess, if this article has all of the sudden gotten serious… calling something kvlt is disrespectful.

I am a lifer. I can’t walk away. I have to do this. It’s not a compulsion—it’s all I’ve known. It’s not as romantic as it is the way it has always been. I will struggle and work, and break sweat until the day I die doing this thing. This thing that will never be rewarded how the mainstream thinks good art is rewarded. It doesn’t bother me. I will perhaps at age 90, if I make it, between not choking to death on Jolly Ranchers and reflecting on a lifetime of questionable decisions come to realize that all this was much ado about nothing. Until then—out of my face, civilian.