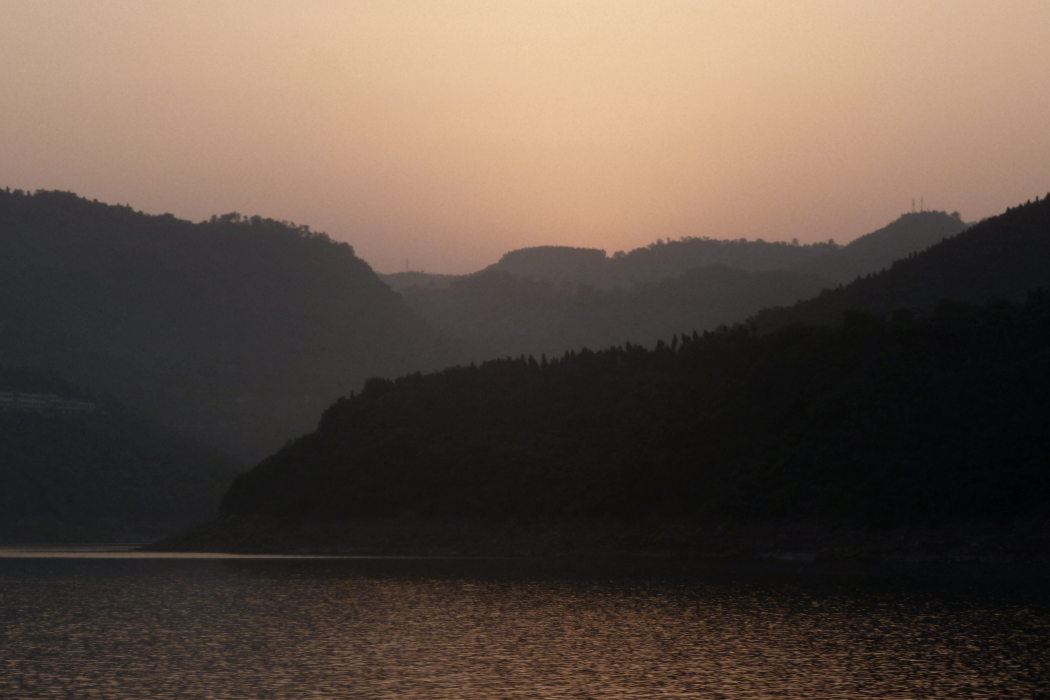 Music has a habit of printing an image into the mind of the listener, often representing where he first listened to the song, or another memory associated with it. However, only the best, most imaginative music possesses this near ­magical power that motivates its audience to envision whole new landscapes. One might imagine places he has never been to, kingdoms that never existed, a history he never lived, but in his mind these details do not hinder the experience; they are no less real.

Zhaoze (formerly known as The Swamp) is a band that proves to have mastered the art of carving these fantastical journeys into the minds of its audience. The four Chinese men operating under this moniker are commonly said to be playing post ­rock, yet this denomination is still too limited to capture the characteristic sound of the ensemble, which finds its nourishment in the vast source of Chinese musical tradition. Though the presence of the conventional rock trio of guitar, bass and drums combined with the drawn ­out, complex song structures lay a post-­rock foundation, the addition of the traditional guqin instrument defines the sound. This ancient instrument stands firmly at the basis of Chinese culture: even Confucius is said to have been a master of the guqin. Its creation is ascribed to the Three Sovereigns and Five Emperors, the rulers who form the basis of the glorious Chinese civilisation. These semi­-deities float mysteriously between mythology and historical reality as it is defined today, subsequently providing the guqin with a mythical origin, as a gift that was bestowed upon us by gods of long ago. It is thus no surprise that Zhaoze’s music, too, would possess this same mystical quality, emerging from the mist of legend, directed by deities from an endless past.

Zhaoze‘s magnum opus is 1911, an intricate album that lasts for an hour, and is divided into four untitled tracks that are meant to be different parts of the same song. The journey commences with a faint string section undertone, seemingly courtesy of a keyboard, over which the guqin unleashes its first shards of energy, still impulsive and unrestricted. Gradually, the shards begin to form a more consistent melody, which is then taken over by the guitar and the bass, which further help guide the guqin into more gentle currents. The synthesis is completed by the percussion, which delineates the space wherein the string instruments continue their melodic exploration. Though abiding to the humble advice of the other instruments, the guqin is still the voice which determines the direction of the music, with the guitar, the bass and the drums functioning as mere lackeys to the true Emperor. This is demonstrated by the repeated emissions of raw energy produced by the guqin, forcing the rest of the instruments to join it in its climax. Consequently, the outspokenness of this ancient instrument makes it difficult to notice the total absence of vocals. Like its inventors, the guqin is a Sovereign in the world it has created. And indeed, the subjects of the guqin retreat, bereft of energy, allowing their master to emit a few more shards of energy, like it did when commencing its journey, before the sound dies away and the initial stage of our expedition draws to a close.

And the fog of myth beckons…

In the second piece, the rock instruments alter their approach and join forces. The bass and percussion lay a stronger foundation in which to embed their guqin master, whilst the guitar uses the springboard of its peers to prove it is worthy of more autonomy, initiating its own melodies, occasionally persuading the guqin to follow in its wake. During these moments, the music draws more towards what one would normally expect from post­rock, briefly dragging the opus back into reality. It is during these instances that the guqin exercises more force to reassert its own ascendancy over the remaining instruments. As in the initial piece, the bass, guitar and drums eventually give in to the pressure and allow the guqin to conclude this part of the composition by itself, aided only by a subtle keyboard tone. The Sovereign has claimed victory, and the fog of myth beckons. 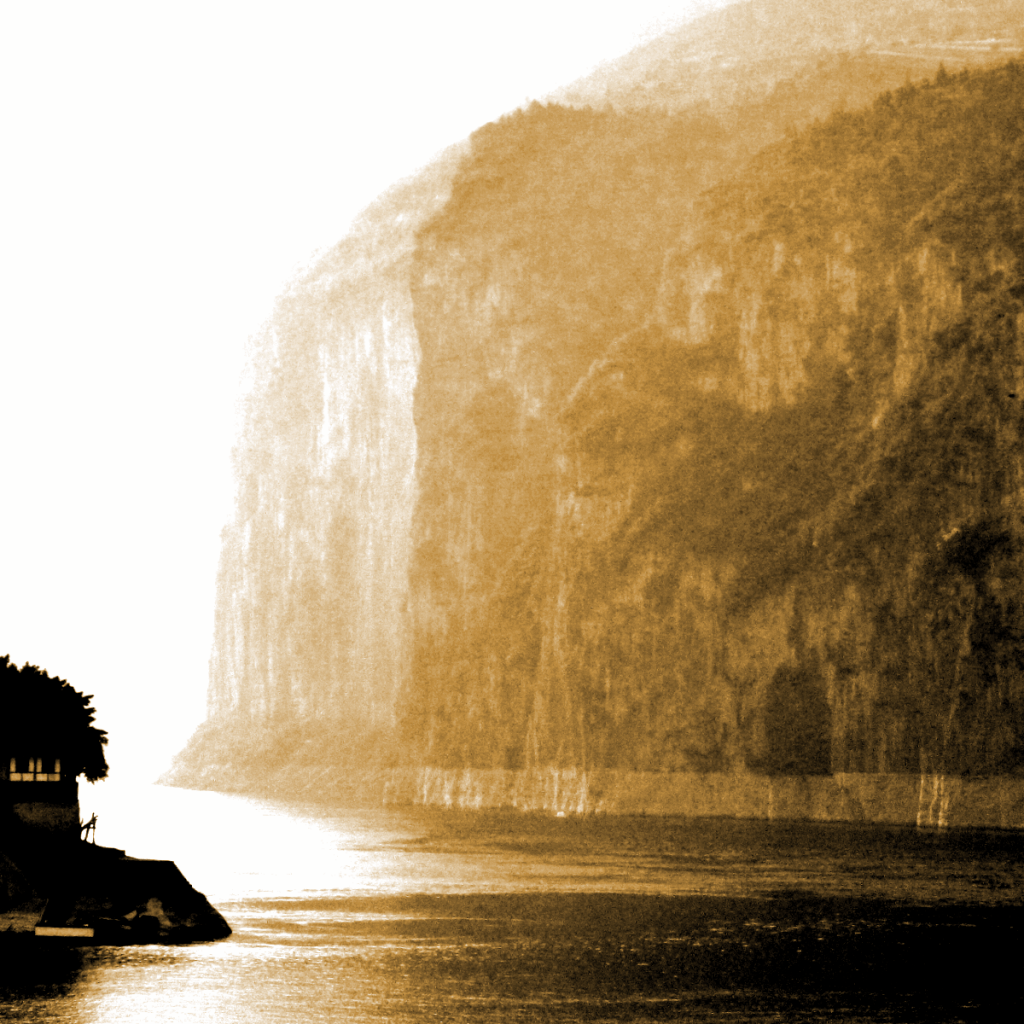 We plunge further into Oriental legend, as the rock instruments have by now been almost fully domesticated and play more traditional Chinese melodies, the road towards antiquity naturally being paved by the guqin. The guitar mimics the now strongly present string instruments, which sound like violins but play melodies more akin to China’s native erhu instrument. Meanwhile, the percussion gives the impression it is being led by the melody instead of the other way around. The music becomes a vessel that allows the listener to embark on a journey to the China of the past, when it was still ruled over by Emperors, unspoiled by Western temptations. With music as wings we fly over the Middle Kingdom’s lush needle forests, rivers and green, mist ­clad mountains; we shoot through its beautiful cities adorned by perfectly symmetrical buildings, magnificent courtyards and fairy ­like pink-­leaved trees. Satisfied with this dedication, the guqin occasionally allows the rock instruments the liberty to draw energy from their Western roots, but never to the extent that it mars the grandiose vision crafted by the composition.

Zhaoze‘s vision of this mythical China culminates into the final part of the composition, in which the instruments jointly work towards a climatic end. Moving more towards the post-­rock influences once more, melodies are infused simultaneously with the melancholy, glory and tragedy of thousands of years of Chinese history and legend. Together they produce the dramatic conclusion of the fourth piece, and with that the album. As the musical tempest fades into the distance, a gentle epilogue guides the listener back to the real world. Descending back to his mundane surroundings, he is accompanied by motifs familiar from the beginning of the composition, so that he can appreciate them anew with the wisdom he accrued since that moment. This is an important detail, as it reveals the influence of Western classical music. He lands as the last tones lament the departure of the old gods from this new world. He is alone again, and in a physical sense nothing has changed. But spiritually, things will never be quite the same again.

You can purchase and listen to Zhaoze‘s work on the Bandcamp page.