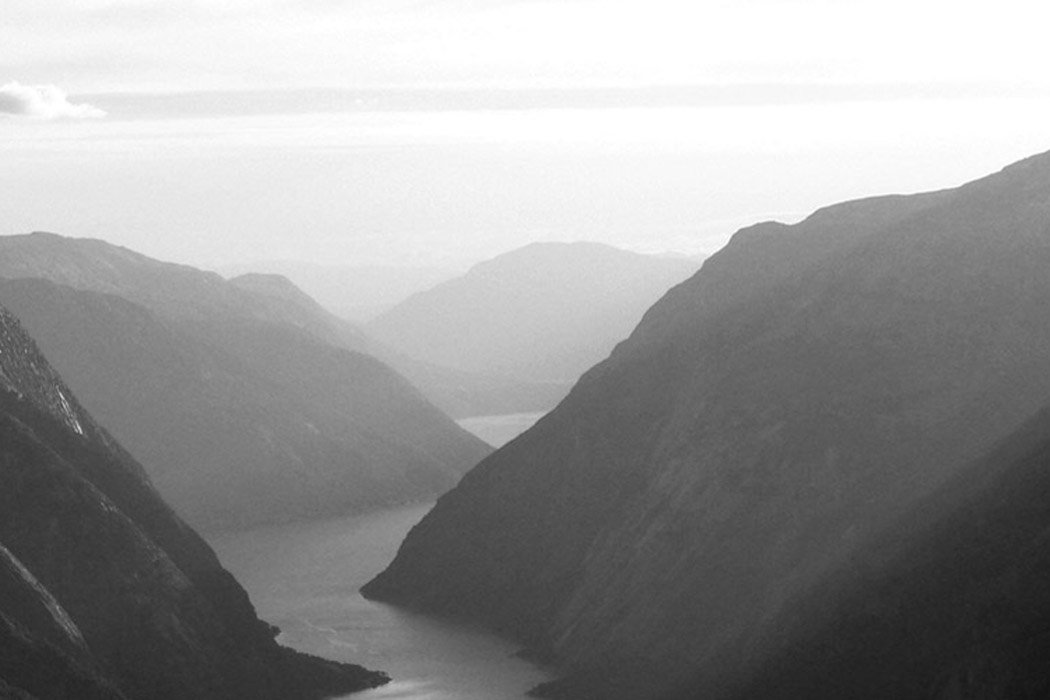 It’s not like LURKER actively seeks to rile up the record label establishment but of late they’ve been kind of slack. In this case, Osmose – the French heavyweight once home to Marduk, Enslaved and Absu – have committed a heinous error. They attributed material to the wrong artist on a split between Ildjarn and Hate Forest reviewed here the other week. Strange that in passing I questioned the veracity of the liner notes. Turns out the first half was actually written by Ildjarn’s part-time collaborator, the elusive Nidhogg, who is probably best known for his contributions to the all-synth anomaly Hardangervidda. The plot thickens, however, because it appears that the original sketch-tape demos have been re-recorded by an anonymous fellow and passed off as Ildjarn. It’s pretty fucking scandalous. A few days after publishing, we received this email: 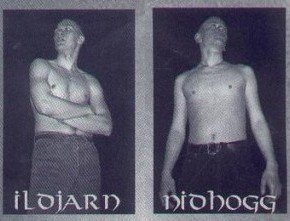 I saw you ran an article of the Ildjarn-split with Hate Forest. In actuality, the record is a made up of newly recorded songs that I, Nidhogg, not Ildjarn, wrote and recorded as a sketch tape ca. 1994. Osmose has gotten hold of a tape with both my and Ildjarns stuff on it, and presumed that it was Ildjarns compositions. I have had nothing to do with the production of the album, and I consider them merely covertunes. The attached link features the original tape which I have uploaded to clear up this misunderstanding. My YouTube-channel also contains other material not found elsewhere which should remove any doubt that I am who I say I am.

Feel free to e-mail me or message me on YouTube.

First of all, you expect labels to at least get the band right. But you don’t expect labels to mislead customers by releasing music that isn’t even recorded by the band they claim to represent. Faced with mounting questions and an invitation to have them answered, of course LURKER couldn’t resist speaking to one of Norwegian black metal’s most secretive and peripheral figures.

Is Osmose aware of the error and are the correct artists receiving their dues?

I have no idea whether Osmose is aware of this. I have no intention of contacting them either. As far as I’m concerned they’re merely cover tunes. I don’t really care that I’m not mentioned as composer, and the only reason I uploaded my tape online was that I had engaged in a discussion about the release and had committed to let people know if I got wind of something. You see, I didn’t recognise these songs as mine for a long time. All I knew was that this wasn’t Ildjarn mid-90s since I was very familiar with his recording procedures and the equipment he used back then. It was only after reviewing old tapes that I hadn’t listened to since I made them that I discovered they were my tunes.

How do you imagine this could have happened? What’s the origin of the music on Those Once Mighty Fallen?

Well, back then we most often utilised the full length of cassettes, and I guess some of my stuff and some of Ildjarn’s stuff was copied onto the same tape. It may have been passed around, copied again and at some point was mislabelled, or the labelling was reduced to just Ildjarn. I really wouldn’t know exactly how it happened since I haven’t had anything to do with the copied tape for twenty years.

The six songs on my YouTube channel made up half of an intended full-length demo/album that followed the progression of Voluspå describing Ragnarok, the Norse Armageddon. I wrote them in my flat in Notodden, where we also made Hardangervidda.

Does this mean that neither Ildjarn nor Hate Forest were consulted on the record’s release?

I can’t really speak for them on that, or what kind of mix-up happened here. I’ve recently only spoken briefly to Ildjarn regarding the re-releases of our collaborative work. As far as I know, Hate Forest haven’t made any statements about it, but they might have, I don’t know.

You said “old tapes have been floating around”. Is it common practice for labels at a loose end to seek rarities and rip them off for release?

I have no idea if this is something that happens often or not, or what kind of “mistake” this was. There has been shady business going on from time to time, and of course the odd bootlegging, also by “official” labels. The Son of the Northstar CD is an example of a release that was put out without Ildjarn’s full authorisation.

What I can say is when you’re an artist working on yourself without management, the mere fact that the record labels most often are situated in a different country makes it difficult to really do something about suspected underrepresentation of sales, missing payments etc. Luckily I’m now fortunate to be in collaboration with a very serious and dedicated guy and label.

Ildjarn shirked media at the time but left a lengthy closing statement on anus.com in which it seems he couldn’t be happier for ceasing to take part in black metal. Do you know anything of his reaction?

No, like I said, I’ve recently only spoken to him briefly about recent and upcoming re-releases and also new artwork for the reissue of Hardangervidda, so I don’t know if he’s going to bother with contacting Osmose or not. Going by his statement to anus.com, I suspect not.

How did you come to collaborate?

I met Vidar in 1988 when we both started attending the school Bø Gymnas in Bø Telemark. We were both into metal and punk and Vidar had been an avid record collector for many years.  I had already done vocals for a couple of bands before me and Vidar started doing stuff together. Vidar had access to the rehearsal place Gamlebanken at Akkerhaugen, where we recorded most of the metal stuff we released, and he recorded all his stuff except landscapes. This was a fairly vacant place where you could basically hang out for as long as you wanted every time, and we experimented in many directions, both serious and for fun, playing hardcore, grindcore, industrial, and other types of music. What we both really burned for was the Black/Norse Metal sound, though, and after hearing our first EP Norse, Thomas Haugen decided he wanted to release it on his label Nocturnal Art Productions.

You’re a peripheral figure in black metal mythology but I get a sense that you’re OK with that. Are you a fan these days?

I will always love the black metal sound, and I have since I bought Under the Sign of the Black Mark. To me black metal is a special kind of sound sculpturing. It can be done in many different ways, and I find the “necro” black metal as fascinating as the symphonic, the depressing and so forth. There’s so much great music to listen to I feel spoiled, really, on that front. It’s a very serious approach to sound. I’ll never tire of my old favourites either, like ‘I Am The Black Wizards’ and others.

Are you still involved in any way?

Yeah, I’ve been offered a deal on the four-track unreleased demo from 1994 that is uploaded on my YouTube channel by Jeroen of Shunned House, NL. He recently came to Norway to help me finish the recording and production, which for whatever reason never got finalised back then. It’s due to be released this fall. There is also a collaboration between me and another guy under way, but I don’t want to say too much on that as of yet, seeing as the project is in an early stage. When I get around to it, I also have plans on picking up my old dormant solo project Shadow Hungry Onto God, which is oriented at classical orchestral music.

It’s not unheard of for musicians associated with that style to change direction, and Hardangervidda contains some really quite beautiful, meditative material. What were the thoughts and feelings going into that album?

Hardangervidda was an inevitable thing born out of me and Ildjarn’s connection to this region of highlands in central Norway where we’ve both been many times. I think having been there and soaked up the place made the songs very easy to write (though programming the synth was time-consuming, no PC). It was actually as though the songs wrote themselves, which I know sounds corny, but yeah, we just translated the mood that’s there. It was not originally intended as an Ildjarn-Nidhogg album, since the musical direction was totally different from the metal stuff, and we wanted the album title merely to reflect this place.