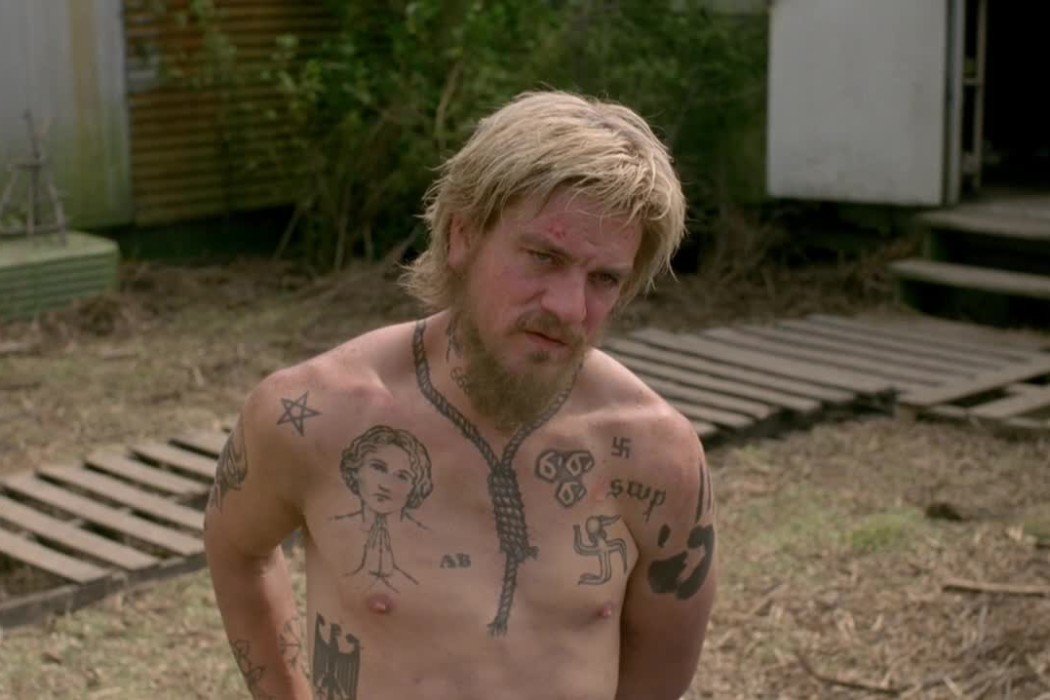 Looking back into the introduction to the EOY list I wrote around the same date in 2013, I realize how little things have changed since then. In fact, things have worsened, for the most part. I know it might seem a bit of a pessimistic way to introduce a list that is supposed to reflect the highlights of the year, but I can’t help to bring it up considering the heavy contrast between what’s going on in my nearest surroundings and the positive outlook that seems to dominate the outside world. Despite the conflicts raging in different scales across the globe, great things are still being made, and people remain wholly optimistic regarding what the next year might bring. Meanwhile, in here we’re at the verge of utter collapse (to put it mildly), and while the first logical reaction would be to hope for the best and keep going, I feel this is the exact moment when, if things go wrong, we could be stepping into the abyss with no one to pull us out. Even then, it’s times like these when creativity rages on, in which ruin takes a defined shape for long enough to draw inspiration from it, and that can only bring good, interesting results.

I chose to preface it this way since, amidst the smell and stain of burnt tires and political unrest lasting for months, I had plenty of time to listen to music and watch films to keep me distracted enough, even more than last year even, which took me by surprise when I was trying to assemble some of the highlights. Eventually I gave up trying to boil it down to less than 50 without at least making a mention to these albums I would be leaving out, so I’ve decided to include them here. This year was excellent in that regard, with very little disappointments and plenty of surprises. So, without further ado, here’s the albums I enjoyed the most: 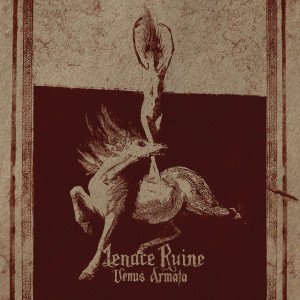 It’s no secret I’ve always been quite partial to Menace Ruine, but this album does deserve all the attention it can get. Following from where it left off, Venus Armata fiddles with the theremin-like distortion they’re well known for, strips off the martial beat from their previous albums and focuses on the hypnotic nature of Genevieve’s voice to pull us into a ghostly world emanated from candle-lit incense. As usual, it’s worth noting how its screeching melodies are as soothing as the melancholic lyrics that drive them, an already common occurrence in previous albums (particularly, “Arsenikon” from Alight In Ashes), but in here most of the compositions are put forth with that mindset. 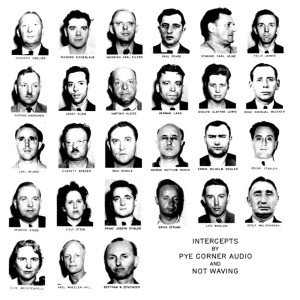 This album split between these two progressive electronic groups (one from the UK and the other from Italy) is among the many highlights in a year full of releases of this sort, mixing industrial droning with heavy synth noise in the backseat to produce a sci-fi soundtrack bordering in paranoia. 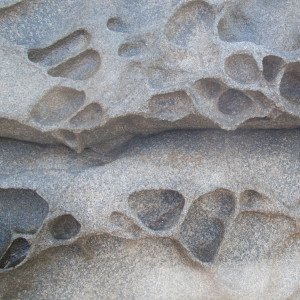 Another kosmische/progressive electronic album but on the ambient side, displaying soothing keyboard notes from time to time but focusing on sampling and field recordings to tap into the sound of the primordial earth. This would be the version with the bonus CD. 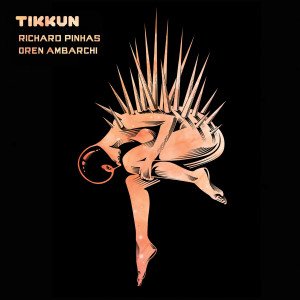 A collection of live recordings made across different cities, we have Pinhas and Ambarchi (along with other musicians during their tours) breaking the void with the overbearing sound of guitars and synth loops, shaping them with the relentless drumming of their collaborators. I chose this one over the Tatsuya Yoshida collaboration since this one has the characteristic of being the product of several sessions, each one bringing a different approach to the table. 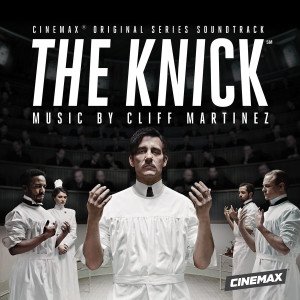 This year might have been the one where I paid attention to soundtracks the most, and a handful of these impressed me. But this one in particular is noteworthy given how anachronistic it was for the series it was made for, and yet it works for its setting due to the cold and detached direction by Steven Soderbergh. In the case of the actual music, we have slow pounding beats that collapse into strong outbursts of noise from time to time, full of memorable beats that make it a good companion for daily tasks. 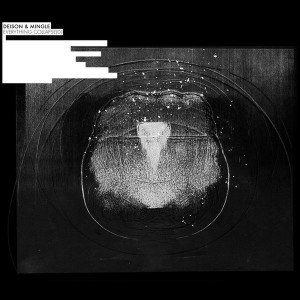 Another interesting collaboration, and also one of the best dark ambient albums I’ve heard this year. Worth checking at least for their cover of Failure, by Swans (as one of their bonus tracks). 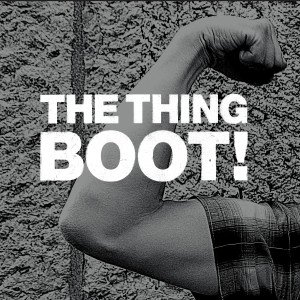 The Scandinavian jazz power trio can do no wrong in my eyes. Boot! brings back the garage sound with the psychedelic, energetic blasts of brass and drums with a series of original songs, while opening with one of the best renditions of John Coltrane’s India I’ve heard, as ferocious and relentless as ever. 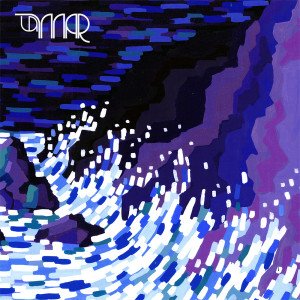 Despite being quite a success in my country, this band remains largely unknown in the circles where naturally you’d expect them to flourish the most. Nonetheless, La Mar‘s second album amps up the psychedelic nature that was merely hinted in their debut and creates a different flavor in post-rock that comfortably touches upon the heaviest notes, with instrumental jams that could go for hours with no end. 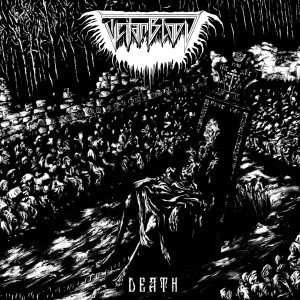 Whenever Teitanblood releases an album, you better pay close attention to it. And this time, without pretension, Death assaults with an ominous, protruding riffage, distancing themselves from bands of the same ilk by constantly displaying an array of varied motifs, rarely letting a hint of melodious interest to be discerned among their bleak compositions.

The Providence duo was busy during 2014, releasing collaborations and splits left and right. Stripped away from its minimal drum-and-guitar arrangement, Bobby Krlic (also known as The Haxan Cloak) joined forces with the duo and turned what was already a testament of chaotic frenzy perpetually evoking ritualistic murder, into a full blown apocalyptic litany for the damned. 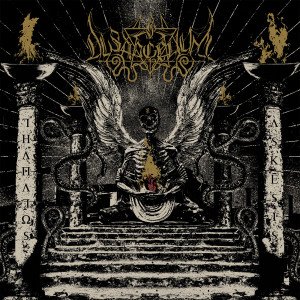 A late release of sorts all things considered, but worth including in any list that would benefit from German black metal done right. In the vein of Deathspell Omega and Ondskapt,  Dysangelium makes a firm debut in the scene with an album that isn’t shy about its influences but takes them further in its own way. 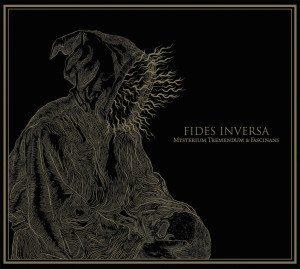 As partial as I am to the Italian black metal scene, I couldn’t miss the chance of including the follow-up to this band’s debut, again in the same vein as bands within the so-called “orthodox” trend.

8) Ævangelist – Writhes In The Murk

It’s the second time this band makes it to my end of year list, and with good reason. Ævangelist revels in its own filth with its (allow me to reiterate) murky, industrial-like riffing, and manages to slip in some of the most unlikely instrumentation and influences at the same time, all the while making it work as their signature sound. The latter inclusion is more prominent here than Omen Ex Simulacra, which tells me how daring they are about this approach. 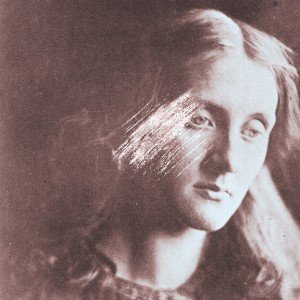 Another outstanding release from this well-seasoned doom metal outfit, consistent with their formula while portraying just as effectively the harrowing feeling of loss and decay, barely relying on hooks but letting some of them shine through, a few of them reminding me of Warning‘s most memorable passages while retaining its own personality. 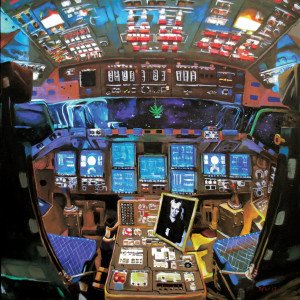 John Dwyer’s project was one of the earliest albums I listened this year that kept me going for the rest of 2014, as its short length left me craving for more of that synth-infused kraut reminiscent of the rockiest works of Brian Eno (whose homage is glaringly obvious) and late bands such as the neo-psychedelic Beak>. 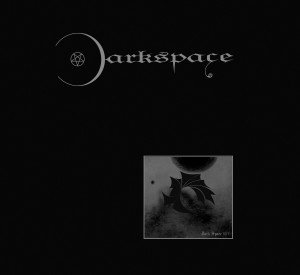 Boasting a menacing, desolating atmosphere that evokes the coldness of outer space with an achingly vivid uncanniness, Darkspace doesn’t relent its obsession with the void and fills entire passages of the three long songs in the album with stark synthesizer sequences, complementing the aggressive lead riffing that breaks through the overbearing wall of droning guitars. 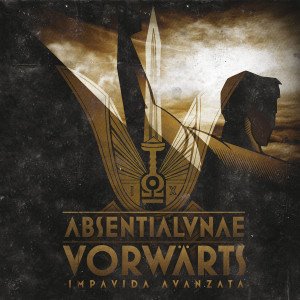 After years of constantly teasing and shifting release dates, as well as the band remaining in a hiatus for some months that seemed to seal the fate of this release, it eventually made it to the presses. And I’m glad it did, since the album picks up right where Historia Nobis Assentietur left off, shedding off their progressive influences in favor of a purely martial approach, deeply rooted in death metal. The evolution of the band is more noticeable in the re-recording of “Manipulated Statues of Flesh” (from their debut album), in which the off-kilter drumming and driving bass turn into a single slab of heavy-hitting artillery, topped by Ildanach’s ever present vocals. 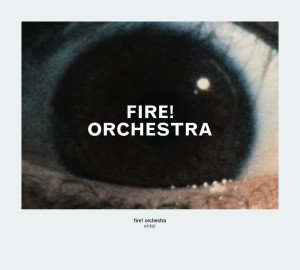 The great ensemble led by Mats Gustafsson, Johan Berthling and Andreas Werliin meet again for another session full of the energetic vibe of free vocal performers and jazz musicians, recreating some motifs improvised during live sessions and built upon in the studio to create cohesive songs, in which there’s enough breathing space for every instrument (and vocal) to shine in its wildness, moving away from their free improvisation backgrounds just enough to wreak havoc without rambling. 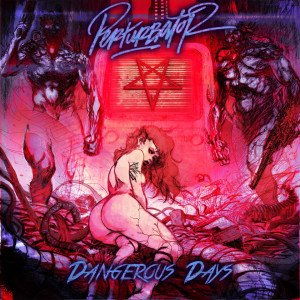 This band came out of left field for me earlier this year and pretty much sparked my synthesizer obsession due to its cyberpunk themed back-catalog. Ever since I laid eyes on the promo video for “She Is Young, She’s Beautiful…”, I knew I wasn’t listening to a run-of-the-mill band with an ’80s shtick, but a full blown soundtrack for a dystopian 22nd century metropolis. Without a hint of doubt the catchiest album I heard this year. 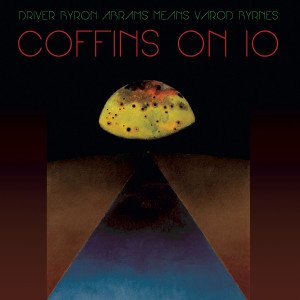 Throughout the years, Kayo Dot has gone through several changes in style that have largely been received with praise from its die-hard fans, even at the expense of leaving all of its metal elements behind (as sparse as they were in first place). This time though, the band channeled the brightest moments of the classic prog era and new wave (with some Vangelis thrown in), and fully indulged in it, crafting moody passages full of shifting, delicate compositions that go hand in hand with Toby Driver’s melodious vocal range. “The Immortality of Doves”, the first single released for this album, also became my favorite track of the whole year, and it was a pleasant surprise to see it as the opener of the album despite its length. Easily among the best of the band, a close second at least.