What began as a chance discovery, swiftly became my favourite raw black metal release of all time. And it was only released last year! That’s reason enough to make this record my first post on our shiney new blog. Orrery were an instrumental black metal project from Tasmania of all places, and this is possibly the reason that they are so criminally underrated. That, and because they dissolved the band as soon as Nine Odes to Oblivion was released. Although this is certainly disappointing, there have been a few bands in the history of black metal who have grouped together, kicked out some jams, released a marvelous record then promptly called it a day. Weakling of course comes to mind.

It is this striving to achieve perfection that makes albums like this so admirable and mysterious. As artists, they had the courage and foresight to realise they had achieved everything they had set out to do in one record. 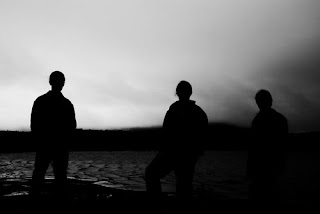 And what a record it is. Recorded in a rustic shack high in the Tasmanian mountains, it’s the perfect setting for an album that seems to revere the land around it. Although ‘wind’ sound effects were digitally added after recording, the attentive listener can actually hear low rumbles and pops of the gale force mountain winds in the microphone, threatening to rip their lair apart! This single microphone was hung from the rafters above the band who then simply unleashed their lo-fi beauty upon it.

However, don’t let talk of beauty disarm you. This is black metal at its very limits of rawness. The first track opens with a droning blast of feedback and gives way into what can only be described as a fucking awesome riff. The drums, tinny and sharp, add a few accents and then it kicks in, with the second guitar rumbling underneath like a blunt buzzsaw. Though poorly recorded it helps the atmosphere of the album to no end as guitars dreamily cascade and blur between eachother over a drilling rhythm section. In between the black metal assault however, Orrery give us the respite of five acoustic interludes throughout the record.

Released on cassette and CD, all the tracks are untitled. 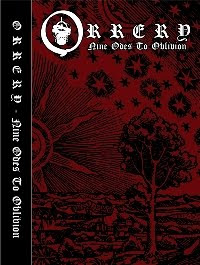