Here at Lurker HQ we are all pretty massive David Lynch fans.  From the crumbling facades of rural life in Twin Peaks to the steady wrenching terror of Inland Empire, chances are we know it, love it and quote it ad infinitum.

We have touched upon our love for Angelo Badalamenti’s scores which provide the music behind these films, music which is often as complex, enthralling and mystifying as the imagery and dialogue that Lynch creates himself.

But where does this well of genius spring from?  Much conjecture abounds seeking to demystify some of the stranger aspects of his oeuvre: the mutant baby from eraserhead represents his fears of becoming a father; the box and key in Mullholland Drive represent a portal between two parallel worlds; there is no White Lodge left for the Black Lodge has consumed it.  Whatever your theories on the less obvious moments (and if you are a Lynch fan then no doubt you have them,) seeking to place each component into a convenient narrative with a logical explanation which seems obvious when looked at reverse-chronologically only serves to detract from Lynch’s genius, to make it seem as though we could have thought up something equally as brilliant, and that by understanding his visions we become more able to exact our own.

This is misleading and largely irrelevant as all art provides the jump-off point, asking a question of which the mind of the beholder seeks to answer: the greater the art (and perhaps, the more adept the mind of the beholder) the greater the answers, and the greater myriad  answers possible.  The diversity and bizzareness of some of the answers some followers adhere to, and indeed his varied and vast following, pay tribute to the adeptness of Lynch as an artist, able to appeal to so many and ask such difficult, interesting and often distressing questions of the world and of ourselves.

Catching the Big Fish isn’t a guide on how to become a famous alternative film director.  What it is, is an introduction to David Lynch, his life, approach to the world and his work, and how he finds and nurtures ideas.  Not a spoiler to any of his films and no cheat-sheet to them either.  It is softly-spoken and thoughtful, and as charming as we have come to know him to be. 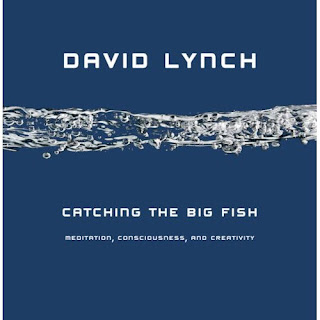