Japan is hardly renowned as a hotspot on the international black metal scene. It’s a music culture saturated with idols, hideous visual-kei bands and J-pop, a facet of pop music specific to Japan that emulates western musical styles without quite pulling it off. Fortunately, beneath the highly manufactured facade and pop-by-numbers approach that dominates Japan’s music industry (the second largest in the world after the states), a defiant underground still exists that has pervaded the increasingly eclectic tastes of the voracious music fans of the west. Acts disparate and unique like Boris, Acid Mothers Temple and Envy all gain more attention on the other side of the globe than they do in in their homeland but it’s a narrow and daunting gap between cult-stardom and utter anonymity for Japanese bands trying to do something a bit different.

The trend is the same with black metal. Sigh swiftly comes to mind as a flagship for the genre in Japan, though their Zelda-esque midi synth-fests may seem a little too fruity for the average black metaller. Endless Dismal Moan on the other hand… Well, they’re just an endless dismal moan powered by a drum machine. And Barbatos are just that bit too retarded to be taken seriously, with song titles like Rocking Metal Motherfucker and Red Leather Bitch, despite featuring session musicians from major league bands like Deathspell Omega, Peste Noire and Toxic Holocaust. /facepalm. You can probably tell Japanese black metal is something I’ve refused to delve too deeply into. Recommendations are welcome in this aspect.

That’s where The Absolute of Negativity, thankfully, step in. Next to nothing is known about the band other than they hail from Japanese shores. No line-up has been published so we’re in the dark as to whether it’s a horde of three of four, or a one man hate machine. I find the lack of information delicious however. Scorning the music fans desire to know how this music is produced is doing black metal RIGHT. Pressing play on this record is like initiating a tempest of unparalleled destruction: Instantly dizzying, nauseating riffs are flung directly at your face like shrapnel, all the more hateful for the cold, raw production. Vocals are perfectly placed above the maelstrom barking and spitting in an incoherent babble. They definitely chose the name right, the music hates you. It’s chaotic yet controlled, played with a tightness few black metal bands achieve. If that doesn’t give you a boner, perhaps the odd samples of a woman in coitus that appear later in the album will.

As the stagnant traditionalism of the old Norwegians relinquishes its death grip on the black metal standard, I’m glad  a band of this calibre have managed to produce such unsettling and authentic sounds despite coming from such a relative backwater of the scene. It’s hands down the best black metal from Japan I’ve heard. Give it a go. 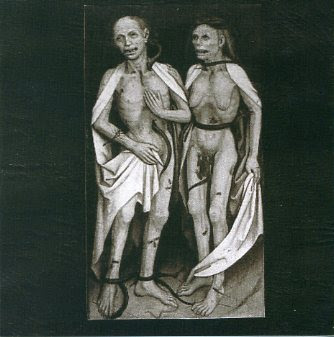