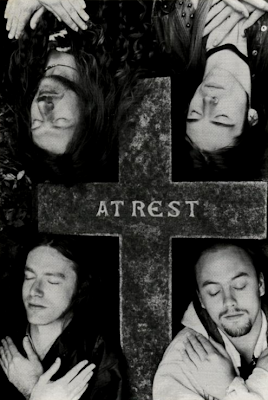 The impact Cathedral had on doom metal must not be underestimated. Veering away from the droves of 80s Sabbath mimics, Lee Dorian and company married the general sloth of the genre with a truly oppressive atmosphere and the savagery of the death metal scene Dorian had recently departed. This British institution were the start of something special; a precursor for all extreme doom to come that lifted the music from mere retrograde worship into something entirely of its own. Without them, it’d be hard to imagine releases from Moss, Electric Wizard or Unearthly Trance, all of which have seen records put out by Dorian’s label, Rise Above.

2010 marks twenty years of Cathedral – it’s a welcome surprise that such an influential band has stayed the course and remained relevant to this day. To celebrate, the band is reuniting the original line-up to play their magnum opus (though some may disagree), Forest of Equilibrium, in all its gloomy glory at the Islington Academy, London, on December 3rd. But it doesn’t stop there. The doom veterans have also brought along their current incarnation to play a second set on the same night to reel off their best moments all the way up to this year’s The Guessing Game. Tickets available here.