This will be the first in a series of scene reports. If your favourite band of the particular scene isn’t represented here, tell us about it!

For some time now the German black metal scene has been burgeoning away. It’s proved itself to be a more than capable successor to the Norwegians of old, straddling the middle ground somewhere between the orthodoxy of the Norse sound and the experimental mindset of the French pioneers. What I find most compelling within the scene is the fantastic melodicism that has wormed its way into the region’s sound almost universally, causing Germany to spew forth some great acts since the mid-90s. Satanic elements have been widely downplayed (though we can forgive Katharsis on the grounds that they are one of the best) with many bands focussing strongly on pagan and folk heritage, and – without trying to pigeonhole the genre more than necessary – Germany has also made brilliant and forward-thinking contributions to the spheres of “atmospheric” and “depressive” black metal. Here are a handful of acts worth your time; some well known, some not so much. Feel free to add your own recommendations.

Luror are one of my favourite bands from Germany but the project has proved divisive. Some claim it to be bland and uninspired; others hail both The Iron Hand of Blackest Terror and Cease to Live as masterpieces. I am a member of the latter camp, because one focussed listen to Cease to Live particularly exposes the genius behind Luror. The mind in question is that of Unhold, perhaps best known for his work with the notorious Absurd.

I’ve never held Absurd in much high regard but Unhold’s move into solo waters is a different experience altogether. Listening to Luror’s second full-length, Cease to Live is like experiencing a grand work of classical music; it’s majestic, unbound, moving, and has some bloody fine riffing. A conscientiously composed work of black metal, the melodies and harmonies wind in and out of each other in an almost hypnotic fashion. It honestly wouldn’t sound out of place if performed by an orchestra, and when black metal expresses a sense of classicism I am on board (see Make A Change… Kill Yourself). 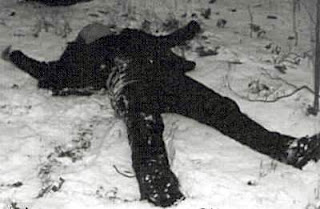 The debut, The Iron Hand of Blackest Terror, is different territory in many ways. While the production on Cease to Live is, dare I say, perfect for its melancholic despondency, its predecessor suffers from poor recording values. But overall …Blackest Terror is a far more aggressive and raw effort that the sound detracts little from. There’s also the peculiar classical guitar-led number, ‘In A Room In Hell’ that merges mournful clean vocals with utterly insane screeches over the top. The release is deep-rooted in orthodox timbres but remains an intensely entertaining journey. If straight-up black metal isn’t quite your thing, aim for Cease to Live; without doubt a master class in speedy black metal with a nihilistic, depressive edge.

Highlights:
The Iron Hand of Blackest Terror: ‘Into the Burning Fog’, ‘In a Room in Hell’, ‘A Fanfare of War Sounds in The Sky’
Cease to Live: ‘Through Cruelty to Illumination’, ‘Cease to Live’, ‘A Bleak Sun Enlightens Me’, ‘Boundaries of Evil’. 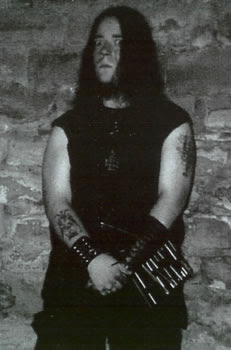 Wigrid awoke in the year of 1998 at the behest of sole-member Ulfhednir and became swiftly celebrated for writing the best Burzum material that Burzum never wrote with the 2002 debut, Hoffnungstod. Fortunately, Varg’s early material that Wigrid draws from remains, for the most part, still incredibly immature and poorly realised. Ulfhednir did away with Burzum’s tendency to descend into crooked pantomime and walked away with several atmospheric and beautifully composed tracks all of varying length and feeling.

Hoffnungstod ranges from brutal, stomping black metal to pondering dirges and moments of clarity, often within the reaches of one song. Vocal work is very reminiscent of Varg’s howls but within Wigrid’s music, it’s effective and heart-wrenching.

My advice is to listen to this album on a grey, rainy day when you’re feeling down on your luck and try your hardest not to get sucked into hopelessness, because it’s practically impossible to not feel worse after a spin of this record. Hoffnungstod represents for myself a place of solace that I can retreat to when nothing’s quite right. The sheer artistry that Ulfhednir conjures from these despairing tones is totally bracing. For this reason alone, Wigrid can be hailed as one of the finest depressive black metal acts of recent times, miles apart from the dross that developed in the wake of this once popular sub-sub-sub genre. 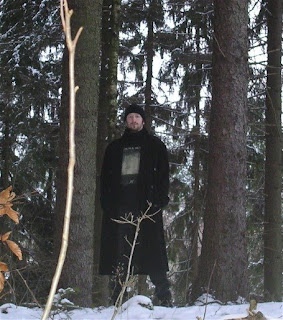 Throndt seem to be a somewhat hidden gem within German black metal. Not widely known by any rate and barely operational from the looks of their discography. Only one self-titled album exists, with two splits with equally obscure bands on either side. F. Grimnir is the soul behind Throndt’s glorious homage to the forest and winter, taking on the roles of vocals, guitar and bass. Two additional musicians perform drums and cello.

“Glorious” is a pretty apt description for what goes on in Throndt. The album opens with an understated plucking of an acoustic guitar, only to throw the listener into the deep when roaring buzzsaw guitars take form around what can only be described as a ‘jovial’ folk melody. Not quite Nargaroth’s Jahreszeiten mind you. From here the direction is solid; think Darkthrone encompassing folk and you might have an idea.

A downside to Throndt’s attack is that it does come off as very traditional, some riffs are just blatant black metal fodder as can be seen on second track, ‘Das Geschenk Der Holl’. But time and time again I forgive the record on the grounds that it’s a great ride. And listening to black metal fodder riffs will never stop being fun. Whether it’s the down-trodden doom of ‘Im Kerker’ or the warlike attitude of ‘Winterruh’, Throndt never ceases to please. A welcome addition to the album is the four acoustic interludes, spread symmetrically through the album’s eleven tracks. These delicate folk compositions break the album up nicely and shit you up each time the metal abruptly returns.

No article discussing German black metal can deny Lunar Aurora a place. A chance discovery placed me directly in the thrall of the uncompromising brutality displayed on Mond, but each album from this grim institution has a sound completely of its own. Aran and co. were never afraid of experimenting with black metal right from the early days. The cold and synth-laden sound of the 1995 demo A Wandering Winterdream Beneath the Cold Moon founded their archetypal sound which would be built to new heights with each subsequent release.

Whether it’s the strange, off-kilter riffing of ‘Zorn aus Äonen’ from Elixir of Sorrow or the wall of power chords powered by Mond’s ‘Grimm’, it’s nearly impossible to favour one album over another for the vast differences in aim and approach.

Undoubtedly one of the greatest acts to come from German shores, it’s unfortunate that they are currently on hiatus. However, they are still signed to Cold Dimensions where the website lists the classic line-up, suggesting that they are due to make a return at some point. The incredibly strong discography all comes highly recommended. 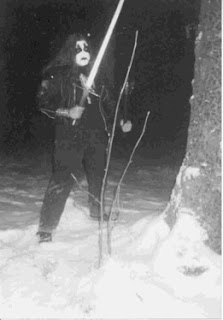 Moonblood heroically stuck to their guns when it came to their brand of raw, epic black metal. They released material on vinyl and cassette only, no doubt adding to their cult status. All their promotional pictures were of that brilliant grainy, black and white style; swords, torches, fire breathing and snow covered gravestones all working towards that ‘true’ black metal approach.

Moonblood’s most celebrated release is perhaps the 1996 full-length, Blut Und Krieg, an unsavoury adventure into warlike, raw as hell black metal. The recording is what you’d expect from such staunch purveyors of tradition; wafer-thin guitars, buried drums and echoing snarled vocals but the composition really shines through the low sound quality. Riffs are military deathmarches towards hell, spurring the imagination into images of undead hordes battling elves and humans. Old school? Yes. Good? Definitely.