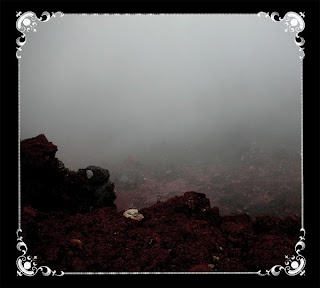 I picked up Castevet‘s Mounds of Ash on a whim from the fantastic Rapture Records in Witney, amazed to discover that a little record shop in small-town England had a section devoted entirely to Profound Lore. Since that chance discovery, I’ve come back to Mounds of Ash more than any other album released this year. It’s a complex and compelling piece of metal artistry that reveals new sides to itself with every listen, and threw up plenty of questions in my mind about the ideas that went into it. Last month I got in touch with the band. Drummer Ian Jacyszyn and guitarist/vocalist Andrew Hock kindly made time to answer a few of these questions.

Reviews of Mounds of Ash usually struggle to describe and categorize your sound. How would you introduce the record to an unfamiliar listener?

Andrew: I think the general umbrella of progressive black metal is rather applicable to what we do. It is a loose term, but we didn’t set out to create music that is easily categorized.

The record comes across as so much more than just a collection of songs: the way certain patterns in the opening track turn up again in the closer, for instance, gives the record a real unity. Was this all carefully planned, or did it develop organically? Was there an overarching musical goal for the album?

Ian: Andrew and I are definitely “planners” when it comes to song writing; very few of our ideas are left unquestioned. We rely heavily on the use of specific themes and motifs, whether harmonic or rhythmic. We obviously cannot control the outcome of everything we write. However, having this ideological writing process helps give our songs a sense of purpose. You might be the first person to actually notice and comment on the similarities between “Red Star Sans Chastity” & “Harvester”. “Harvester” was written shortly after we decided that “Red Star…” would be the opener for the album. We knew that we wanted the record to come “full circle” during the closer, so we wrote “Harvester” to essentially be “Red Star…” part 2. “Harvester” naturally took on a life of it’s own, but there are specific harmonic and rhythmic ideas that are borrowed from ‘Red Star Sans Chastity’. There is also a lengthy crescendo in both songs. I think that this kind of continuity is important. All of the songs on Mounds of Ash share at least one or two ideas. Some of the ideas are more subtly connected than others, but they are certainly not hidden.

Mounds of Ash includes some intriguingly titled songs (‘Harvester’, ‘Red Star Sans Chastity’), but no lyrics are printed on the sleeve. Would you be willing to divulge any information about the lyrics to any specific songs?

Andrew: The songs in question are actually linked as much lyrically as they are musically. ‘Red Star Sans Chastity’ deals with the desire to exit one’s body and exist on a completely abstract plane of existence, albeit an inevitably nonexistent one. The words link these feelings to very specific images I have come to associate with that desire through various personal experiences. There is a sense of anger towards existence and a hope that escape is not only possible, but also within my grasp in those words. ‘Harvester’, however is a succumbing to weakness, to life, and an acceptance of rather unfortunate basic realities. The main lyric to that song is “Harvester of dead trees,” a metaphor for a struggle that leads nowhere.

You have said that your lyrics deal with escapism. It seems that you use Castevet as a means of escape in other ways as well: Ian has said that he deliberately avoids the conventions of brutal death metal drumming, and Andrew that he tries to get away from the traditional approach of a guitarist. What importance do escape and escapism hold you as individuals?

Andrew: Escaping the confines of existence has been an unreachable goal humanity has struggled with since the early beginnings of our species. Whether this has been through religion, art, drugs, or death; people have been in a constant search to attain the unattainable. Much of this drive for earthly escape has resulted in some fantastic art and many monumental philosophical and metaphysical conclusions. However in the end, we are left only with our bodies and our minds, the acceptance that all of our creations are from them, and the knowledge that they will no longer exist in the future. This dialectic cycle inherent to such important aspects of human invention has always fascinated me and been a source of inspiration and frustration. 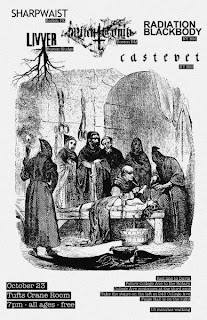 Other than providing your name, what significance does the Polanski film Rosemary’s Baby have for Castevet?

Ian: Well, I am a definitely a huge horror nerd, but the Rosemary’s Baby reference isn’t pure homage. We chose the name simply because we feel an aesthetic kinship to what the Castevets represent in the scheme of the film. The true intentions of the Castevets are not within plain view, and we feel the same can be said about our approach to songwriting. Our inspiration for writing songs typically cannot be heard as the primary voice; it’s the intricacies and details that are most important.

Not fitting easily into any one genre, you get booked to play alongside bands with a background in hardcore (East of the Wall, KEN Mode), as well bands closer to Black Metal (Altar of Plagues, Krallice, Velnias). What kind of show do you enjoy playing more? Do you get very different audience reactions?

Ian (continuing his previous answer): The band doesn’t really rely on any type of sensationalism. The listener needs to become more involved, and this type of involvement isn’t really unique to any one audience over another. We don’t really get different reactions from the two types of shows you’ve mentioned, and I actually believe that the audiences of the mentioned bands crossover a great deal. We’ve been fortunate enough to share the stage with bands that we admire at almost every show we’ve played thus far, so every live show has been a great experience.

Mounds of Ash is a very harmonically dense record. How does this translate in a live setting when there’s just the three of you?

Andrew: There are actually very few multi-guitar harmonies. While there is a lot of textural guitar layering on the record, almost all of the riffs and harmonies are coming from guitar chords, which are played with just one guitar. So, this has never been an issue for us. 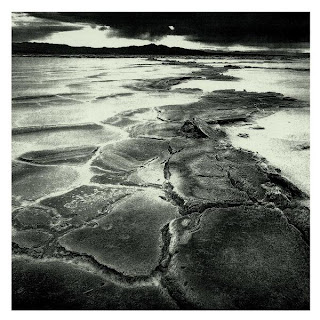 Your debut EP Stones/Salts is soon due for a cassette rerelease through Destructive Industries, a label better known for noise and power electronics. How did that come about? And what made you choose that format?

Ian: I met Thomas (who runs DI) through Jim, who used to run Paragon Records. He’s a truly genuine guy, and when he expressed his interest in the band it seemed like a natural idea to work together at some point. We’ve had many requests for copies of the Stones/Salts EP since our album came out. Since we have no plans to reissue the vinyl version of Stones/Salts, we felt that the cassette format would be a perfect solution for both the seekers of the release and newcomers to Castevet alike. I should state though, that this release isn’t just a rehash of the previously released vinyl version. The audio was remastered for the new format, and will feature newly designed, hand-assembled packaging in resealable poly bags.

You have said that your sound has its foundation in Black Metal: what artists do you respect most in that genre?

None of the members’ previous projects has any obvious connection with Black Metal. When did you start exploring the genre, and how did you get into it?

Andrew: Black Metal was actually the first form of extreme music I began listening to and have been an avid listener for half my life now. I got into it through hearing Emperor’s Anthems To The Welkin At Dusk. To say it was an eye-opening experience would be a massive understatement. My understanding of how music could potentially function and the atmosphere it could invoke were turned upside down. The right opportunity to have a project connected to the black metal genre had not arisen until I met Ian and we began working together.

Nothing about Castevet’s sound is typical of Black Metal, though, and you rely very little on the conventional stylings of the genre. What guitarists and drummers would you cite as particularly inspirational?

Andrew: There have not been a ton of metal guitarists to really inspire the way I play. Piggy of Voivod, Carl-Michael Eide of Virus and Ved Buenes Ende, Steve Hurdle and Luc Lemay of Gorguts, the riffing on Kvist’s Fur Kunsten Maa Vi Evig Vike, the riffing on Bergtatt, and Antti Boman of Demilich. However, I’d say my number one influence as a guitarist is the free-improvisation legend, Derek Bailey. My entire approach to guitar changed upon being exposed to his music.

What five records have you most enjoyed recently?

What’s next on the agenda for Castevet?