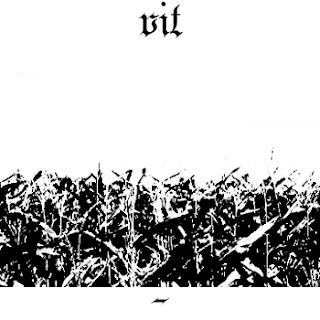 So another handful of Midwestern cultist nutjobs have convened on the vast Ohio cornfields in the hopes of hastening the return of the Old Ones. This is Vit’s mission and with their self-recorded debut “-“, the music is of such a bizarre occult calibre that LURKER sincerely hopes they are successful. Whether you’ve read Lovecraft’s work or not, even the most casual metal fan will have some grasp on the extent to which he has influenced the path of our beloved rituals. His name is usually dropped by only the heaviest and strangest bands: Moss, Electric Wizard, Innsmouth, Nile and Morbid Angel to name but a few.

However opening track ‘The Ardour of Saints’ may present a smokescreen of sorts for listeners who are well versed in Lovecraftian literature. Light years from the brooding gothic verse that Lovecraft channelled almost a century ago, instead Vit open with the most melodic, upbeat material of the whole album. Jangly, major key guitars enter the fray then slide into what can only be described as downtuned Le Secret era Alcest worship. But before you stop reading there, – has so much more to offer.

The onslaught of celebratory black metal is cut short as it warps into a sludgey, discordant soup. This stylistic U-turn is where the album starts for real. ‘Swansylvania’ erupts into incredible, lumbering blackened doom like Darkthrone colliding head first with the pace of Forgotten Tomb. Abysmal guitars ring out droning riffs shrouded with a startling melodic ability beneath powerfully enunciated growls of Lovecraftian allegory.

Two tracks deep into the mire of black metal experimentation that Vit wields so effectively and the listener’s expectations are challenged once again. As the album’s centrepiece, ‘Ascension Ritual’ starts with a fleet of acoustic instruments. Among the guitars banjos are nestled, giving the piece a distinct folk and bluegrass feel that echoes the musical culture of their homeland. Then rumbling double pedals set in as Vit continues to display the ease with which they traverse genres and defy all expectations, ranging from depressive dirge to thoroughly head-banging fistfuls of old school heavy metal.

Within the mish-mash of genre splicing and general experimentation, thankfully Vit never forget that they can bring the metal full force as ‘Puritan Ossuary’ showcases so well, with one of my favourite black metal riffs of the year forming the backbone of this song. A genuinely fantastic work of progressive black metal from American shores, do not miss out on this. – can be streamed from the band’s bandcamp page and downloaded for free. If you fancy shelling out, get it in FLAC or place an order for the hand-crafted boxset version! 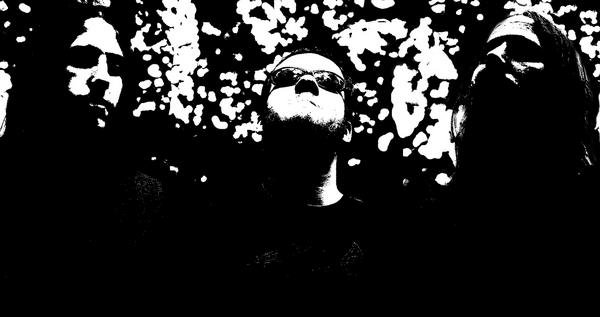