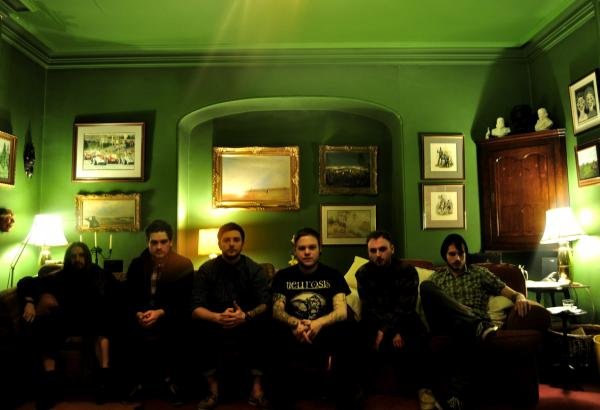 Here’s a band worth keeping an eye on. Light Bearer, formerly Aeshættr (UK), may be the most ambitious post-metal project to emerge from the British underground since the mighty Fall of Efrafa. After years of writing, the band has just wrapped up the recording of its debut full-length, ‘Lapsus’, the first chapter of a four-part epic recounting the tale of Lucifer’s banishment from heaven. Listen to the first two tracks here.

Comparisons with Fall of Efrafa could be well grounded: it looks as if the two bands share a frontman (Alex), whose crusty bellowing and love of lofty concepts are as strong as ever. But Light Bearer are taking their own direction, as you can hear from these two tracks. The strong sense of melody and rich harmonies remind me of much-missed Scottish favourites Aereogramme. It’s hard not to compare the heavier moments to later Fall of Efrafa, but where that band drew its force from dark, earthy powerchords, Light Bearer are building huge chords bolstered by well-orchestrated strings. This won’t be to every LURKER reader’s taste, but I can’t wait to hear the rest of the record.

‘Lapsus’ is out on Alerta Antifascista, Halo of Flies and Tokyo Jupiter this March.