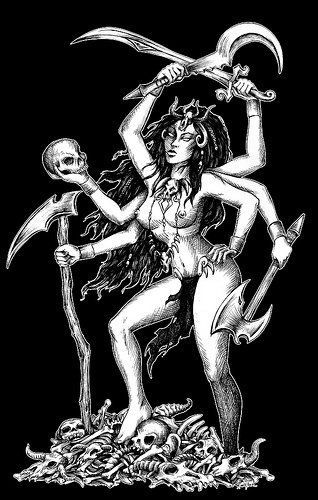 Brutal. Thrashing. Wrath. Dethroned Emperor return with WAR GRIND HELL. A one way trip through the most unforgiving paradigms of powerviolence, grind and bestial black metal. What separates Dethroned Emperor from the swelling throng of underground brutality acts is delivery. WAR GRIND HELL remains unforgiving from the get go, through the execution until the closing crunch. Like peeling back the scalp of Patrick Bateman to reveal primal urges saran wrapped in blood and semen. This is pissed off music. This will make you bang your head and pound your chest in the moments of unrestrained chaos. Cut throat growls remain inhumane throughout. The guitar alternates between low-end tremolo rumbles to fully fledged riffs. Drums batter and pummel along, showing restraint when necessary. Culminating in a swirling vortex of tangible rage.

WAR GRIND HELL is a marked improvement on the full on assault of Bullshit In, Bullshit Out. There is a lurching, brutal baseness to proceedings. Moments of sure-fire possession fold into the glory of all that this band is: two angry dudes jamming and having a fucking good time. They have upped the ante on song writing too. I swear their instruments are made from the bones and sinew of boring bestial death metal outfits. Guitars ooze the taint of thrash this time around. Palm muted power chords breed glorious open ended sections of head nods to doom. There is variance between tracks. Pummelling your higher cognitive functions with blunt sounds never felt so right. So animalistic. So triumphant.

Over time, powerviolence and bestial death grew tiresome. Factions lost the maelstrom of shock and terror that initially sparked my interest. Eventually the unbridled aggression deteriorated into shallow copycat syndrome. Every band was peddling the same wears to the same end. Dethroned Emperor avoid this pitfall. The music straddles a line between a sense of self-enjoyment and glorious fucking baseness. Recommended for any and all LURKERs. Dethroned Emperor have tapped your nerve. They are fucking up your instincts. They are a celebration of heavy music and human error.

Get in touch with the band here to get your hands on WAR GRIND HELL. Follow the mischief here. Watch and listen here: Dethroned Emperor @ The Aquarium 10/26/10.