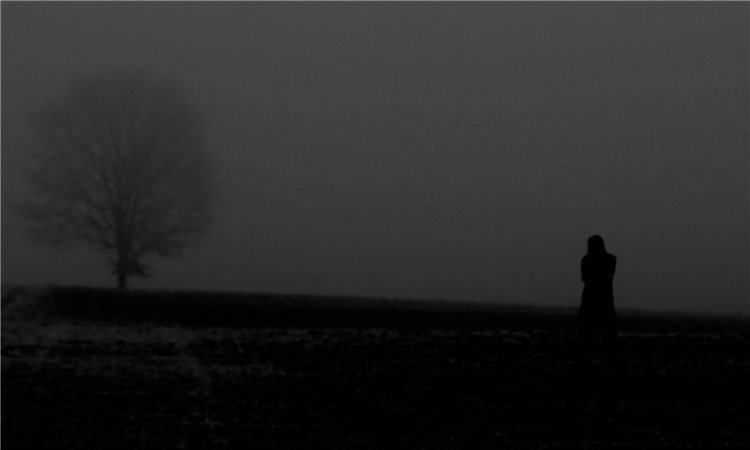 The snow has come back at last, and Lurkers all over the northern hemisphere are leaping at the chance to listen to some Paysage d’Hiver in its ideal setting. Wintherr has a unique talent for building hostile and claustrophobic landscapes out of metal, synth and static. There’s no Romantic idealisation there, just the relentless cold of the compositions and the smothering blizzard of static that blankets all of his music.

Christoph Ziegler’s Vinterriket paints a different side of winter. Like Paysage d’Hiver, Vinterriket shuns the stylised idea of the winter landscape as an object of beauty – a view that appealed to the Romantic painters and second-wave bands alike. But instead of the oppressiveness that Wintherr’s music so often conjures, Vinterriket captures the overwhelming sense of barren lifelessness one has when gazing from one peak to the next, with only the sound of the wind to break the silence. The music, which more often than not consists entirely of synth and the faint sounds of the elements, is stark and minimal. The sheer bareness of the music is made all the more obvious by the glacially clear production. It feels unsettlingly empty and, if it catches you in the wrong mood, can be an utterly stultifying listen. But sitting here now in the low-lying Taunus mountain range (Germany’s answer to the Malverns), looking out on the silent white of the woodland, there’s nothing I’d rather be listening to. Once the wanderer has spent long enough gazing at the cold face of a mountain, the sense of awe at its beauty is replaced by a much more powerful impression, an utterly compelling sense of the desolation that is the true soul of winter. Each Vinterriket album offers a slightly different definition of that sense of desolation, set out in the language of sound. The music is lifeless and changeless, and I never find myself asking whether it’s beautiful or not. For most of the year, music matching that description holds no charm over me, but right now I want nothing else.