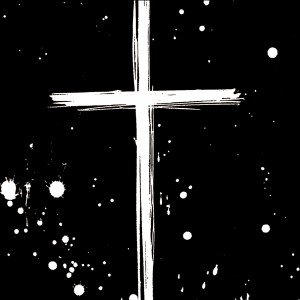 Witchcraft, in all of its manifestations, has a strong appeal for visual artists and musicians given its mysticism and lore, evoking those primal, vague memories of forests, torched wood, pale sand and shadowy creatures of the night. Man alone against nature, attempting to explain and control the forces beyond him, devised all sorts of rituals to portray those natural elements through drawings, rituals and music. Tied to this tradition, women have been one of the most common elements in pagan lore and likewise media representations of it. Look no further than the likes of Jinx Dawson, of Coven, or films like Antichrist or The Blair Witch Project, which in one way or another reinforced the idea that women  are most capable of channeling the mystical forces of nature and subvert it into others, for good or evil ends.

Monarch have always carried a sense of mysticism, but since Sabbath Noir it seems they’ve decided to take a step further into the symbolic, ritualistic realm of witchcraft manifested visually and lyrically through their vocalist, Emilie Bresson, and shape the mournful, anguished vibe from their previous efforts into a living sonic presence, summoned by torture. Take the spiteful bride abandoned on a rocky altar in ‘Winter Bride’ (from their album Die Tonight), the cavernous shrieks at moonlight on Sabbath Noir and the tormented moans broken by the decrepit percussion of Sortilège, and you’ll have an idea of what Monarch conjures in Omens.

Unlike most of their records, this one is comprised of three songs, one of them (‘Transylvanian Incantations’) mostly instrumental, working as a thematic bridge between the first and the last song in the same way Sortilège bridges Sabbath Noir with this album.  Musically, it feels denser and more planned out. In the beginning, Monarch’s main focus was to build an atmosphere, play with deafening feedback and lay down heavy, soporific riffs as the vocalist screamed her lungs out, which made most of their discography seem  too consistent for its own sake (not to say “similar”). While this isn’t particularly a bad thing for those looking for that kind of atmosphere, you can only do it a few times before it gets old; it seems that they’ve understood this (or simply got tired of that approach) and decided to take things a step further. The result is a bleaker sound comprised of background feedback with a heavier low end and tighter riffing, accompanied by relentless, faster drumming reminiscent of funeral doom.

The vocal department displays clear signs of eclecticism, since the harsh screams characteristic of their early material were abandoned and now, instead of an anguished damsel, we’ve got here a raging witch, lost in chaotic ecstasy.  In ‘Black Becomes The Sun’, the surprise comes when those hateful shrieks are replaced by melodious, ghost-like vocals contrasting the mood of the opener, ‘Blood Seeress’, yet closing in the same chaotic vein.

Ultimately, the formula is successful. Beyond the symbolism (along with whatever meaning we could draw from it) and the way it’s presented through their visuals, Monarch have matured and managed to surpass expectations with equal measures of brooding heaviness and haunting melodies.

Omens will be officially released on CD via At A Loss Recordings on February 28. For more information, visit their Facebook page or their Twitter account (@xMONARCHx).