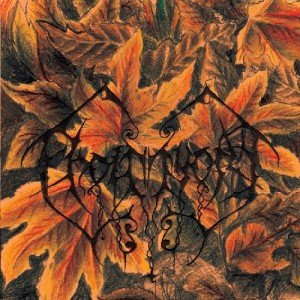 In extreme music today, melody has almost become a lost art. As metal strove to push the limits of violence and aggression, it moved ever further away from the melody-driven, harmonically conventional songwriting of its rock roots into more starkly atonal directions. While this has opened a lot of exciting sonic territory for metal bands to explore, it has also led to a trade-off: give up dissonance and atonality in exchange for melody and your Death or Black Metal could lose its forcefulness. Only a brave few have harnessed the full violent potential of melody and abandoned the crutch of ugly riffing: think Rotting Christ, Arghoslent and early Taake.

Let us now add another name to those hallowed ranks – France’s Fhoi Myore. This band first got in touch with LURKER last year, when they sent us their promising debut EP, The Northern Cold. Recorded at their very own, newly-built studio, the EP showed a band with an abundance of great ideas and a uniquely melodic approach, which left me more than a little excited by the promise of a full length. Arriving only a year later, I cannot believe the improvements this debut album boasts in every aspect of the band’s music. Every melody is honed to memorable perfection, and each song is stuffed so densely with excellent riffs that I can’t believe they’ve taken only a year to write. I’m aware that this sounds like typical, lame reviewer-speak, but have a listen and tell me I’m wrong.

Fhoi Myore’s self-taught recording methods lend yet another unique dimension to their sound. I’d struggle to find a production job that sounds even remotely like this: the guitars are incisive and raw, often straying well up into the red. The clipping on the palm-muted bits may horrify the Ross Robinsons of this world, but to my ears it sounds fantastic, and (for once) deserves to be called ‘brutal’. In strong contrast is the crystal-clear drum sound: Fhoi Myore have rightly recognised the virtuosic talent of their drummer Bress and put his performance under the spotlight (we’re not quite talking Rites of Thy Degringolade drum levels here, but it’s not a million miles off). Then there’s the disembodied shrieking of vocalist ‘Sreng of the 7 Swords’. Fed through Leviathan-esque filters, this man’s stentorian voice hovers wraith-like over the rest of the music in a way that many bedroom Black Metallers have attempted, but never with so much success. Fhoi Myore has set a ridiculously high bar for innovative DIY recording, and professional producers should take note.

It amuses me to think that somewhere, someone is checking out Fhoi Myore and writing them off as bog-standard Black Metal, simply because they don’t embrace the blatant shows of ‘experimentation’ that are de rigeur among today’s ‘forward-thinking’ bands. The truth is, though, that Fhoi Myore have found a whole new way to break with the genre’s notoriously tight conventions: giving their gift for melody a backbone of genuine aggression and capturing it all in a totally novel way. A truly outstanding release.