I should introduce this short retrospect by admitting I haven’t been wholly productive during this year in terms of reviews or features. Between the political turmoil of my country following Chávez’s death and my time consuming day job, there was little I could do to fix it. However, I’ll assume this feature as a Winter Solstice resolution of sorts, and work towards a 2014 with more content.

As you’ll soon notice, most of what I’ve been listening to lately is related to synthesizer music, mainly due to my current interest in the composition and making of said equipment. However, there’s some variety to be found buried beneath all that stuff, so without any further ado, here’s the unranked, alphabetical list of the 20 most remarkable albums I listened this year: 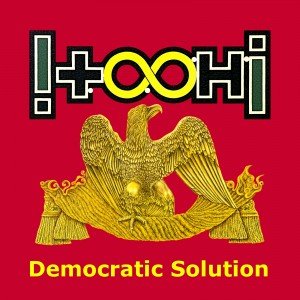 The final and weirdest album by this long revered Czech death metal band is partly the result of the strained efforts by Humanoid, after suffering an undetermined mental illness that hindered his work on the band and ultimately put it to rest after one live reunion show. The album is half new material and half revisions of some of their previous songs, mainly from Rad a Trést, bringing some of their previous experience with the electronic side-project §§ to the mix to give it an uncommon twist, barely resembling death metal at that point. In the end they sound as unrestrained, meticulous and unabashedly tongue-in-cheek as they have always been, which is something to be thankful for. 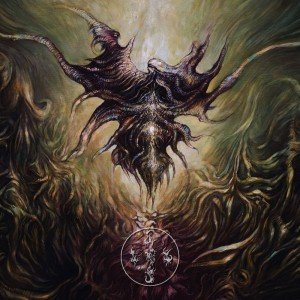 One of the main representatives of the informal occult death metal scene, Ævangelist shows they haven’t lost steam after their full length debut, boasting of a cavernous atmosphere which borrows the hard hitting beat commonly found in industrial outfit and mixes it with low end buzzaw riffing, setting the landscape for the abyssal, murky vocals evoking a livid mass of indiscernible bleakness, departing from the obvious old school homage by focusing on a slower, throbbing pulse of riffs that shifts the focus towards a bleaker shape of doom.

Alongside Agarttha (Francesca Marongiu’s and half of AR’s side-project), Architeuthis Rex has shown a lot of proficiency in terms of evoking space-age imagery with their imaginary soundtracks, colliding the slow-paced droning pulse of the drum beat with the dark kosmische synths reminiscent of Cluster, pushing through the notion of passive background ambient noise with a hypnotic soundscape that barely allows the listener to break away from the shifting, slow-building layers that comprise this short 6-track album. 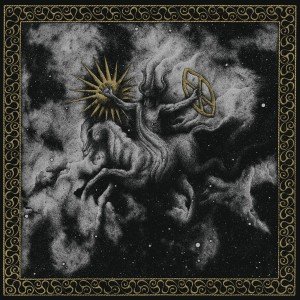 With barely an EP and a demo out, Bölzer has proven to be one of the most interesting acts to make a name for itself during 2013 and soon in 2014, with their upcoming participation in Roadburn and MDF. The swiss duo (whose vocalist is now part of the neozealand Witchrist) displays a wide range of major key riffing and protruding, heavier drumwork, conspiring together as a sun worship concept and expressed with shouted, chaotic vocals rather than deep and guttural; certainly an oddball when it comes to a band of this genre. It’s difficult not to feel drawn to a band like this in the wake of the rebirth of old school death metal sentiment. 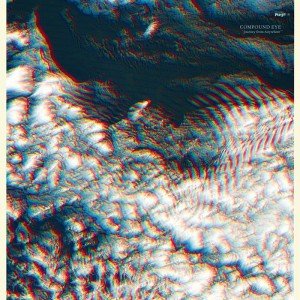 Fully improvised synth worship by one of the ex-members of Coil and Psychic Ills, whose clean, distorted sequences emerge from the warmest spot in the firmament before clashing into the subterranean void of primordial Earth, driving the listener across a slickly narrow tunnel towards the beginning of time. 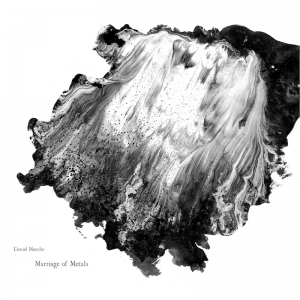 A two-part album which brings together the hypnotic vibe of the Gamelan gong with his usual corrosive noise, adding another dimension to the trance-like pulse of the metallic braiding of the ensemble. 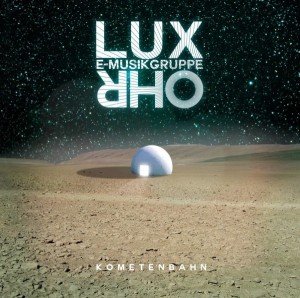 One of the most remarkable progressive-electronic bands I’ve heard as of lately, this Finnish ensemble merges for this 6-track album an array of psychedelic movements into a sound hard to pin down to a single era, lead mostly by MOOG synths and sequencers and reminiscing of bands like Heldon with their vibrant guitar solos and optimistic feel. 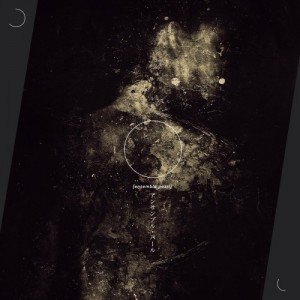 Easily the most focused Stephen O’Malley side-project as of late, which might be caused by the fact its basic composition is closely tied to Michio Kurihara’s low key psychedelic compositions, stripped down to the minimum to bring forth a trudging sound that leaves behind the coarse guitar riffing to focus on slow-building arrangements, not too far from the aforementioned Agarttha and Architeuthis Rex in structure. There’s a 2CD version whose second part is comprised of demo versions of the original sounds, allowing to understand the progression and bringing another side to this interesting collaboration. 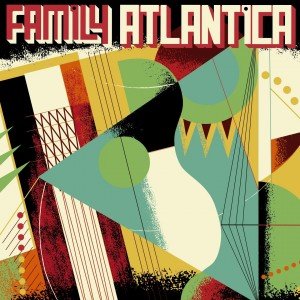 This curious ensemble was brought to my attention almost by accident, while I was looking for local jazz bands. Three main influences collide here: Venezuelan folk music, jazz and psychedelic folk in general, creating an endless terrain for creative development and flowing from one to another style seamlessly. 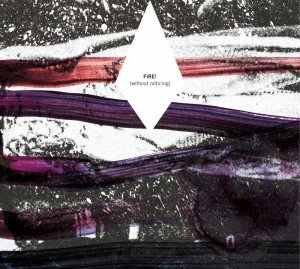 It took me a while to decide between this album and The Thing’s Boot!, but ultimately I decided to go for the Gustafsson/Berthling/Werliin trio since it slipped off its course and went for a feedback-infused sound without losing its psychedelic edge, less restrained and therefore closer to what I’ve been listening lately. In the end they’ve retained the formula they’ve been known for a while: frantic reeds on top of incendiary guitar riffing, following the motorik pulse of the drums to a beat.

The first time the trio collaborates with a big ensemble of 24 musicians proved to be a high success as expected from long time participants of the Scandinavian jazz scene as Mats Gustafsson, Raymond Strid and Magnus Broo are, among many other renowned names within this collaborative effort and whose similarities bring to mind past collaborations with members of The Ex. In here the typical noise/psychedelic sound of the band is pushed to the background to expand upon the traits their individual members are known for and explode in a thrilling display of free jazz and psych-rock, which is expected to have a second part released in 2014. 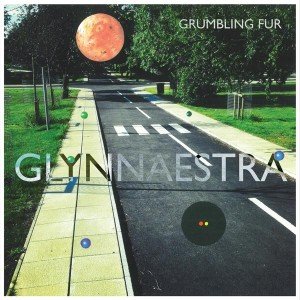 The krautrock group led by Daniel O’Sullivan and Alexander Tucker moved from their more abstract origins into a style closer to avant-pop, firmly tied to its 80’s influences (such as the shamelessly referenced Blade Runner in two of its tracks) and feeding off a wealth of hallucinogenic imagery inspired by the folkish, spiritual tone of the wake of british prog-rock. 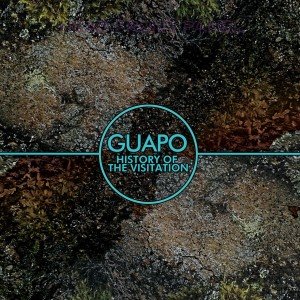 Guapo – History of the Visitation

In the best tradition of zeuhl and avant-prog, the latest Guapo impresses with its long, intricate compositions full of pace shifts and repeating motifs that tease and evoke a sense of danger before assaulting the listener with an elaborated display of musicianship only a few bands of the genre can boast as of late. 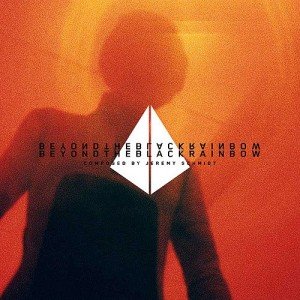 Jeremy Schmidt – Beyond the Black Rainbow

I don’t usually consider soundtracks for lists like these, but I had to make an exception for this one since it made a big impact on me ever since I heard it on the film: Jeremy Schmidt managed to capture the grindhouse sci-fi horror Panos Cosmatos was going for his opera prima, creating an evocative score that brings classics in the field such as Ennio Morricone’s The Thing while inducing a colder, dreadful outlook to the stark, neon lit scenery of the film with spacious synth-work. 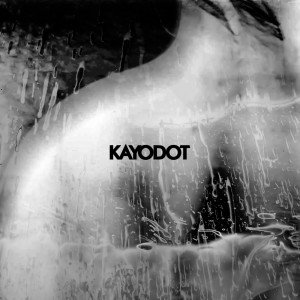 With all the jumps back and forth of Kayo Dot’s discography in terms of style, there’s still an unifying element embedded within its fabric and that’s its focus on unrelenting progression and detailed songwriting, capable of combining poetic subtlety with disengaged ferocity, the true portrait of a creative and sincere mind as Toby Driver’s is. The album goes back to its heavier roots while retaining the jazz elements they developed on Coyote and Gamma Knife, allowing them to highlight the key elements brought by the lyrics imbued with Hermeticism and dream-like allegorical sceneries. 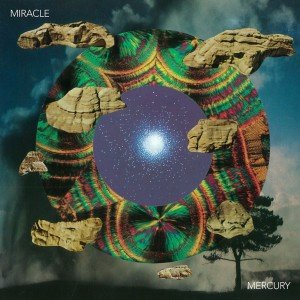 The long-awaited LP by Steve Moore and Daniel O’Sullivan (half of Zombi and member of Ulver/Mothlite/Guapo respectively) develops further the catchy sound of the synth-pop from the 80’s with a Coil likeness in the sensual way the vocals are delivered, with an italo disco aesthetic finding a common place with cosmic harmonies, swept together into the danceable rhythms. Only Organon (also the longest track) departs from the formula, an almost instrumental track deeply imbued with soft bass droning, subtly led by lush arpeggios. 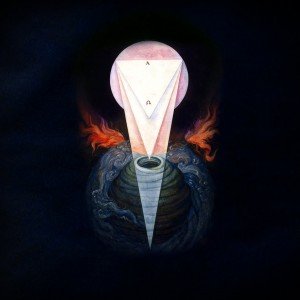 Preterite – From The Wells

With this follow-up effort to Pillar of Winds, Preterite sets back its instrumentation and focuses on Genevieve’s sorrowful vocals, retaining its psych-folk edge while allowing minimal chords to slither beneath the crevices of the compositions, and mesmerizing the listener with its soul-shattering delivery. One of the most beautiful albums of the year for sure, since it evokes the opposite feeling its lyrics reflect: void and loss of self. 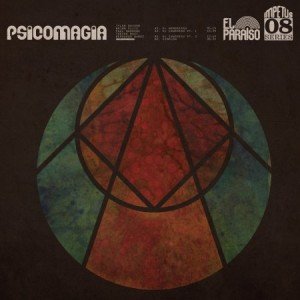 With a stunning mix of spiritual jazz and psych-rock, the members of Astra and Radio Moscow join forces in Psicomagia, delivering a groovy, joyful series of songs that barely ever slows down to allow some breathing time within the sax and guitar solos and the intricate drumming, and held together with Bernardo Nuñez’s poetry. Comparable to well known Canterbury prog acts like Soft Machine and avant-prog classics like Magma, this album is a display of technical brilliance whose only flaw is its short length. 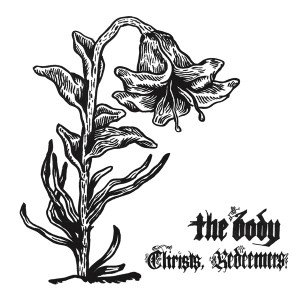 The choral ensemble known as The Assembly of Light delivering its harrowing backdrop vocals in the midst of the dissonant riffing and searing drums have proven to be a winning formula for The Body, as they’ve been brought back together for their latest album and once again became a primordial element of their apocalyptic delivery. The band focused mostly on the found footage horror vibe with the piercing feedback of the guitar and oppressed screams of Chip King, barely giving away their meaning as he churns out blunt, tuneless riffs, while Lee Buford sets the pace with merciless drum beats, portraying the aural equivalent of a death cult like the one in Ben Wheatley’s Kill List. One of the most remarkable albums of the year and with good reason. 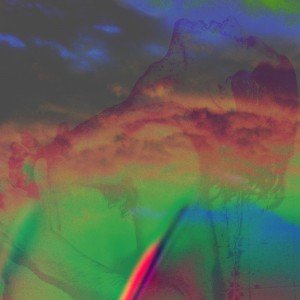 A bizarre meeting of techno, kosmische musik and noise, Weird Universe is as endearing as violent in its execution, comprised of ever-shifting tones and calculated noise trickery, building upon layers of electronic beats and colorful arpeggios catchy enough to evoke dancing but too hard-hitting to allow anything beyond a headbang. And as such, I can’t get enough of it.