That’s ‘National Socialist Black Metal’ for the uninitiated. I have no doubt that such a concept would have made a few of you squirm and I certainly did when it first became known to me. For Black Metal, an already intensely dark and controversial area of music in its own right to be mixed with such a brutal ideology may prove too much for some to stomach.

But come now, Varg has been subtly extoling his ‘aryan virtues’ since at least ’93. And if mere controversy makes you feel uncomfortable then you should not be listening to Black Metal at all!

I have always approached NSBM from one stance: Ugly people with ugly ideologies making incredible music. Of course, this is not always the case but I think it would be enough to name-check Hate Forest, Drudkh, Astrofaes, Kataxu, Sunwheel and Grand Belial’s Key off the top of my head to prove it. If you’re not familiar with these bands I suggest you check them out. 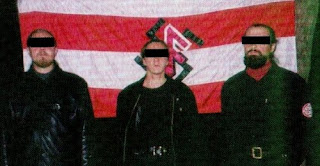 There’s a swarth of NSBM out there; some great, some fucking awful but this post intends to explore a particular niche of this often maligned genre. Based in Novomoskovsk, Russia, the BlazeBirth Hall circle was formed by Ulv Gegner Irminsson of Forest and Raven Dark. Elitist and staunch in its political beliefs, only close friends of Ulv were allowed to take part. In fact, the bands that became BlazeBirth Hall only ever seemed to include Ulv, Kaldrad (a particularly prolific musician within the collective) and a few various other comrades. 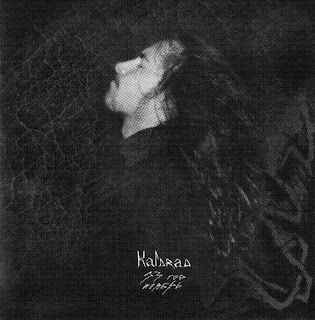 BlazeBirth Hall has become infamous within the international black metal scene for the string of violent crimes and revolving door jail sentences related to the group. In 2005, Ulv was brutally stabbed to death with the circumstances surrounding his murder left strangely unclear.

It’s obvious how dubious these people are, yet my interest in BlazeBirth Hall lies solely in the music it created. To edit my initial statement, BlazeBirth Hall can be summarised thus: ‘Ugly people with ugly ideologies making some of the most beautiful, reflective and mind-bending music that I have ever heard.’ Don’t believe me? The albums I’ve included with this post will hopefully change your mind.

Forest’s As a Song in the Harvest of Grief opens with a notable ambient guitar piece, held together by a drunken folkish melody while two buzzsaw guitars climb bizarre scales in and out of its gnarled husk. A listen to this album is worth it just for this opening track. What follows is a suprisingly savage and melodic album with a deliciously raw guitar tone and desperate, anguished vocals. I suppose a fair comparison would be early Burzum although more hynoptic, grim and inaccessible than Varg could ever manage. 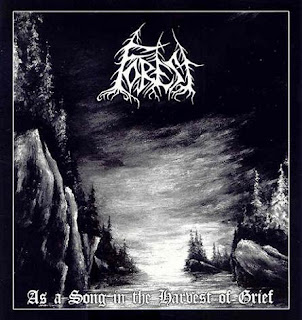 1. Into The Mouth of Breath
2. By The Flame in Our Veins
3. To The Spirits Fire
4. Where the Truth is One…
5. Spilt Be, The Scum of Blood
6. As a Song in the Harvest of Grief
7. Storm till the Ocean’s Heart
8. Untitled Track

Branikald’s Rdjandalir is not all that different from Forest, not through emulation but because they are both projects of Kaldrad and his brilliant style takes centre stage on both records. Rdjandalir features four long compositions of raw and ambient black metal that surges and stumbles across 45 minutes. I’m not sure what to say but I am sure that I failed to do Forest justice above, and I’m not about to do the same for Branikald. Just know that these are a couple of my favourite black metal releases. 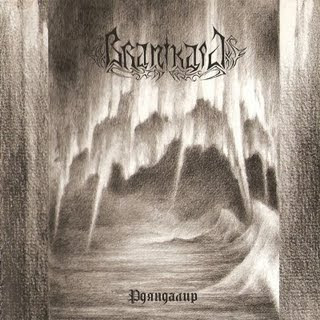 1. Microcosm of the Spirit
2. Spirit Sense
3. By the Timeless Nightly Dusk
4. Rdyandalir
Oh and don’t forget, National Socialism is for faggots.
black metal