‘Let our crowds be fed on teargas and plateglass, ‘cos the people united is a wonderful thing.’ 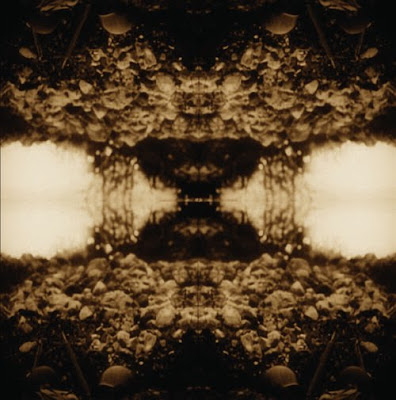 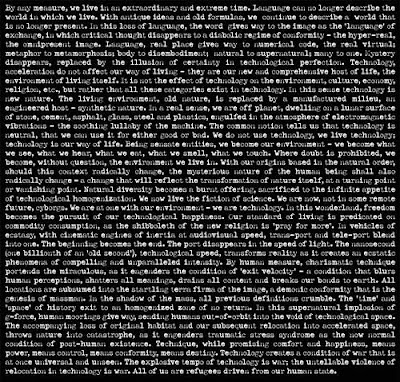 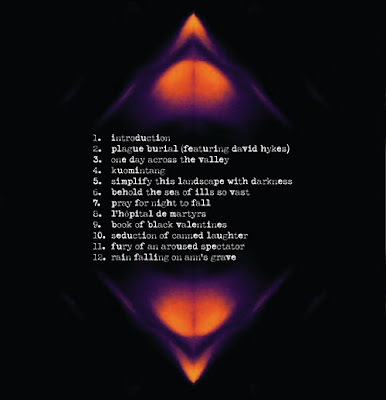 Little is known about Teargas & Plateglass. Who are they? What drives them to create such bleak, depressive soundscapes? Apparently, the last interview they did was five years ago. What I can tell you however is that this is industrial music as it was intended to be played. Both a visual and aural project, the producer duo also creates bizarre and nauseating films to accompany the music, full with scenes of violence and warfare.

The suffocating darkness invoked here makes Trent Reznor’s work sound more akin to the Black Eyed Peas than the style he is credited with popularizing. Taking cues from trip-hop beats and alligning them with dark ambient drones and sorrowful orchestral sounds, this is music for the end of the world.
Black Triage focuses single-mindedly on the themes of genocide and the apocalypse, using samples from political interviews and using depressive monologues to further drive home the feelings of hopelessness that is so prevalent in our technology-obsessed 21st century world. Here’s the music video for One Day Across The Valley, so you know what you’re getting yourself into. It seems that the spoken word is a direct translation of someone’s real experience:
Brilliant dark ambient industrial. This is what I’d be spinning if the world was crumbling around me. If you thought Portishead’s 3 was pretty bleak then you should hear this. Go get!
Support Now//Teargas & Plateglass
dark ambientindustrial