Morbid Scream were a Plano, Texas based thrash metal band formed at the dawning of extreme metal in 1986. They released two demos in ’87 and ’88 before changing their name to The Morbid to release a final demo in 1990. The band would have been resigned to the darkest, most obscure corners of heavy metal history, were it not for a local fellowship with blackened thrash champions, Absu. Absu covered Morbid Scream’s The Coming of War and Morbid Scream on The Sun of Tiphareth and The Third Storm of Cythraul albums respectively. 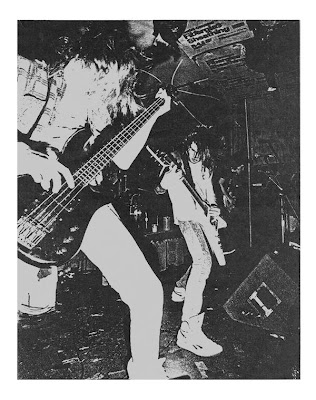 And so Morbid Scream’s legacy lived on. A compilation featuring tracks from both demos, an unreleased studio track and a smattering of live recordings was released in 2007 on Tarot Productions, Proscriptor of Absu’s label. The music is what you would expect from mid-’80s thrash metal: Only power chords allowed, open E-string riffing a plenty, erudite solos and proto-death metal vocals. It would be too easy to understate the band’s importance though. Naturally a lasting impression had rubbed off on Absu, as Morbid Scream’s influence certainly guided the former into their own brand of blackened death/thrash metal. The studio tracks have been reworked in order to retain the power a chosen few experienced first hand, and if the live recordings are anything to go by, this would have been a brutal experience. Tinny as they sound to the modern listener on a hi-fi, the crowd at the end of When The Killing Begins are left screaming ‘ONE FUCKING MORE! ONE FUCKING MORE!‘ Morbid Scream are a criminally underrated death/thrash outfit, considering their quality compared to more successful bands of a similar type. It’s likely the band never expected to see any of their material properly released, much less 20 years after they threw in the undoubtedly sweat and blood drenched towel of their toil. 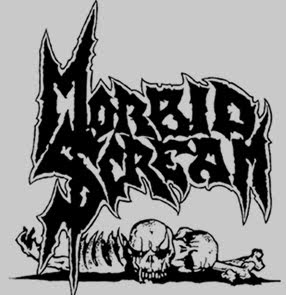