This gem has been sorely overlooked in my collection for at least a couple of years and I’m really glad I thought to give it a random listen a few weeks ago. Rites Of Thy Degringolade are yet another product of the once fertile Edmonton, Alberta scene in Canada, a veritable machine in terms of churning out bands in the death/black metal vein, including ‘household names’ Revenge and Sacramentary Abolishment. Rites Of Thy Degringolade are in fact linked to the latter by ways of drummer, Paulus Kressman, who formed ...Degringolade in the wake of his departure from Sacramentary Abolisment. While Kressman’s role was limited to the skins in his former band, here he takes over all the instruments to outstanding effect. 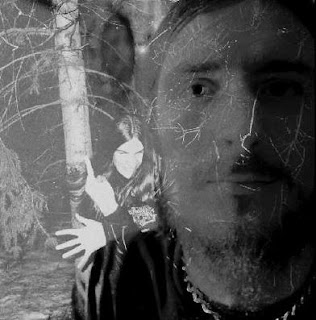 Two guitar tracks are panned to their opposite extremes, one full of treble, the other lurking around the middle and bassier frequencies. In comparison to the bass and drum levels, the attention given to the guitars is on face value a little lacking. Yet the guitar sound really prevails in the overall mix, crisp and clear it reminds me of the 8-bit heavy metal tracks from the original Doom series of videogames (fuck Doom 3), particularly on the beast of a track Thyhathbecomehim. There is method in the madness of a slightly quiet guitar mix however. They make way for the blinding drum performance that pervades the entire recording. Kressman is an unparalelled drummer; an incredibly precise, brutal and unstoppable force and perhaps the most enjoyable aspect of An Ode To Sin. The riffs are kept simplistic, primal and delightfully old school, allowing the drums the freedom to weave in and out of numerous time signatures, tempos, rhythms and improvisational passages.

Another immensely enjoyable facet of this album is how it treads the uneasy border between being a death metal project and a black metal one. The pace is generally extremely fast and peppered with blast beats, lending itself to a common cliché of black metal, but it is when the riffs are broken down into slower, chunkier and hugely satisfactory sections that the death metal influence is seamlessly traversed. You’ll know when a section like this drops from an instantaneous desire to rock your head, throw up some horns or whatever we metal fans are supposed to do. The rasping vocals are particularly awesome in these parts, forming rhythmic and memorable hooks you will grunt along to in your mind while working your shitty day job. Only a number of strong bands manage to get the black/death metal mix right, many others often fall into the trap of being either one or the other whilst under the pretence of being both. This is not the case with …Degringolade however, an underrated relic from the Edmonton scene that many acts could learn from. Take note class! 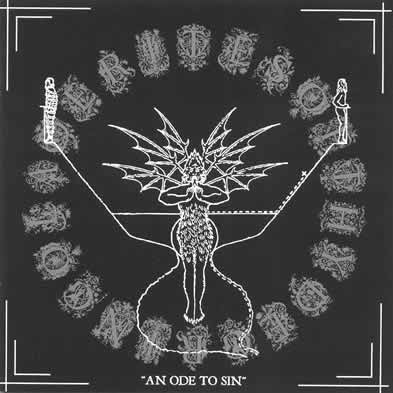