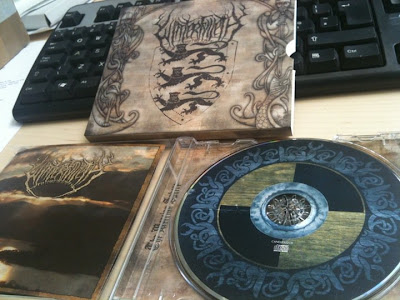 Despite being a prime example of ‘shiney’ black metal, Winterfylleth did a great job flying the flag for the British scene with 2008’s The Ghost of Heritage and marked themselves out as a young band bursting with talent and potential. This month Winterfylleth return with the follow-up album, The Mercian Sphere for release on the 19th through Candlelight Records. Expect more enormous folk-inspired riffs and an unwavering celebration of English heritage and the Albion of yore. No high-res pictures of the artwork on the net yet, so this snapshot from the band will do.
Order here
black metal