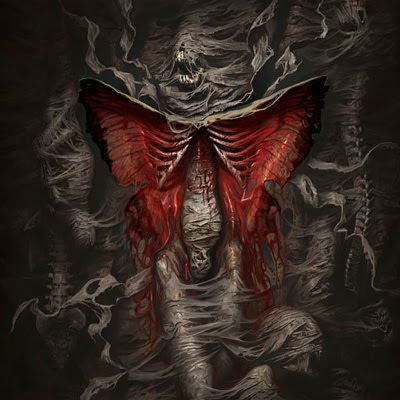 After lying dormant for over 15 years, the godfathers of gore infused death metal, AUTOPSY, have announced their intent to continue the quest for brutality. Following a successful stint at this year’s Maryland Deathfest, a new EP titled The Tomb Within will emerge via Peaceville this August. The band’s fifth studio album, Macabre Eternal, will also surface in early 2011! Autopsy had this to say:

“As many of you know, for years it has been repeatedly stated that Autopsy was over with and done for good. While that was indeed true for a long span of time, it is no longer the case. Autopsy has come to the solid realization that the time is now right to resume their mission of gore soaked death metal brutality and to fulfill this mission with maximum intensity. Make no mistake about it, Autopsy is not about reliving the past, basking in nostalgia or riding on efforts from years long gone. The band is hungry to devour fresh minds and souls and has been amassing an arsenal of new and deathly material to unleash upon those who also hunger for such brutality.
The surgical instruments are being sharpened and a pure death metal assault of the most horrific order is underway as you read these very words.
On behalf of the band, thanks goes out to all who relented and simply would not allow this beast to remain in the grave. Your persistence will be met with unspeakable and unapologetic sonic atrocities. Let the blood flow….”