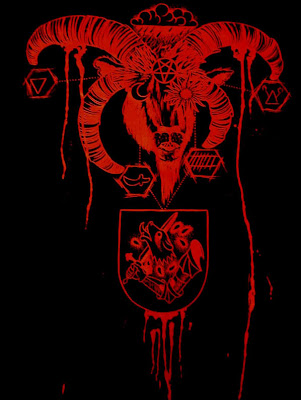 I downloaded this a long time ago and totally fucking forgot about it. On first listen, it’s pretty damn good! So I thought I’d direct those also unaware towards a free download of The Arm And Sword Of A Bastard God’s demo, first made available from the band’s myspace way back in early 2009.

TAASOABG vomit dirty sludge/doom noise in the vein of Coffins (albeit slower), with whom they released a split with back in 2007. The guttural death metal vocals over traditional, bluesy and groove-laden sludge is present here in force and it works well. Nothing overtly new or different, but as far as shoddy live recordings in your mate’s basement go, the sum far surpasses the parts.

A glance at the band’s discography is quite evident that they aren’t the most prolific sludge band around (see Thou) but as each release has seen splits with acts of a relative high profile (Gnaw Their Tongues anyone?), I hope to hear more from these So-Cal upstarts.

If obscure sludge is your thing at the moment and this demo has piqued your interest, the split with Coffins can be bought here, and the four-way In Hoc Signo Vinces here.