Canada has birthed some of the most inspired metal in recent years. From the war metal mode of Blasphemy, Sacramentary Abolishment, Axis of Advance and Revenge to the atmospheric melody bands like Gris, Csejthe, Miserere Luminis convey on demand. Between the noise fused racket of Menace Ruine, the blissed out drone of Nadja and the thrash onslaught of Weapon exists a melting pot of ideas, philosophies and interpretations. This report is not representative of the Canadian scene as a whole since I have removed the majority of well known bands in favour of lesser known oddities. If any of your favourite secretive kvlts have not been covered, tell us about them! 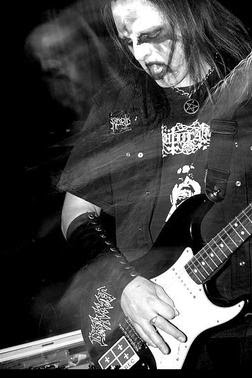 Quebec based one man project Monarque mixes a highly orthodox take on black metal with the melodic underpinnings that his fellow countrymen have become so renowned for. Obviously a talented musician juggling all instrument duties to a high level of competence, Monarque combines a great sense of winter awe with violent, powerful guitar work. 2007 debut album Fier Heretique (roughly translated as Proud Heretic) is by all accounts your standard black metal record: staple distorted arpeggios, samples, acoustic wanderings and binary sections. The power of the riff work, delicate understanding of song structure and careful balance of repetition all work to staggering effect.
Monarque comes into his own with 2009’s Ad Nauseam release, which built on the orthodoxy of the debut with added depth and tone to production. A great sense of driving black metal with Gorgoroth styled guitars, stock drum work alternating blasting sections with head nodding binary perfection. More atmospheric than its predecessor – the tasteful inclusion of synths is made most prominent on ‘La Vallee Des Larmes’ where the well applied layer compliments the atmosphere without completely overpowering the music.
Eschewing any sense of originality can be a massive mistake on the half of any band. Very few projects can successfully pull off this feel of orthodoxy without it feeling completely redundant or mundane. With a slight tint of melody that would not go amiss on a Sombres Forêts record, Monarque remain one of the more obscure Canadian acts that deserve your attention. 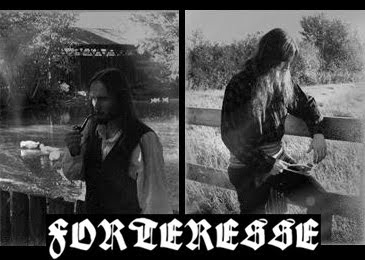 One of the strongest of the Canadian hordes in my opinion, Forteresse formed in 2006 with a penchant for Quebecois history and tradition. A far cry from the stale ambient black metal that a lot of fellow countrymen hold higher than any belief in innovation, Forteresse combine am ambient framework with raw, lo-fi qualities. Long repetitive drum commands the basis to their sound. Raw, simplistically melodic riffs leave haunting memories and stack up end to end to create a beautiful atmosphere when accompanied with the folk inspired accordion and violin song introductions on display. The feel is typical of the winterlogged, snowfall like mystery encompassing so many Canadian acts (I’m thinking the more popular outfit Gris) with a more aggressive undertone.

Metal Noir Quebecois is 50 minutes celebrating the concept of Quebec nationalism. Tracks are long in length and feature a unique wall of sound take on Transylvanian Hunger inspired guitar work. I particularly enjoy the Quebecois folk that introduces tracks like La Flamme Et Le Lys incredibly abruptly. Hard to describe such a unique take on black metal – encompassing all the beauty of a ravaged winter storm.

EP Traditionalisme is my favourite Forteresse release. Just over 11 minutes of hypnotic, lo-fi ambient black metal. The feel of the EP is so far removed from the usual ill-fated depression or anger that seethes through most black metal recordings, instead favouring a lingering oppressive sadness. The effect is achieved through a mix of slowly changing repetitive drum rounds, rasped vocals and chainsaw like guitar melodies. 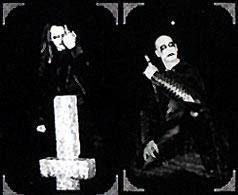 More absolutely essential orthodox black metal from Canada. Forget any premonitions about snow, melody, atmosphere or beauty. Godless North is complete Darkthrone worship. I could rant on about the inherent staleness of bands that stick to this formula or how there are so many other interesting bands delving into the more interesting territories of war, atmospheric, ambient metal, noise or drone – but an unwavering fist in the face of compromise is the only thing you’ll find from this band.

Formed in 1996, Summon The Age Of Supremacy reared its

black and white photocopied cover onto the scene in 2001. Recently I acquired the vinyl version put out through Sombre Records (who put out extra kvlt releases by Moonblood, Judas Iscariot, Katharsis, Deathspell Omega and Nortt to name but a few) limited to 350 copies. Nothing but insipid hate inspired Transylvanian Hunger destruction. There are next to no tempo changes over the course of the tracks, riffs remain a-melodic, bitterly cold and razor sharp. The album summons a great atmosphere echoing nothing but black metal sentiment. Focusing on anti-humanist themes and highly reminiscent of the days when you first heard black metal. Cold and minimal, the lack of technicality only adds to the charm. It is like discovering Under A Funeral Moon all over again.

Summoning The Age Of Supremacy
Skagos 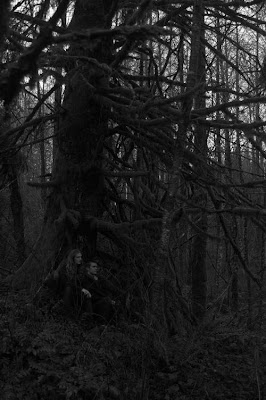 Like a slightly more melodic Wolves In The Throne Room, Cascadian black metallers Skagos captured everyone’s imagination last year with the colossal Ast. Hugely sublime riffs travel monumental distances as very simplistic chord progressions are built upon over extended periods of time. Echoing a sentiment of complete respect for nature, they use only natural instruments, omitting any inclusion of synth. What results is truly remarkable, a brilliant collusion of epic sublime black metal.
Skagos quite literally take you on a journey – the wanderer in the sea of fog. A glorious celebration of life that remains potently appropriate to the core black metal ideology: sorrow and anger that comes from a loss of admiration for nature and tradition. We live in a nightmare where we our great cities and civilisations are nothing more than grey mould slowly killing our planet. We have clearly forgotten how awe-inspiring nature can be. Skagos play sublime black metal that echoes a realism you’d be hard pressed to find in many other acts. Compulsory. 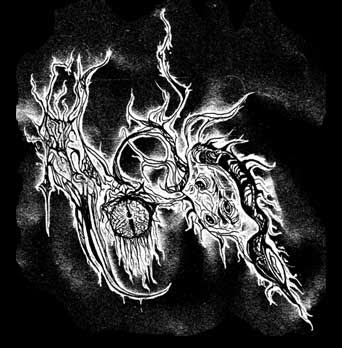 Rare that a band actually gets a tick in the box of ‘Genuinely Unnerving’ from me, Antediluvian are complete terror. Honest, morbid and completely filthy death infested metal. The music has a definite nod to death metal, maintains a lo-fi, dungeon type atmosphere throughout with the vocals taking clear inspiration from the likes of Incantation. With three demo releases and a split with Nuclearhammer and Light Am I behind them, Under Wing Of Asael is the bands latest 26 minute demo release and definitely presents their strongest work to date.
Track titles like ‘Indomitable Time Eater’ deliver exactly what they promise. The chaotic and often hypnotic approach to song construction ummons the almighty feel of Portal as well as LURKER favourites Cruciamentum whilst maintaining a terrifying bottom-feeder production designed to scare.
Highlights:
Under Wing Of Asael,
Anything you can get your hands on!
Lust 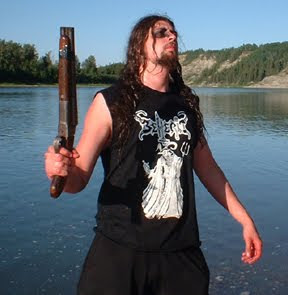 The sole project of one Sabazios Diabolus, one time bassist for thrash/death outfit Weapon, whose noisey and at times almost Portalesque take on war metal reveals a talented, if not completely fucked up, personality behind the music.
2009’s Genesis of a Satanic Race represents the culmination of the project before indefinite hiatus. Hysterical, unremitting metal: song structures vary greatly track by track as the drummer invariably falls into incoherent war metal babble before drawing everything back into some spiralling, awesome creeping chaos. The vocals are agonized wails, high pitched and completely insane.
Lust takes the insanity of Blasphemy and Revenge to fantastic levels of innovative and inspired frenzy – like Bethlehem re-recording Seven Chalices – phenomenal. Mr. Dekker of the fantastic blog Cosmic Hearse once had this to say about the album: ‘I imagine this what Blasphemy might have sounded like if they had ingested a goat’s skull full of PCP before recording ‘Fallen Angel Of Doom’. Mandatory!’

Highlights:
Genesis of a Satanic Race