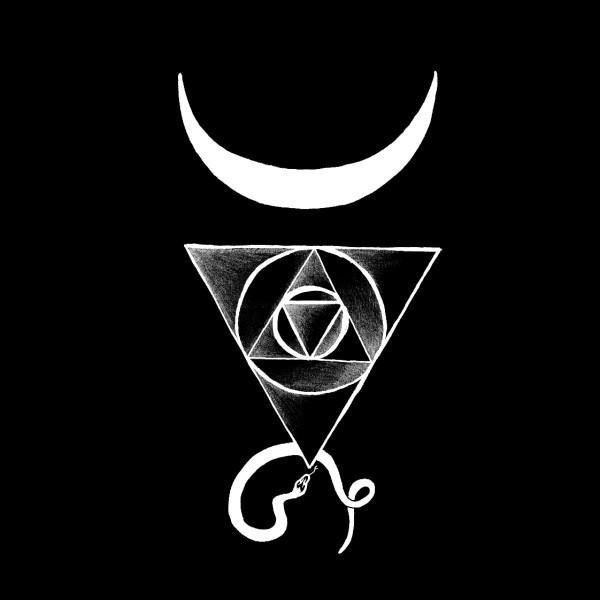 Bass is to harmony what inorganic nature is to the world, the crudest mass on which everything rests and from which all things arise and develop.

Low end riffing, spiritual affirmation, hypnotised euphoria; Horse Latitude’s dual bass incantations capture the most surreal, epic and psychedelic voyage into the annals of doom since Horseback raised our consciousnesses with The Invisible Mountain last year. After an infinitude of spins and a good amount of communication with the band, they agreed to elucidate some aspects of Horse Latitudes which I have interwoven in this piece.

Horse Latitudes formation revolved around the desire to affirm these soul-shattering slabs of tectonic doom whilst omitting any kind of superfluous guitar melody: ‘No guitars were needed as the stripped down core of the riff lies in the primitive rumblings of the bass. We take these limits as much as a virtue as a challenge, aspiring to create something more than the mere sum of its minimal parts.’

Album opener ‘Hornblas’ will immediately silence any of you sceptical heretics. The two bass guitars effortlessly weave and resonate with one another, leaving me wishing Horse Latitudes could play somewhere like Stone Henge – somewhere capable of accentuating this blissed out drone ritual. It may come as a surprise to hear the vocalist is also the drummer, since the two instruments imprint their own character and personality throughout Gathering to staggering effect. Harri’s vocals permeate the bass to reveal a high end proto-doom voice from the depths of yesteryear. The guarded rhythms employed by Harri on drums are repetitive and hypnotic, constant cymbal splashes and restrained fills adding to the organic narcotic that Gathering truly is. Nowhere is Harri’s talent more apparent than on ‘Son Of The Moon’, where restrained blast beats and a more engaged, irate vocal style are employed.

Towards the latter half of the album, proceedings alter and morph as tempo’s rise by a few beats per minute and musical influences begin seeping through the heavily occult veil the first three tracks so brilliantly worship. This is doom, albeit ritualised and re-invigorated with a prominent atmosphere and vibrant melodies that amount to much more than two bass guitars, one stripped down drum kit and a few dehumanised wails. Musically then, inspiration is drawn from the multiple pools of metal: ‘our backgrounds are quite diverse, mostly in the different kinds of metal, elements and influences of doom, sludge, drone, death and black metal are all there. Punk influences are just as prominent though.’ I would definitely include a bit of occult psychedelic reverie in there, made none more apparent than during album closer ‘Decayment’ where group chants chill you to the bone: THIS IS THE END, THIS IS THE BEGINNING.

To recognise in the bass the lowest levels of the objectification of the will, inorganic nature, mass and primitive histories is more than an ingrained Schopenhauerian principle for Horse Latitudes, they wear ideologies on their sleeve: ‘The interest in the power of primitivty, minimalism and repetition is common amongst us all. We share a deep fascination with nature in its various forms’. The doom-obsession revolves around a greater axis: the mired psychedelic vibes that haunt and echo through out Gathering, the trancelike vocals and repetitive intoxication of cymbals splashing elevates proceedings to a plane above and beyond outright low-end worship. Lyrical subject matter and conceptual themes tie in neatly with the undeniable groove Gathering seamlessly envelopes you with.

Though heavy on the cryptic, occult references – from vocals that shudder ‘I swim inside the sea’s of Saturn’ to the album themes (Harri describes some of them as ‘the hidden meanings behind the myths of dichotomy between femininity and masculinity, awakening to treacherous cowardice behind the origins of one-sided conceptions, unleashing the manifold of meanings and spirits once again’ whilst simultaneously refusing to reveal the meaning behind the album cover – so as not to deplete from the power of the symbols), the music in itself remains highly orthodox and inspired. Gathering is such a cohesive release that picking any highlights would amount to unnecessarily shadowing out equally awesome moments.

Gathering is an elixir of intoxication and colossal sounds. Mesmerizing, engaging and thought provoking. Highly recommended for fans of doom, Electric Wizard and Horseback ingrained psychedelia. This is my favourite release by Aurora-Borealis to date. Head on over to the Bandcamp page to stream some tracks.