Greetings Lurkers. This is Beau, creator of Hammer Smashed Sound.  I decided to leave HSS behind as I just couldn't keep up with the daily blogging anymore. Instead I will be writing this here black metal compendium a few times a year, only in the winter months. Expect Vol II sometime in late October. Until then, infernal praise to the Lurker. 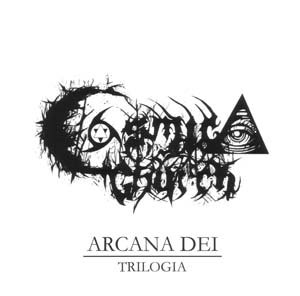 Obviously, Finland has an amazing black metal history, and there really seems to be no sign of slowing down. Cosmic Church saw their phenomenal trilogy of Arcana Die tapes re-issued onto an incredible CD, by Kuunpalvelus. It's been over a year since the tapes were released, and I am still completely blown away by the blizzard of guitar riffs that Luxixul Sumering has spawned on this beast. It is an expensive import, but worth every penny, I assure you. 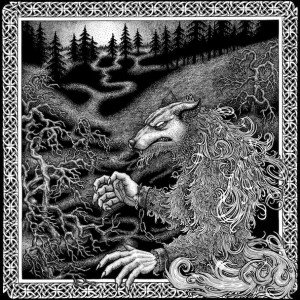 Satanic Warmaster released his first full-length in five years, and it was probably my personal favorite black metal record of 2010. Finnish black metal is associated with a lot of things, but do not be fooled. It is all about the riffs, and Tyrant brings plenty of impressive guitar work on this album, on his own label Werewolf Records. Oh, and don't be misled by all the talk out there of this one being really raw and lo-fi, and then expect something weak and tinny. This album has a really nice, full, analogue sound!

Let's put our ideologies aside for a moment and talk about Goatmoon and their recently re-issued debut full-length, Death Before Dishonour. This is a standout release in the recent history of Finnish black metal, and was the first release on Werewolf Records.  This time it's been released as a digipak version, with bonus track. An incredible atmosphere carries this record to near-legendary status.

Goatmoon also recently released a split LP with Dead Reptile Shrine, and have another  split coming up with the recently reformed Azazel. 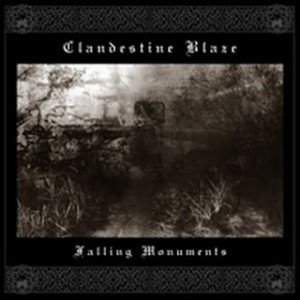 Of course, any talk of Finland and black metal wouldn't be complete without mentioning Northern Heritage and Clandestine Blaze. Clandestine Blaze just recently released Falling Monuments, and I honestly have not fully digested it yet, so I will hold my words for now. What I have heard is no disappointment.

All of the above-mentioned bands are amazing, but none are as scary as Ride For Revenge, who recently released a split of their own, with Bloodhammer, on Sami's Bestial Burst label. The label also recently released Gonkulator's lone full-length, Satan's Burial Ground, onto cassette for the very first time. This blackened ritual has much ties to the sounds bubbling over in Finland, so it is great to see Sami show respect to one of the few true gems from the US at that time.

Now, we all know that the Blazebirth guys are shady, but to ignore the music (as I did for years) may be a mistake. The group's emotional take on epic black metal is an amazing sound to behold, and the recent Branikald digipak release, A Life Betrayal to a Life Denial, is a great example of this style. This is an older album that finally sees the light of day, and is mandatory for Blazebirth fans.

Australia's Drowning the Light has been an easy target on music forums over the last few years, with the phrase “quality control” coming up often, but I must admit that I am truly enjoying his latest full-length, Catacombs of Blood. Fuzzed-out black metal with plenty of piano interludes give this a somewhat sad and desperate sound. Not usually my style, but this one clicked for me, for whatever reason. 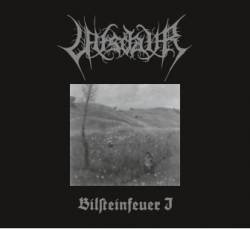 I've not found too many gems of German black metal lately, but hails to Ulfsdalir for a solid release. Bilsteinfeuer is a 3xCD boxset that could fit onto one disc, but it is a nice package, and a really good atmospheric record.

Thor's Hammer Productions released a couple solid releases from Belgium. Zwartplaag unleashed Haatstorm, a very solid, overlooked record with serious musicianship and a stellar (albeit still slightly harsh) sound, while Eole Noir released a 2 song EP which has one epic, winding black metal song and one lengthy acoustic number. Fans of the Cascadian sound will love this.

I usually don't think of Rio de Janiero when I imagine cold, lifeless black metal, but Wolfherr has the template down to a science. Their latest release, Resistance of Evil (?), is nothing but fast, raw black metal with a sense of immediacy that hearkens back to the early days of the second wave.

t never hurts to have “moon” in your black metal band name,  and by that logic Mexico's Moon are the kings. Their last release, Caduceus Chalice, is a  great, fully realized monument to expansive, atmospheric black metal, and will hopefully see them get the attention they deserve.

When it comes to US black metal, I doubt it will ever get a serious amount of respect, but that just leaves undiscovered gems throughout the genre. Drekavac is one such band, coming out the other side of your tapedeck sounding like Lightning Bolt playing angry, fast black metal. Drekavac prefer a straight-forward pummel to beat you down. 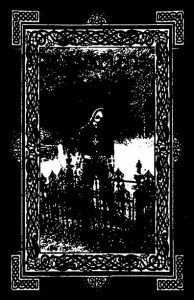 Caverns' demo, released on Parasyte Curse, was, and is, one of the greatest demos I've gotten in a long time. It's got an insane warble to it that makes the whole thing completely bizarre and unsettling. While the demo is sold out, there is a forthcoming seven inch that will have different versions of two of the demo's four songs.

I will close this piece out by mentioning a few bands who are not quite black metal, but retain the spirit the genre is known for. Austerity, and their amazing self-titled full-length, is as mandatory as they come. Released on CDR in 2009, and now re-issued on cassette, this record sounds like a mix of Die Festung and El Mundo Frio. Harsh, bleak doom with cold, lifeless ambience. 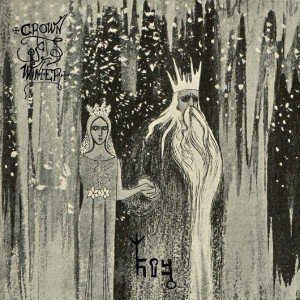 Coming from Circle of Ouroborous' sphere of influence, Key released their debut, Crown of Winter.  I absolutely love this release in all of it's folk glory. The cassette boxset sold out quick, but the CD version is available, but limited as well.

So that wraps up our first installment. I could have listed much more, but decided against information overload. See you again in October.