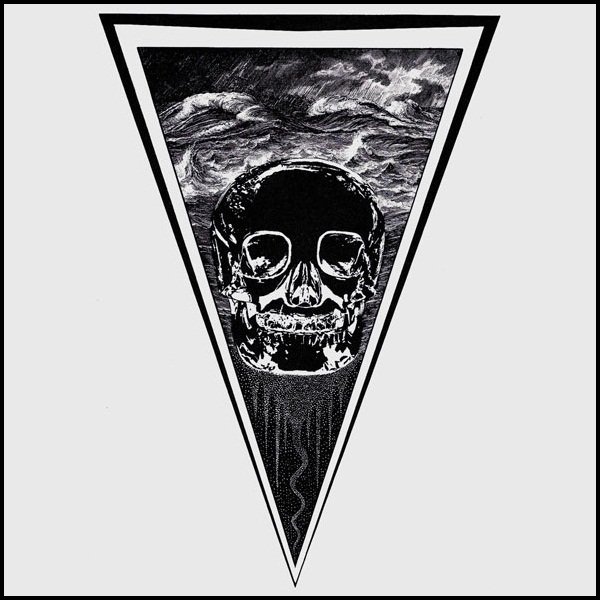 Limiting your debut full length release to a staunch 150 cassettes is an accepted method of consumption in the black metal underground. An attitude the majority want to believe results from a clandestine understanding available only to a mute few. In reality the limited nature of releases has far more to do with the Ennui contained within. Such a shame then, that a band like Ash Borer, who have come leaps and bounds since their debut cassette showcased a pummeling approach to cathartic release, have chosen to limit this stunning and entrancing piece of art to a meager 150 cassettes.

Ash Borer was born from the now waning Cascadian school of black metal championed by the derisive Wolves In The Throne Room and Skagos. During earlier recordings, the plaintive echoes of this Cascadian influence dampened Ash Borer’s sound. Ever since the (equally limited – despite the recent re-release by Gilead Media) split with Fell Voices last year, Ash Borer have been morphing their sound away from tried templates towards their own unique blend of cathartic black metal. Hints of Darkthrone-like orthodoxy tread toes with melancholy arpeggios. Crescendo’s of post rock fervor ride the wave of the greatly improved drum work. Ordered sections of chaos traverse great stretches of time and space with complete ease. Everything about this release is unreservedly inspired.

Their approach sounds best when they play with unbridled aggression. Vast, crashing walls of guitars lead charge over some of the most original, inspired rhythms ever committed to tape. Far from the monochrome tin-can rumble the orthodox of old spawned, Ash Borer’s conviction allows them to find grooves at profane speed. ‘My Curse Was Raised In The Darkness Against A Doomsday Silence’ is an archetypal example. Blinding sections of rage interweave with the blistering calm of serenity. Distorted feedback-fed walls of power chords beckon dense clouds of mist before a single snare hit shatters the discord. At their fastest, Ash Borer are unstoppable. Daunting and enthralling, not one note or footfall is out of place on this 40+ minute convocation of ethereal might.

The music contained within this coveted cassette has a peculiar feature that I first begun to notice when Ash Borer began carving their own sound on the split with Fell Voices. This chopping and changing between sections of atavistic rage and repressed melancholy occurs without me being fully conscious of it. The changes are subtle and invigorating. They rile me up and calm me down. Like crashing tides of suspense and release, Ash Borer transcend beyond the vast majority of music today by provoking an emotional (if not physical) response. I find myself walking faster as the tape progresses,  great explosions of thought and awe manifest and the experience becomes all the more cerebral and intense.

Ash Borer have tapped into the raw nerve of nature, finally free from the shackles of the Cascadian influence. They are sitting on the edge of a new plateau, with immeasurable amounts of hope and weight sitting on their shoulders. The future is very bright for this very young band.