At some stage in the production of an album, a band needs to choose whether to bow to the convention of an intro or dive straight into the metal. It’s a crucial decision: an ill-advised intro can sound forced and gimmicky; but if you pull one off well it’ll transport the listener out of their everyday existence, the perfect preparation for escapist music such as metal. I’m not a fussy guy (a sucker, in fact, for those hackneyed rain and wind samples) but every now and then a slightly dodgy intro seriously cuts down my enjoyment an otherwise decent album. It’s usually for one of three reasons: 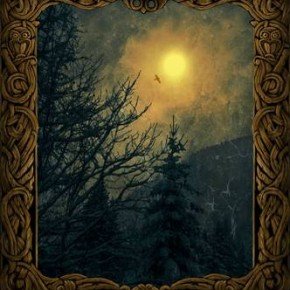 There’s a lot to commend about Wodensthrone’s Loss, and I’ve grown to like their brand of nearly-Slavic Black Metal more and more since its release, but I’ve still not quite got over those opening few minutes. As a stand-alone piece, the introductory ‘Fyrgenstréam’ is a stunning collage of acoustic instruments, natural samples and stirring monologue. But as an intro, it’s mixed way too loud: when the opening blasts of ‘Leódum On Lande’ kick in, they sound tame and quiet, not a final release of tension. An intro should give power to the metal that follows by offering a contrast. Take the opening of Funeral Mist’s Salvation. While not strictly an intro, the way the volume soars up just in time for that lead riff multiplies the chaos and fury tenfold. 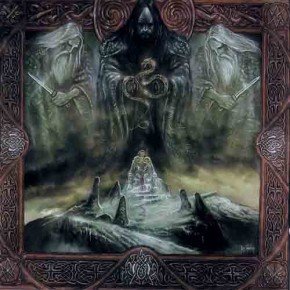 Before you all jump on my back, I love Absu’s Tara. Every song is phenomenal, and that raw production gives it a big leg-up over the self-titled successor. Plus there’s some great attention to detail: that sword-stroke at the end of ‘A Shield with an Iron Face’ is one of the coolest finishing touches to a metal track. But for all its glory, Tara plays a dangerous game. The eponymous bagpipe intro is an effective atmosphere-builder, and by the time it reaches its closing strains I’m fully ready for some evil thrash. The trouble is, though, that the intro, with its warm and full tone, makes the first bars of metal ring hollow and weak. The quality of the songs more than makes up for it, but on an album of lesser worth this could prove fatal. A great intro, in contrast, can use a difference of tone to its advantage. The perfect case is Peste Noire’s La Sanie des Siècles: after the trebly and decrepit waltz of the intro, the following song feels full-bodied and powerful, despite being fairly raw (by normal production standards).

Needlessly stretching an intro out to the point of tedium, or leaving just too long a gap before the following song, is the easiest way to undo all the effort you put in building the anticipation. The one major violation that comes straight to mind is Refused’s The Shape of Punk to Come, which fleshes out its intro with what feels like minutes of boring noise. You just don’t get the same sense of release when the song finally kicks in. On this issue bands should take a cue from Kreator’s Pleasure to Kill. After the surprisingly epic-sounding intro, the arrival of the metal is timed to perfection. By the time the thrashing starts, my blood is fucking boiling. Play us out, Mr Petrozza.