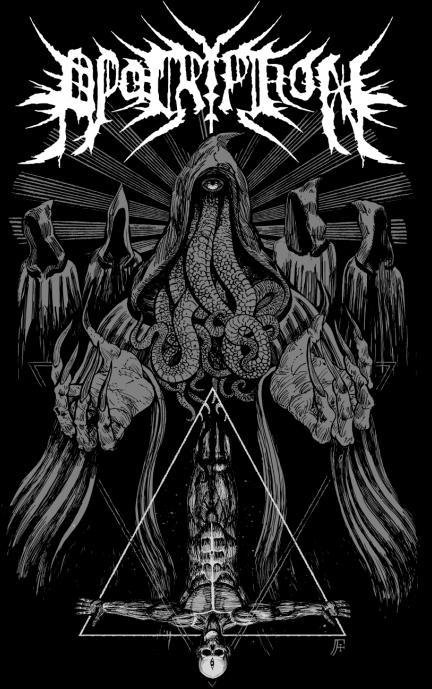 Look at that fucking picture.

One of the easiest accusations to level against most modern Death Metal is its lack of personality. The two extreme wings, the technical and the old-school, suffer from the same plague of homogeneity. Contrast this with the genre’s early days: anyone worth their salt would have a hard time confusing Autopsy, Immolation, Death, Nihilist, Necrovore, and so on. That’s probably why a handful of them attained a level of commercial success way beyond the reach of the Vasaeleths of this world. It’s a pleasure, then, to come across a band today that has enough personality to rival the Old Masters. I’ll let you see what I mean before shoving any more praise down your throats:

THE WHOLE THING’S ON BANDCAMP SO CLICK RIGHT HERE AND GET STREAMING.

If you’ve ever chanced upon guitarist Shelby Cobras’ blog Illogical Contraption, you’ll know where a lot of this personality is coming from. Besides posting about metal, Cobras writes hilarious essay-length pieces on conspiracy theories, sci-fi,  psychedelic drugs and, you know, the odd bit on quantum theory. All of this, including the humour, has made its way into Apocryphon, judging from the few bits of lyrics I can make out (‘bow to the reptile’ is a highlight). As for the music, I won’t waste much time trying to describe: there’s some grind in there, but really this is just great Death Metal with a strong sense of rhythm (I bet these guys enjoy the occasional slam record), some smart lead work, great samples and a straightforwardly sick dual vocal approach. There’s a sense of fun here that gives this music so much more life than most death metal. It’s not a parody or joke band by any stretch – just one that is clearly enjoying the chance to play some great songs together. And if you can persuade someone (this guy) to produce artwork that good for your band, then what more do you need? Certainly not a new band name: ‘Apocryphon’ (‘hidden thing’) is probably the best name you could come up with for a band obsessed with conspiracies. This had better not be the last time we hear it.

I try not to go down the ‘buyer’s guide’ road with my reviews, but I’m going to make a change in this case. Apocryphon are selling their very smartly packaged CD along with a shirt with the above print for only $16. With postage included, it cost me only £14 to order these to the UK, which is just silly. I wish you all the luck in the world trying to resist that purchase. But even if you can’t spare the cash, many a sore neck awaits you over here.