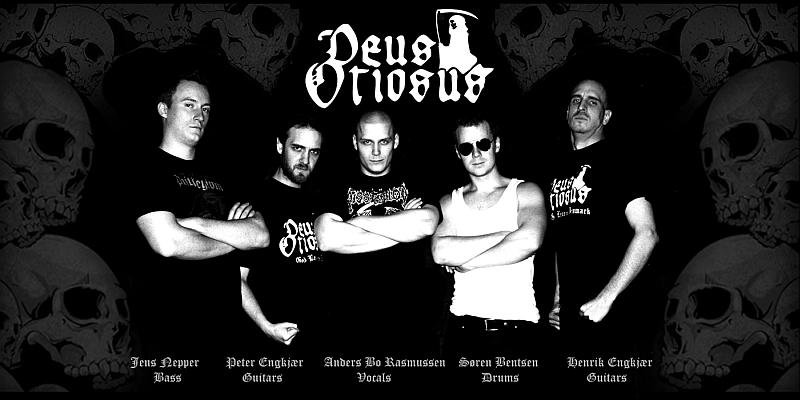 If any more proof of this godless world was needed, other than sense experience, the arduous rise of death metal certainly lends itself to this fact. Loud, blasphemous and grotesque, it’s been sneering at the merest suggestion of the sanctity of life for the best part of thirty years now and still seems to be writhing with a noisome vitality.

The latest militia to come to LURKER’s attention is Deus Otiosus, whose moniker, although strange to the eye, perfectly reflects this age-old denial of humanity’s most repulsive neurosis, being Latin for “idle god”. In the vacuum left by a weary, uncaring or altogether non-existent deity, this Danish horde has unleashed its debut full-length, Murderer. 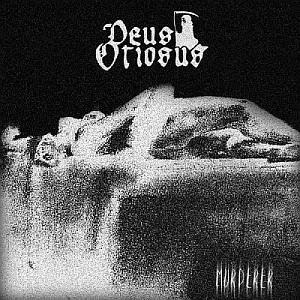 The band formed in 2005 amid the tepid metal scene of Scandinavia’s smallest territory. So it’s unsurprising that the brothers Engkjær and Søren Bentsen of Denmark’s best thrash/speed metal band, Victimizer, have come together again to continue their fight against what has sadly become a bit of a musical blackhole.

Refraining from overt technicality and focussing on compelling song writing, Murderer churns a maelstrom with these eight adept slabs of belligerent death metal. It’s hard to get a reference point on Deus Otiosus because they really sound nothing like anything else around at the moment. Yes, it could be termed “old school”, yet nothing sounds borrowed or rehashed here. The record looks as much to the future as it does to death metal’s mid-90s heyday, almost like a po-faced Morbus Chron with all of the zany humour completely wiped clean.

Elements of thrash and black metal coalesce under the banner of death, as domineering walls of power chords are broken up by the gallop of palm-muted open strings (‘I Have Seen Him Slay’) and melodic inflections so reminiscent of cold Norwegian majesty (‘Ye Pigs Of Little Faith’). The vocals, too, are executed with skill – a deep, hollow battle cry which leaves plenty of space for all the instruments to weave their unholy cacophony.

In fact, the interaction between each musician is really fantastic. Each track is solidly composed with guitars and bass setting the scene, relatively gently at first, but before long all hell breaks loose and a tight percussion section takes hold, hammering the riffs into the ground and adding pitch-perfect fills and cymbal variations. Double pedals are abused far too much in death metal, but Deus Ostiosus know precisely when they are needed and when to hold back, allowing the simple but effective riffs to whip up a dense, dark atmosphere.

As mentioned before, there is nothing technically astounding here, but it’s a real boon for the album, which relies on catchy guitar phrases to build what are essentially memorable, verse-chorus-verse songs with punch and potency. However, the guitarists are true masters of their craft, piling on molten solos exactly when the song structure begs for them.

Murderer is one hell of an album that should give anyone eyeing modern death metal with suspicion something to think about, and quite a surprise considering the dearth of excellent metal coming out of Denmark at the moment. You can pick this force of nature up from American Line (for the Americas) and FDA Rekotz (rest of the world).