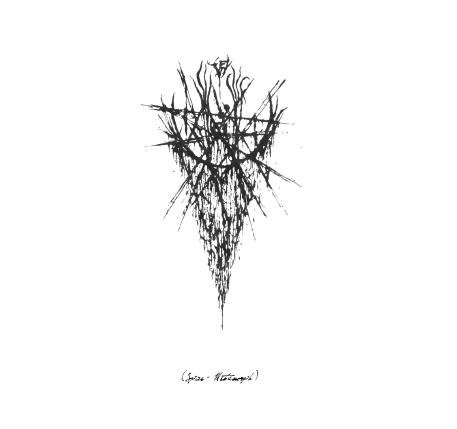 Spire herald a sluggish, mid-paced dawn on their latest EP, Metamorph. Great waves of atmosphere rise like fog from the rhythmic tonic of orthodox black metal that lurks beneath. Taking as a foundation the ‘sound-not-song’ approach to music, Spire achieve a sense of all-consuming bleakness by furrowing the brow of the orthodox framework. The rhythm section utilizes an array of time signatures and dissonant bass melodies. This rethinking of basic building blocks is met by walls of swarming guitars, reverb-heavy production and an outline of bleak drone, fuzz and chaotic noise. There may even be the occasional nod to fellow countrymen Portal as Spire express their ability to bend the typical machinations of a genre’s blueprints around their own will.

Metamorph is a clusterfuck of atmospheric black metal incantations and dense drone. Tracks tend to develop uniformly in line with clearly definable influences before breaking off into unchartered territory. Take the undeniably Blus Aus Nord-sounding procession of ‘Zygote’ before the breaking point at four minutes in. Catharsis unleashed. Total desperation collides head on with the tremolo picking of detuned strings and ambient aura of guitar-driven metal. It is rare for a band to produce a catalogue of such unforgettable riffs in black metal circles. What allows Spire to thrive and evolve is exactly this. Metamorph introduces a welcome blend of atmospheric string work with the orthodox school of guitar to great effect.

The end result is something captivating yet wholly unwelcoming. Metamorph marks a great improvement on the self-titled EP (available at Bandcamp) and sees a band pushing forward in their own direction. Spire are doing for black metal what Portal have done for death metal and they combine it with the kind of ritual gravitas that accompanies Order of Orias. The feel is very Australian and fans of either mentioned band will not be disappointed. The EP is available from the band directly now.